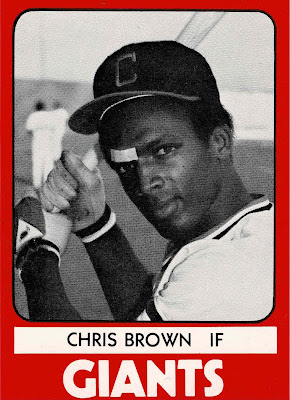 I recently picked up a complete 27-card minor-league set of the 1980 Clinton Giants. They were pretty low on the minor league totem pole, a Iowa-based Class A team in the Midwest League who happened to go 62-79 that year. Perhaps that presages the parent San Francisco club's misfortunes in the mid-1980s, when some of these young men would ultimately make it to the bigs, like our cover star Chris Brown, who had a pretty studly year for the '85 SF Giants and finished 4th in the NL Rookie of the Year voting that season.

What's with the band-aid, Chris Brown?

The cards are pretty simple and have relatively limited information on the backs, which is unsurprising considering that some of these guys were 18 years old and about to start their first professional seasons. They were made by TCMA, who made a huge amount of card sets around this time. I didn't think you'd want me to scan all 27 of the cards - and you know what, I didn't want to anyway - so I picked a few of the guys that I knew eventually made it to the majors, and figured you'd want to take a look at them here. 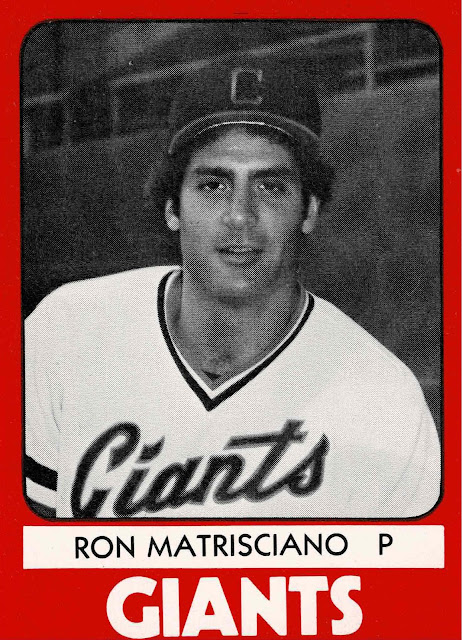 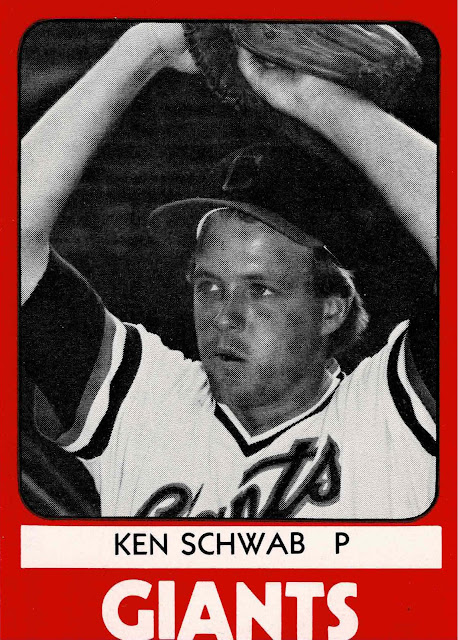 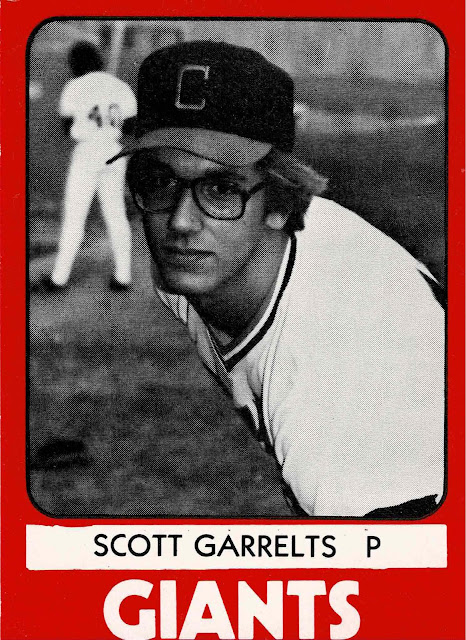 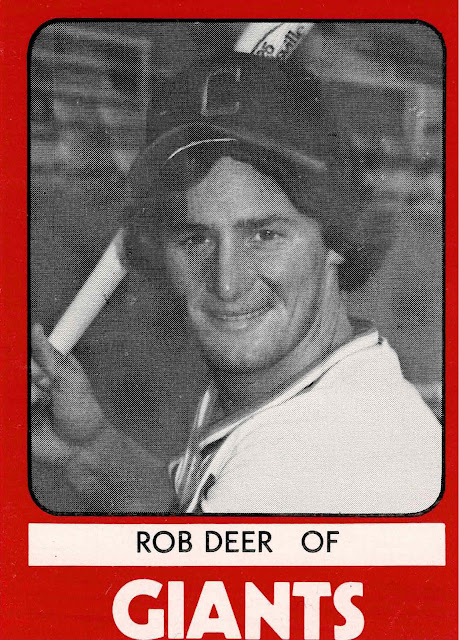 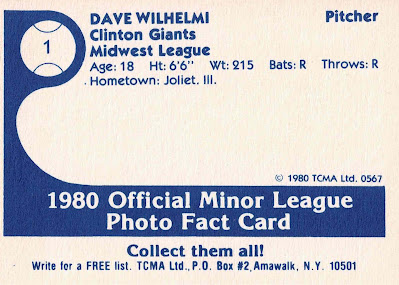