Not Playing Baseball Scratch Off 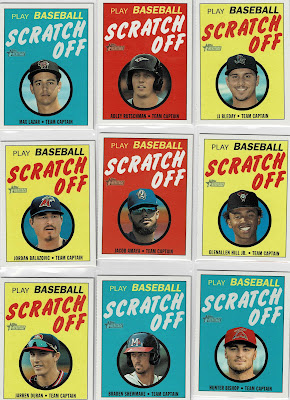 I've had a pretty fun time pulling together the 2020 Topps Heritage Minor League set. I completed the base set - even the short prints - late last year, I reckon it was. But collecting being what collecting is, I knew that wasn't really the end of the story. I'd need to try to get at least some of the "Blue Border" or "White Border" variations, just to say I had some, and of course pull together the full set of those 1971 tribute scratch-off cards.

I have several of the real 1971 Topps "Play Baseball Scratch Off" inserts, and in order to get them at a decent price, I've typically bought ones that some child had already scratched off and defaced with a coin. I'm too lazy to look right now, but I think it's fair to say I don't have any in pristine, non-scratched-off condition.

By contrast, all 19 I've procured of the 30-card 2020 Topps Minor League Baseball "Play Baseball Scratch Off" inserts, made in tribute to that 1971 set, are pristine and in lovely shape. Some even feature guys who've already hit the majors, or who are about to. At least one or two is likely to become a superstar.

I recently picked up a bunch more of these, which you can see pictured here. 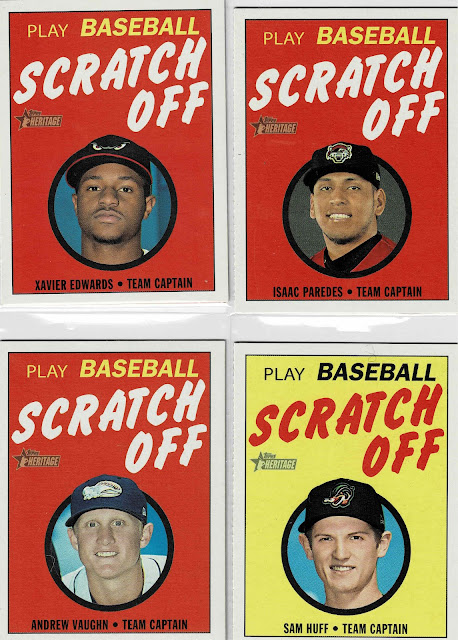 OK, so I'm getting back to documenting the cards that I was able to procure at the Bay Area Sports Cards & Memorabilia Expo two weeks ago. As I said in a post last year - if you get a bunch of cool new cards, but aren't able to share them on your dorky card blog - did you really get them at all?

The whole morning and afternoon was such a frenzy that I've already kind of forgotten which crevices I dug these out of. So many dealers had interesting stuff to look at - I mean, the ones selling baseball cards, and not overly-priced Zion Williamson "slabs", Funko Pops and Pokemon cards - that I just kind of bumped myself along, table to table, sprinkling very small bills along the way.

I found three 1959 Topps cards at good prices - stars of the era, even! Robin Roberts, Hoyt Wilhelm and Early Wynn. Is there something to the trope that people typically don't care much about pitcher cards, at least in terms of book values relative to those of hitters? I really don't pay any attention to book values, but that would seem to be the case. All three of these guys are in the hall of fame, and all 3 cards are in pretty good shape. If I paid any more than $3/each, I'd be surprised (it wouldn't be like me to do that). 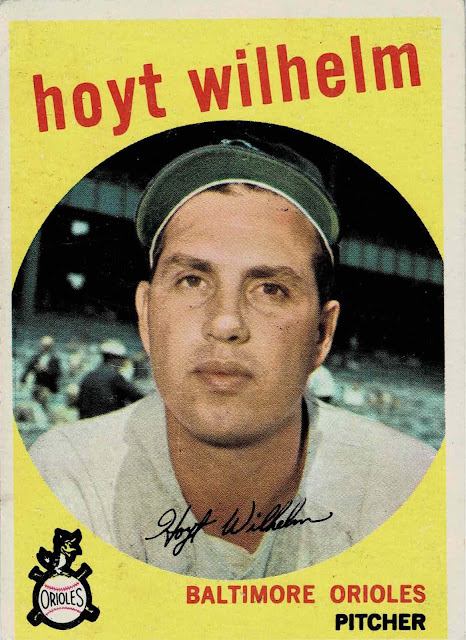 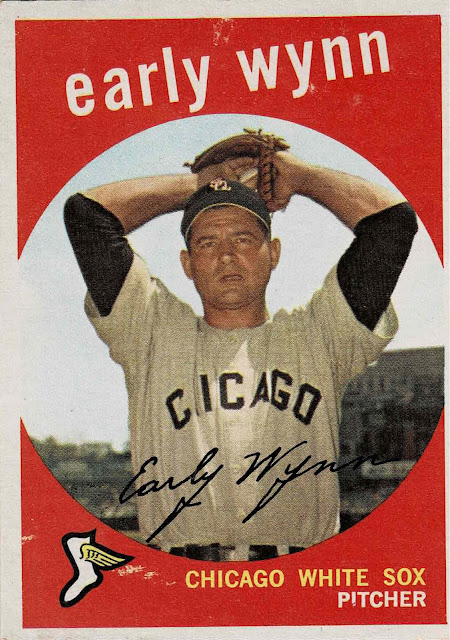 I was able to find a couple of 1962 winners in a pile somewhere as well: 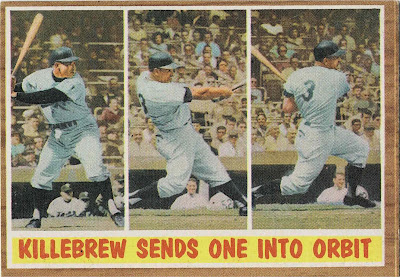 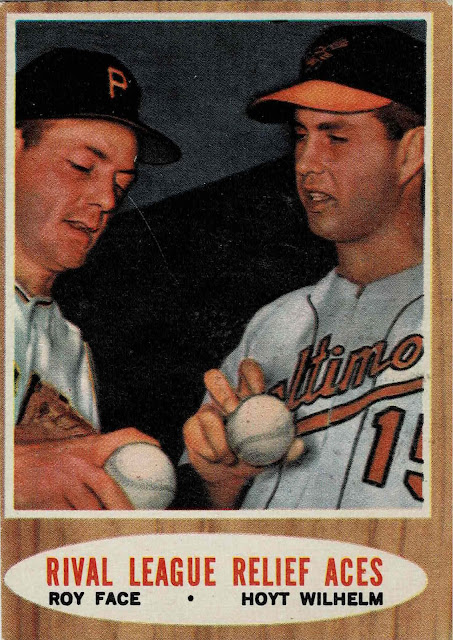 I had totally forgotten that John Elway had attempted to be a baseball player at one point. The 2005 Topps All-Time Fan Favorites series didn't, however, and I couldn't resist picking this one up: 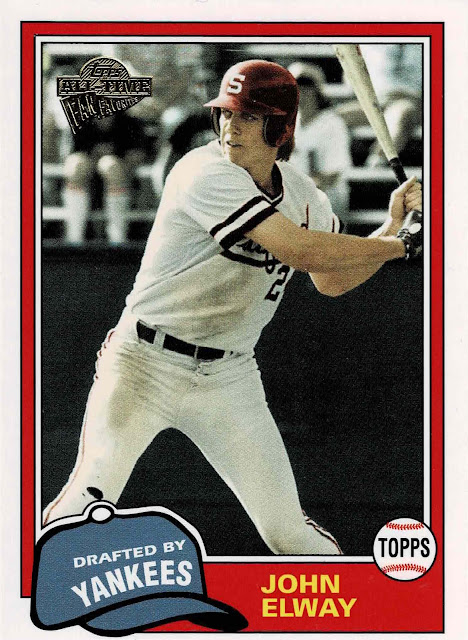 Also, these guys. They're Dodgers, but I'll let it slide for 25 cents or whatever this ended up costing me: 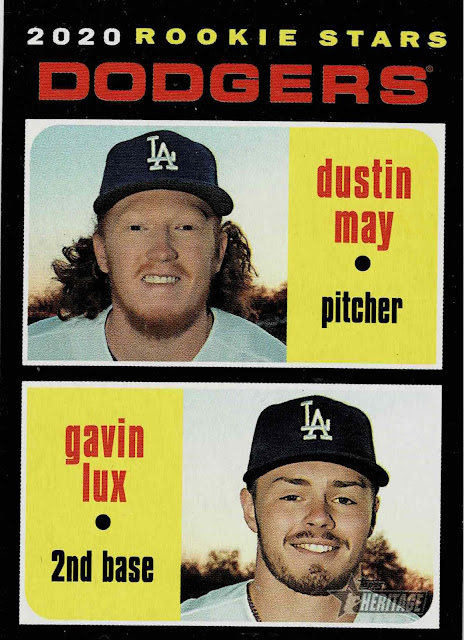 I thought these two Allen & Ginter relics were lovely and affordable: 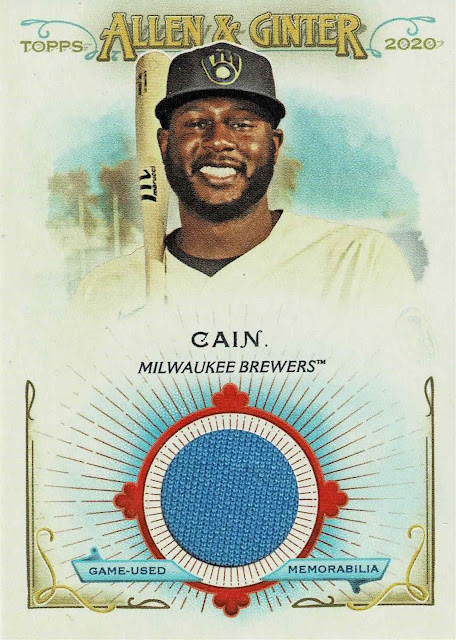 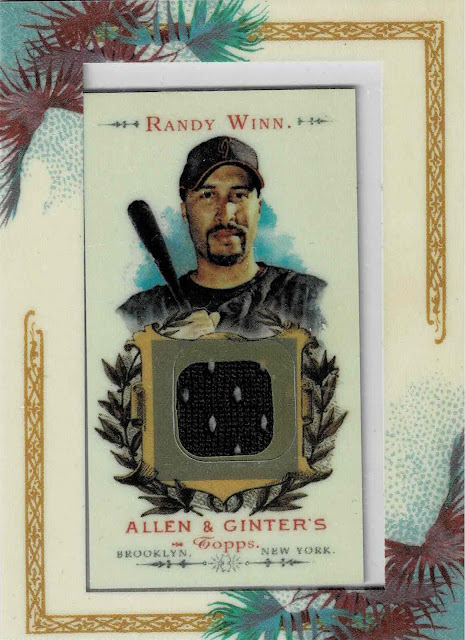 One of my all-time heroes, Juan Marichal, was one of the 24 Topps Baseball Scratch-Offs in 1971. Mine is clearly mis-printed (well, not clear to you, because I edited my scan a little) and was scratched off on the back, so I got it for a song: 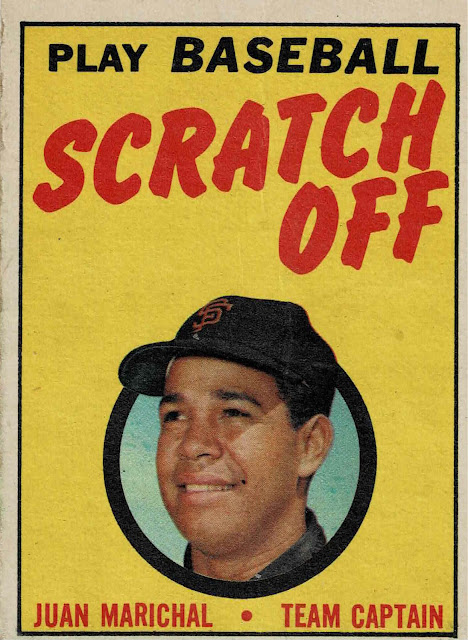 Finally, I think this is only the second 1954 Bowman card to make it to my collection, after a Johnny Antonelli I got some time ago. I'm happy that it's Minnie Minoso, a guy whose cards I'm hoping to collect in full someday. That's it for now, until the next batch of scans. 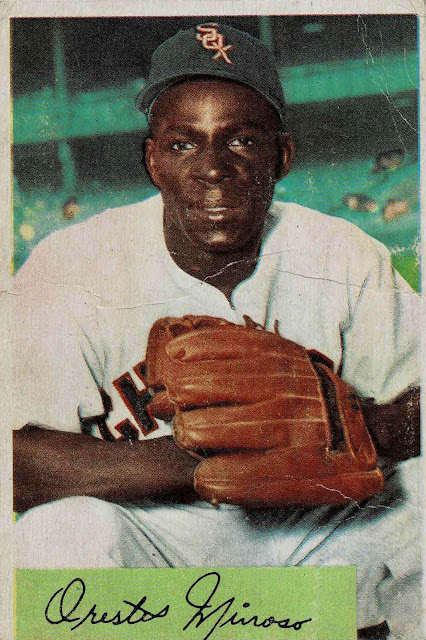 I hadn't been aware of the 144-card 1960 Leaf baseball set until just a month ago. The cards are, as I'm sure you can see, black and white, and each contains well-written biographies on the back along with 1959 and career stats. I happened to have liked what I saw online when I first encountered them, so put in a small bid for a lot of 3 on eBay, and....I won! I won! 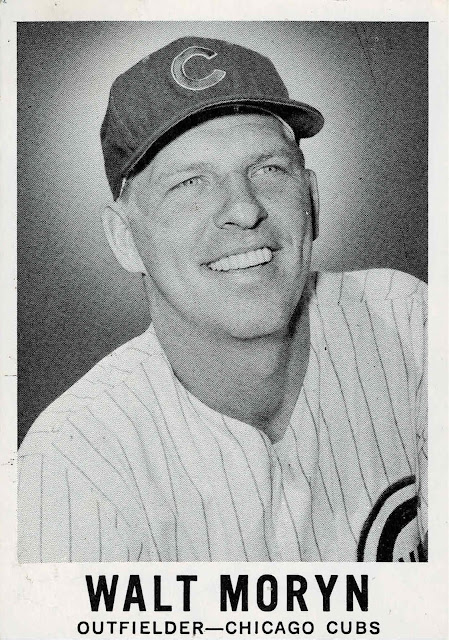 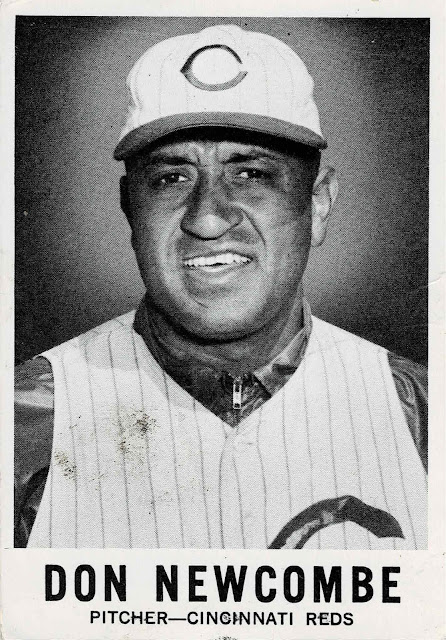 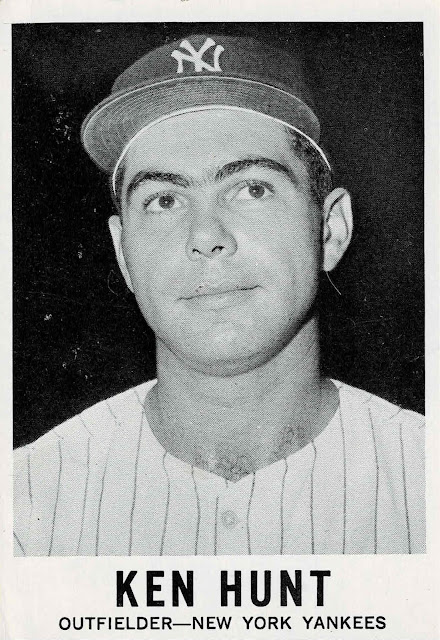 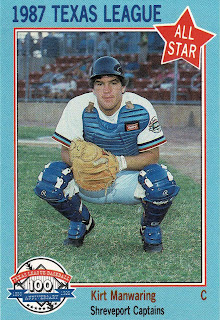 The other day a kind gentleman from up Canada way named Derek reached out to Card Hemorrhage; said he'd been reading the blog and whatnot, and what say he and I make a trade of some kind?

Why, I jumped at the opportunity to do a little bit of commerce with Derek, and off we went. Now, him shipping to me and me shipping to him - well, it gets mighty expensive. So he and I did what two traders do when faced with such a conundrum, and we swapped the proverbial "PWE" in order to set things straight between us. He got a few Phillies and a few Blue Jays for his part. Me, I got me some 1987 Texas Leaguers!

I'll always get excited about minor league cards of any kind. As I may have mentioned a half or so dozen times, I even like the fellas who never made it, but let's admit it - it's a little more fun when they did, am I right? Like Kirt what-is-that-Manwaring, a legendary SF Giants catcher of yore! Here he is in his Shreveport Captains duds, donning the tools of ignorance, and happy in the comfort that he's a Texas League All-Star, by gum.

Here are a few more that Derek sent me: 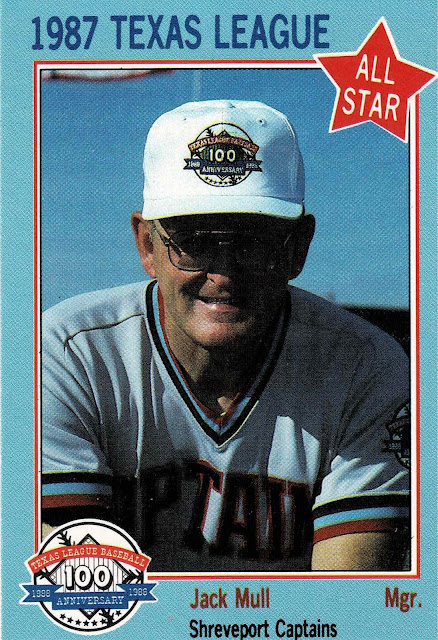 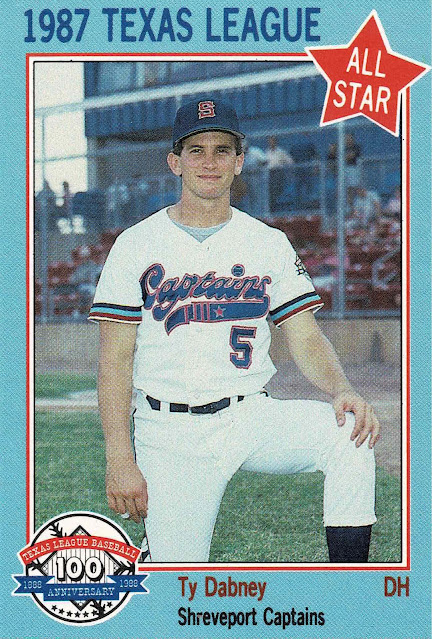 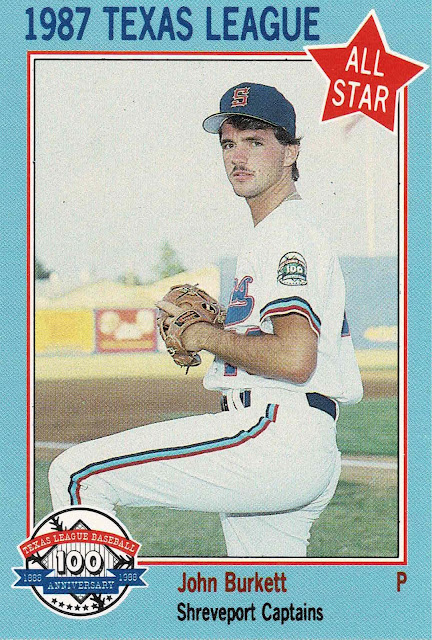 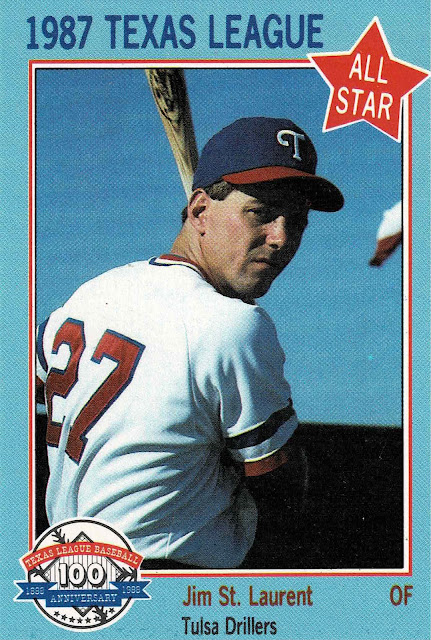 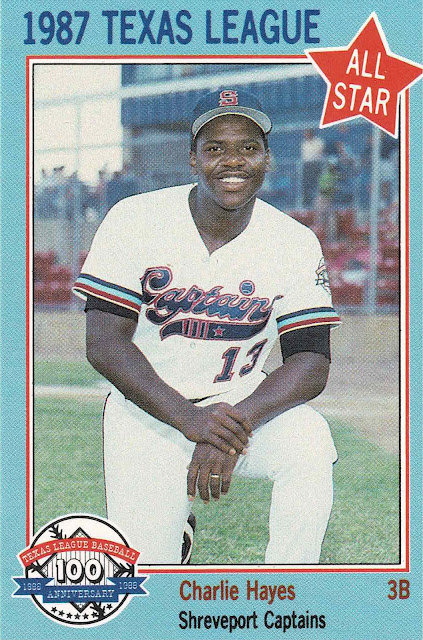 Derek didn't stop there - though he could have! Nah, he also sent me a couple of 1960s wants for my collection, plus this other ephemera to boot. Gracias and thank you kindly from your neighbor down south, Derek! 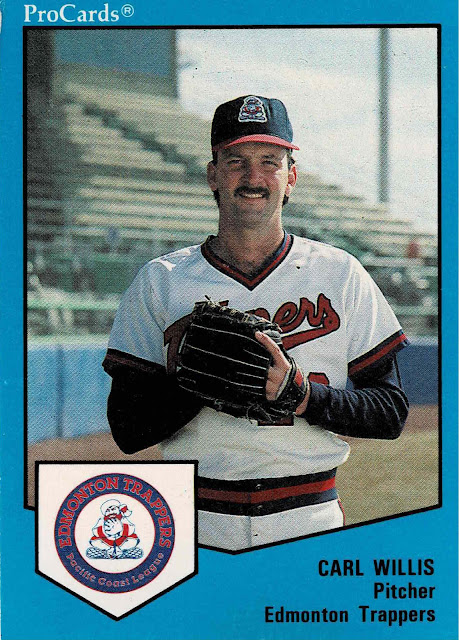 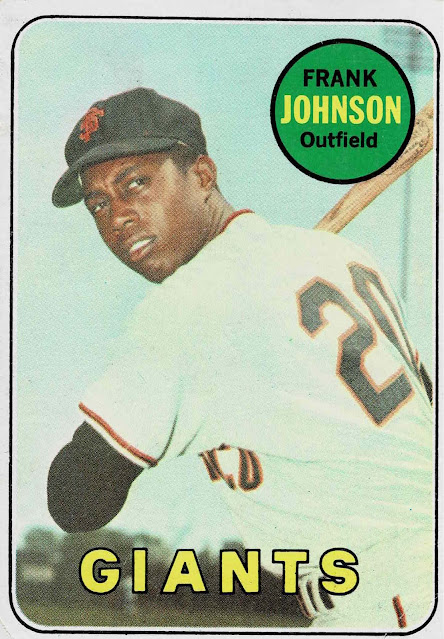 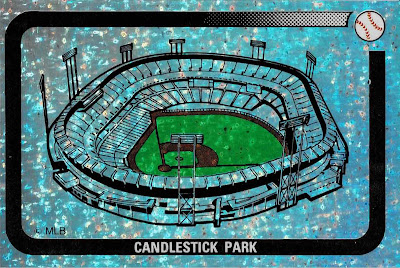 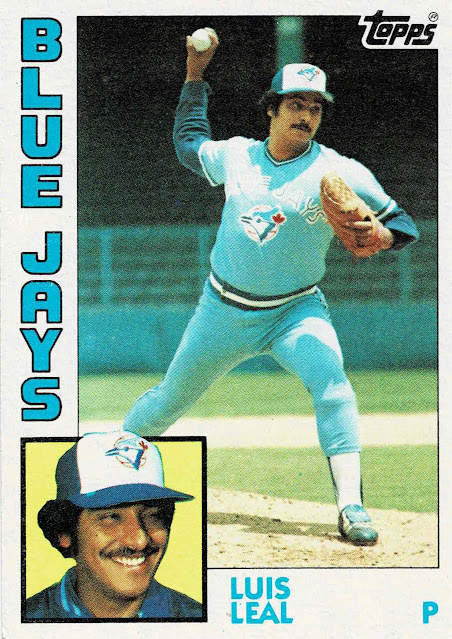 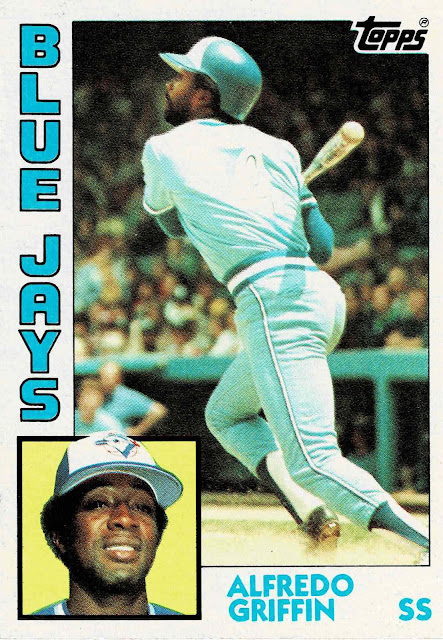