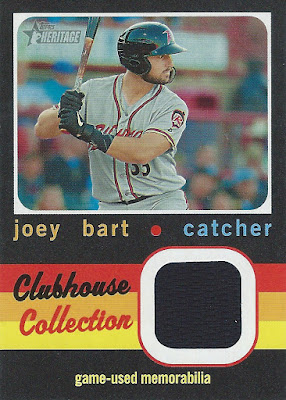 One thing I have yet to do is build an entire set of new cards from scratch. I'm working on building entire sets of 1965, 1971 and 1972 Topps baseball; 1975 SSPC baseball; and 1974-75 O-Pee-Chee WHA Hockey (the latter of which I'm nearly done with). Every one of these I'm going card by card via trades, orders and trips to my local card shop. Now I'm adding a new set, because I think it looks fantastic and because, at 200 base cards and 20 short print/high numbers, it's achievable. It's 2020 Topps Heritage Minor League. I just bought a hobby box, and I'd like to share it with you.

As with any of these boxes, there are some great parallels, inserts and special cards. That's mostly what I've scanned today. Like - out of the 18 total packs I opened, only one of which was going to have a uniform swatch card, if I had to choose one single prospect whose game-used memorabilia card I'd want to get, it would have been Joey Bart's. And there it was, in pack #2 - Joey Bart. One of the two prospects whose cards I'm actively collecting. (The other is Jo Adell). Off to a great start!

Another prospect, now bonafide major leaguer, whom I'm excited about is the Miami Marlins' Sixto Sanchez. This kid can pitch. And this parallel that turned up in my box is #13/15. Whoa. I don't have many cards that go quite that low in number. Bonus points for him playing for the "Jacksonville Jumbo Shrimp". 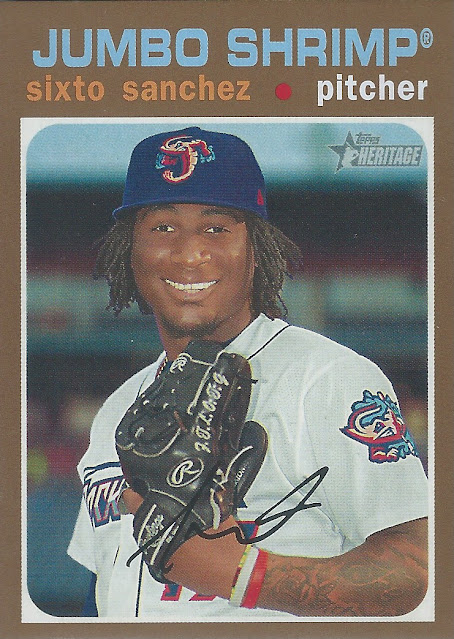 The autograph in my box belongs to one Andy Pages of the Ogden Raptors. He happens to be in the Dodgers' organization, which just figures, doesn't it? They're so good at building and nurturing a young talent pipeline that I almost can't hate them. 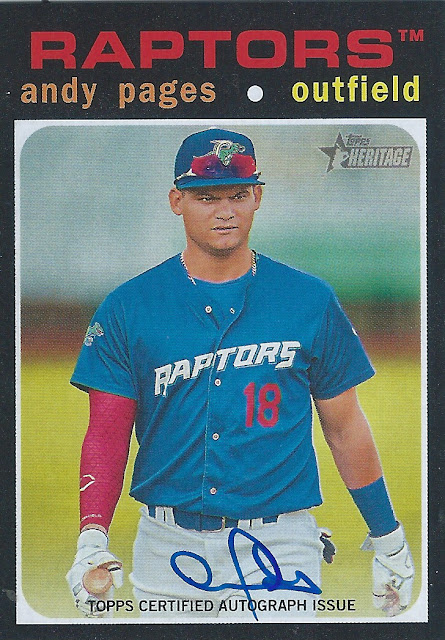 Just like 2020 Topps Heritage Majors, the Minors edition is based on the 1971 Topps design - one of the all-time greats. This also means it contains bonus extras like these "Play Baseball Scratch-Off" inserts. I got 4 of these guys. Here are two of them. 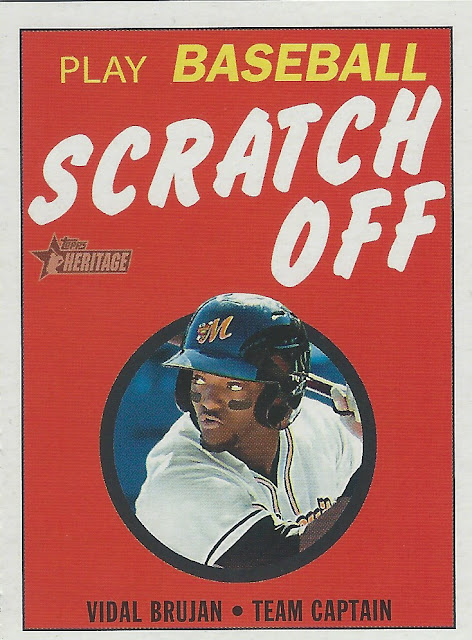 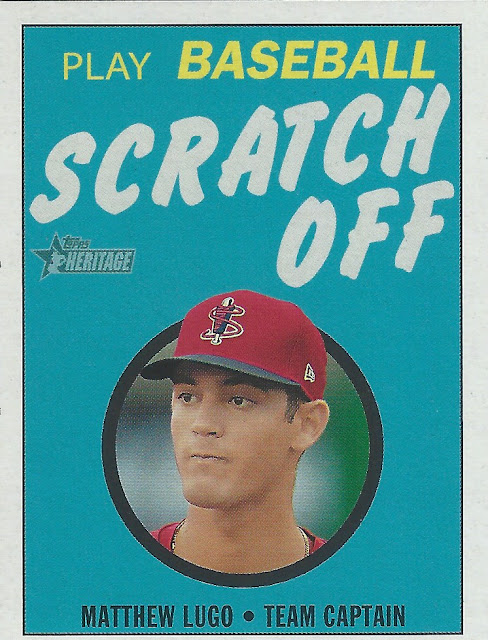 Anyway, now I'm so into this set that, like I said, I'm going to collect the whole thing. I'm well on my way already. If you've got any extras that happen to be on my want list, let's trade....? Oh - and you know what? This just might be the newbie in me showing, but I couldn't believe that out of the 18 packs I opened, there were zero doubles. Every card a unique card. Is that what they're doing now? I bought one of these 2020 Heritage Majors boxes and I'm pretty sure I got a bunch of doubles....am I wrong?
Anyway, here are a few more young studs from Heritage Minors. 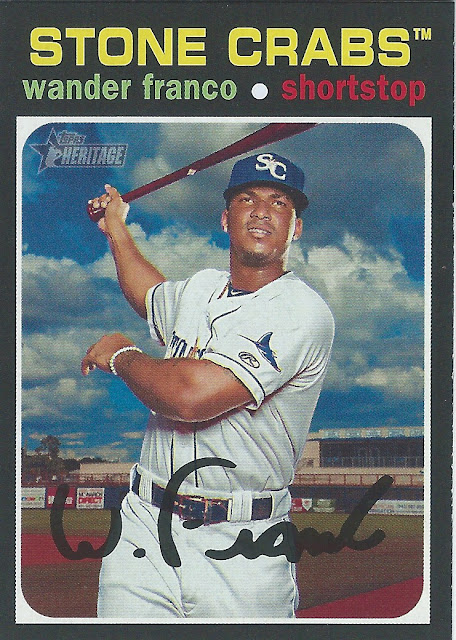 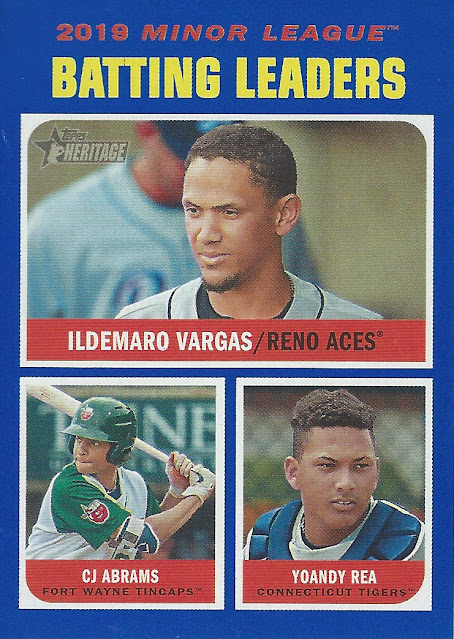 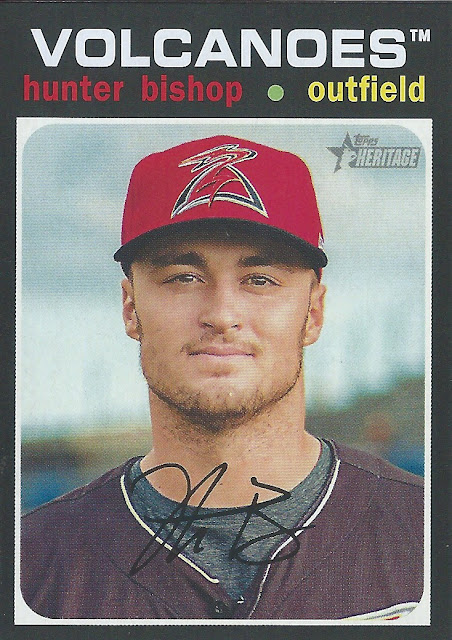 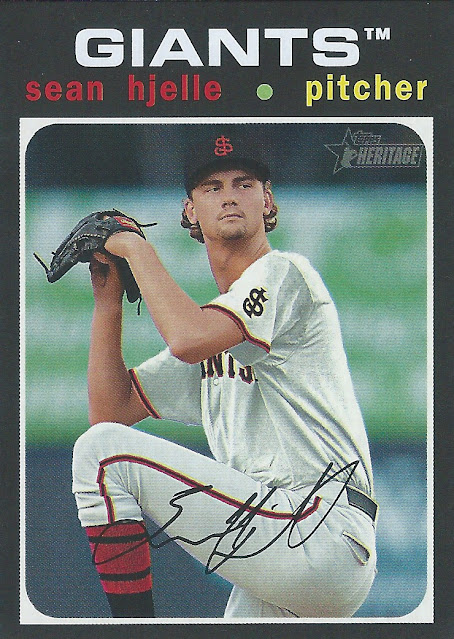