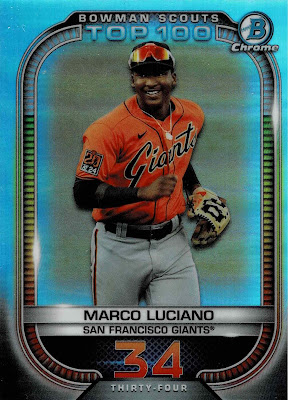 As I was finally getting ready to exit last weekend's Bay Area Sports Cards & Memorabilia Expo, I spied something in the corner of my eye that was calling to me.....Jaaaay......Jaaaay......and I therefore slowed my walk. It was a large cardboard box with multiple rows that said "25 cent Giants". This was, in fact, something worth stopping for. It was packed stern to stem with recent shiny prospect cards for my favorite team, Topps and Bowman and Panini, and most of 'em each things that I'd normally pay a couple bucks for.

I mean, this table had tons of them. For every card you see listed here, there were at least a dozen more of that card available at the same low low price. What's the deal? Do dealers just buy a hundred hobby boxes, "break" them, yank out the Wander Francos and the inserts and autographs and whatnot, and then sell off the rest? That's what I assume this dealer was up to. It certainly worked out for me, as I'm big on collecting all the prospects the pundits are yammering about, like Marco Luciano, a shortstop who's likely the guy taking over for Brandon Crawford in a couple of years: 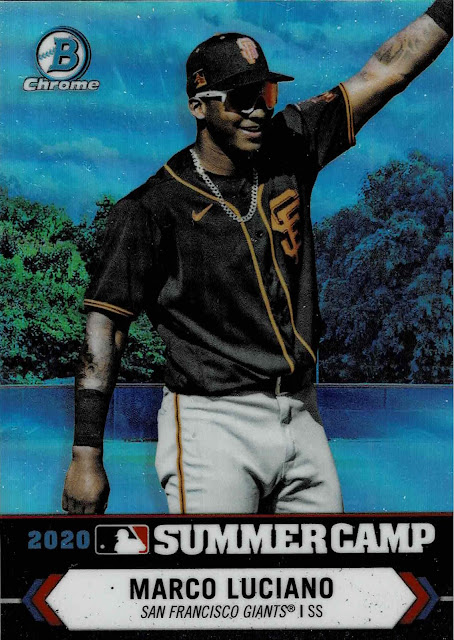 Naturally, Joey Bart, next year's likely starting catcher now that Buster Posey has retired, was well-represented, and I was pretty psyched to pick up these 6 cards of his that I didn't have: 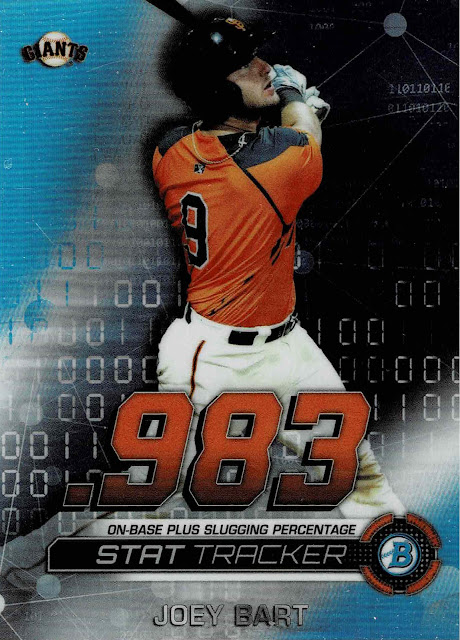 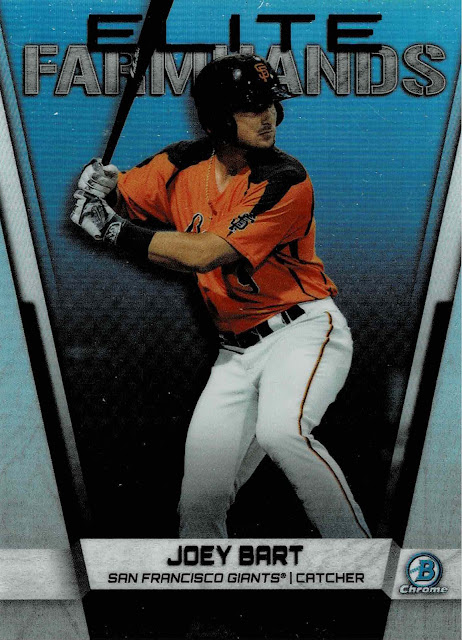 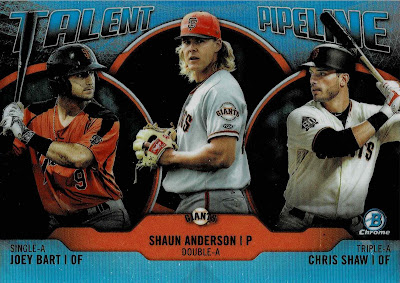 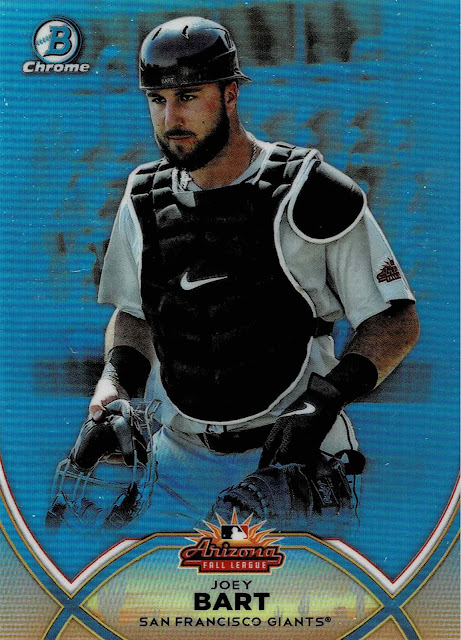 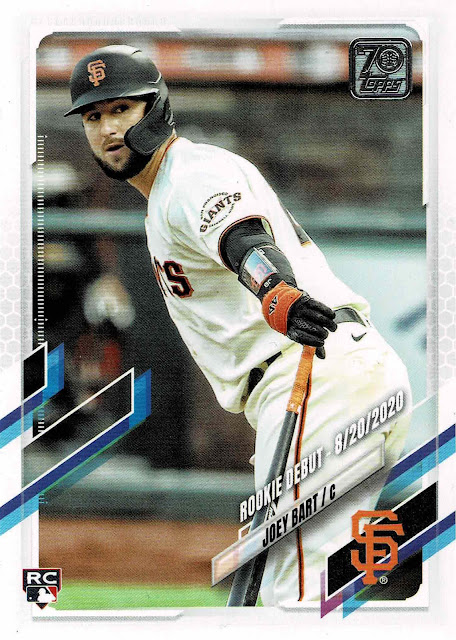 There's also another catcher in the mix, a first-round draft pick named Patrick Bailey who is sitting there right behind Bart on the depth chart: 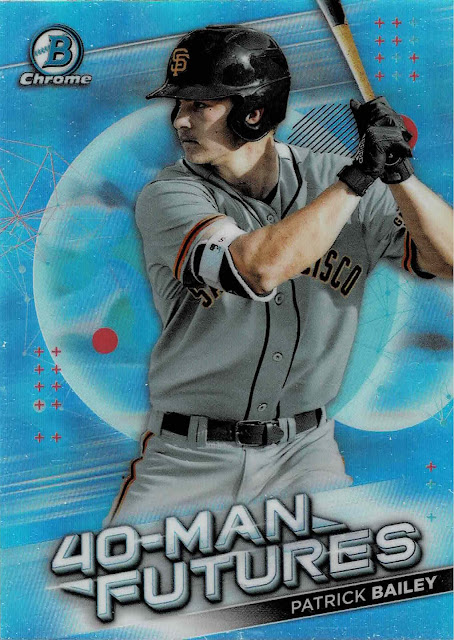 There's also Heliot Ramos, who may actually be on the team this next season and whom I've actually developed a surprisingly nice collection of so far without him touching the bigs: 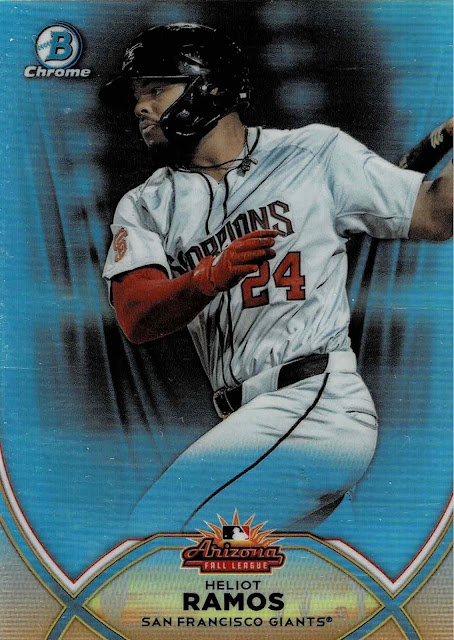 Here are a few others that were in the mix as well: 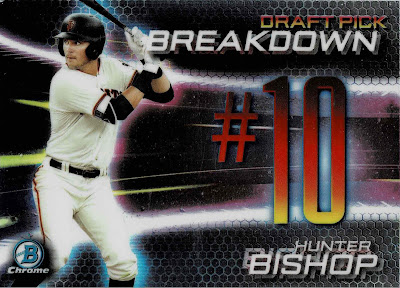 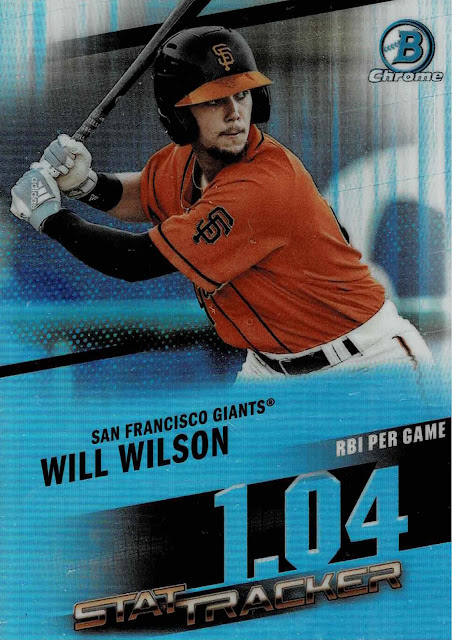 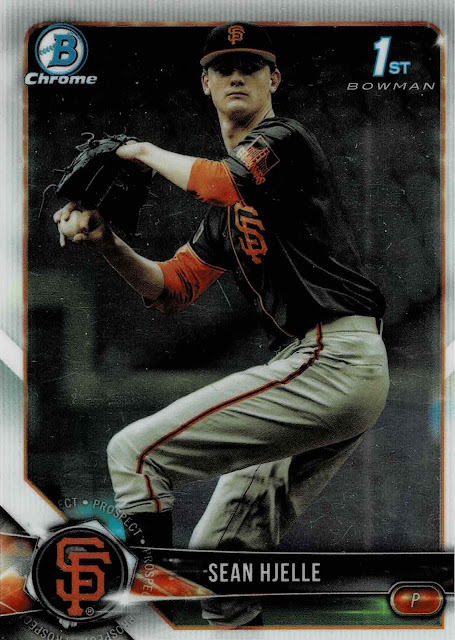