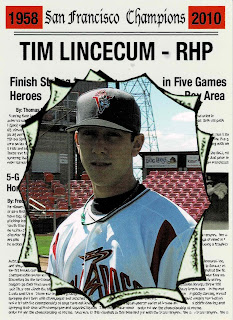 How cool is this? in 2010, right after the San Francisco Giants won their first World Series, their minor league affiliate the Salem-Keizer Volcanoes put out a 7-card tribute set that featured players who had passed through town and had been on the team. They're each pictured in their original Volcanoes uniforms, looking like baby-faces dreaming of one day becoming big-league ballplayers. All of these guys, save Schierholtz, have places in Giants postseason lore for their heroics in 2010, 2012 and/or 2014, or some combination thereof.

3 of these players - Pablo Sandoval, Tim Lincecum and Buster Posey - are guys I have personal player collections of, and therefore getting this set from an eBay seller is what you might call a "no-brainer". I did not know that these existed until last week. Take a gander! 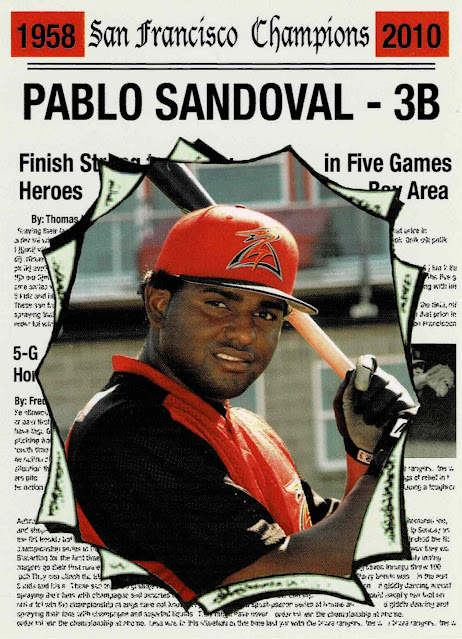 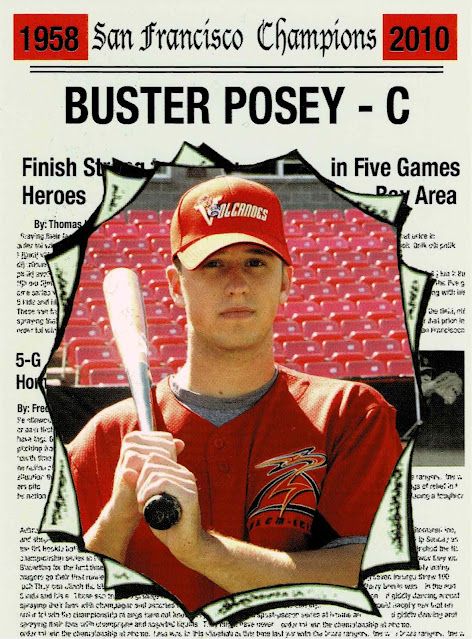 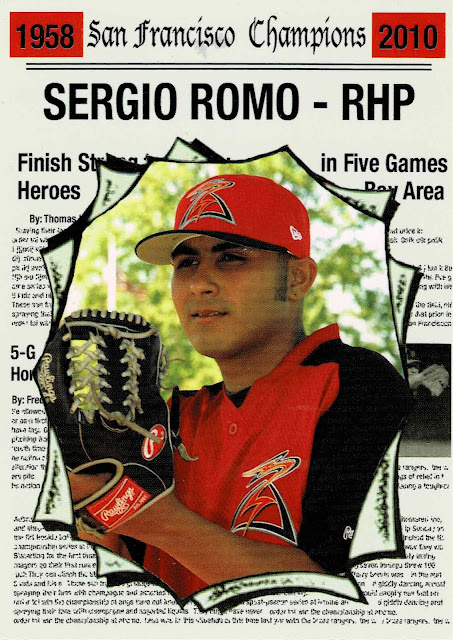 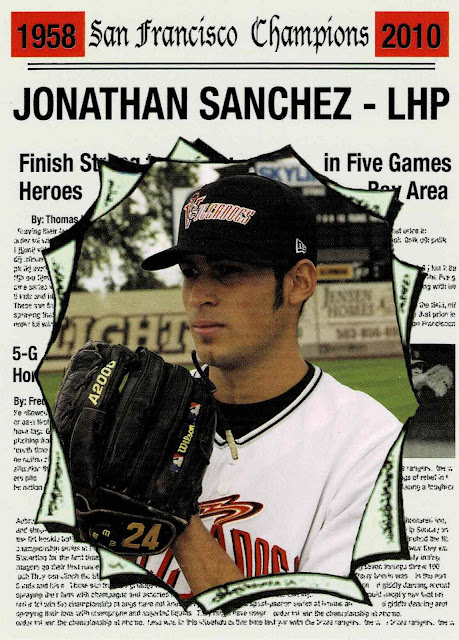 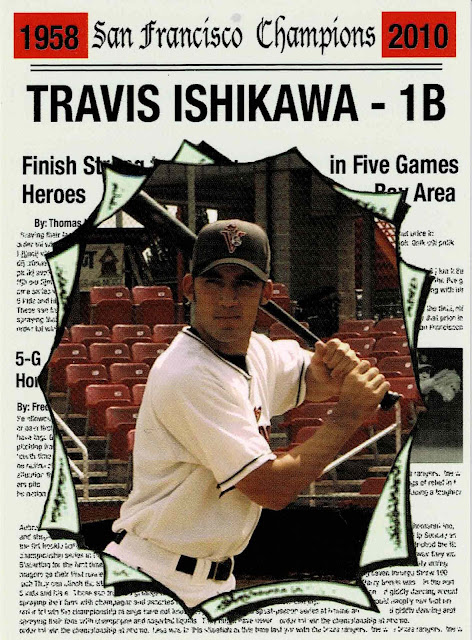 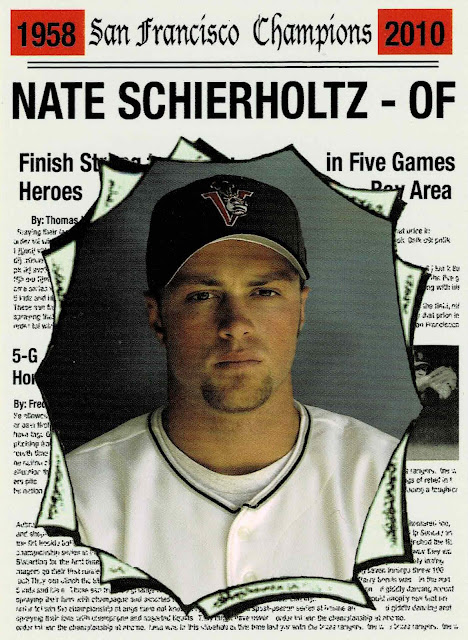