A Look at 2021 Topps Heritage Minors 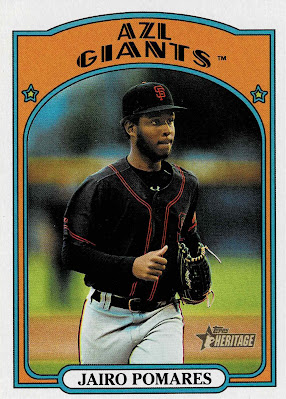 Last year I got pretty good n' hopped-up about the 2020 Topps Heritage Minor Leagues set, based as they were on 1971 Topps, my second-favorite design of the 1970s. My favorite is 1972, so of course, just as I'm doing with major-league 2021 Topps Heritage, I'm also seeing if I might be able to pull together a bunch of the Minor League version of the set.....you know, because it's based on 1972 Topps.

I mean - are they as stunning as the original 1972 design? No, they are not. But something about the wild-card nature of prospect cards - which is totally thrilling to me and thousands of others, likely including you - and the attempt at coming close to the '72 Topps design; well, it's good enough for me.

I bought a "blaster box" - nothing makes me feel as much like an overgrown child as I do typing those words - of 2021 Topps Heritage Minors baseball cards. And lo, it was good! These blasters really go a long way toward getting a complete 220-card base set built, and of course, they include exciting things like autographs, parallels and inserts that we collecting types like to revel in.

I reckoned you probably may already know what the base cards look like, so I'm just scanning a couple of fellas from the San Francisco Giants organization who were part of my "blaster" to give you a flavor. I already scanned a couple of the base cards I'd ordered online as a "prequel" to this blaster here. Among my other base cards were a few guys I am familiar with, but no second Wander Franco card - but I did get a Wander Franco in Action. 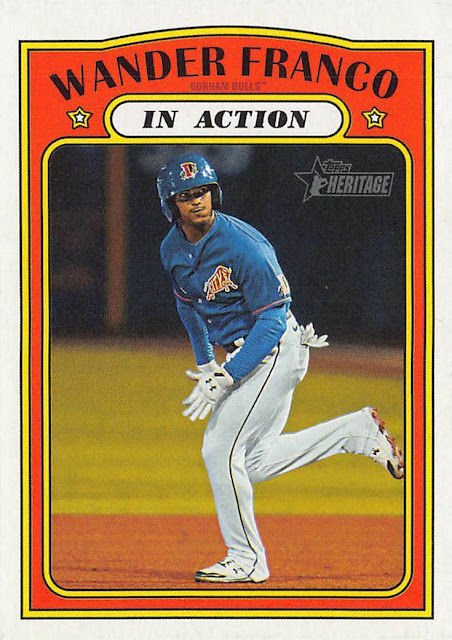 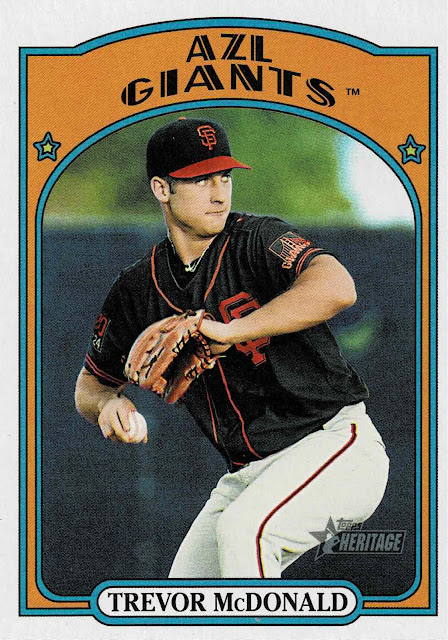 Here are the two autograph cards I received. Can't young men sign their names any longer? I blame the internet. 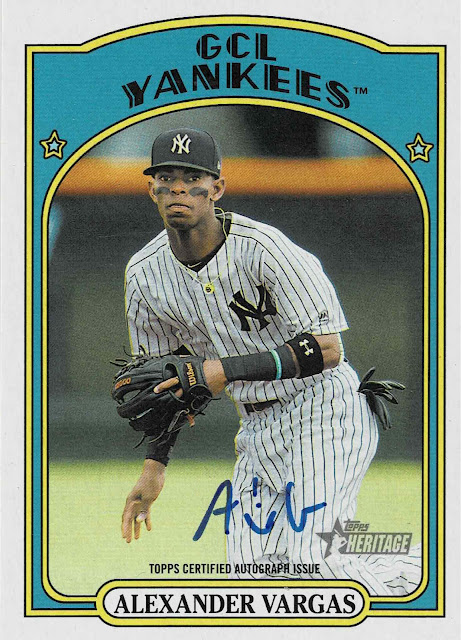 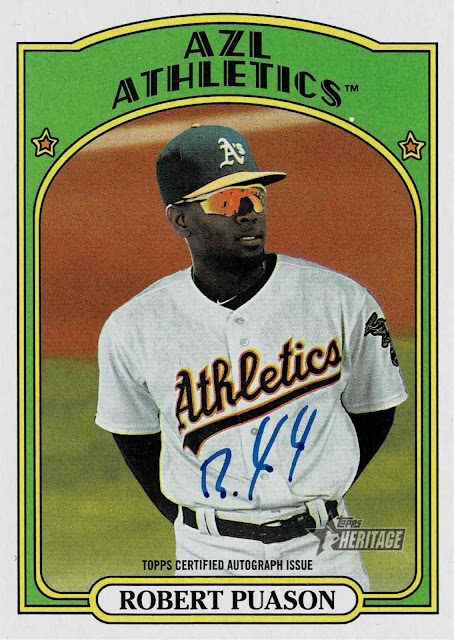 The box came with these 3 cards in a special foil pack. These are the Topps 1972 Baseball Poster Cards, as I understand it. I like 'em! These are 3 of the 20 you can grab. 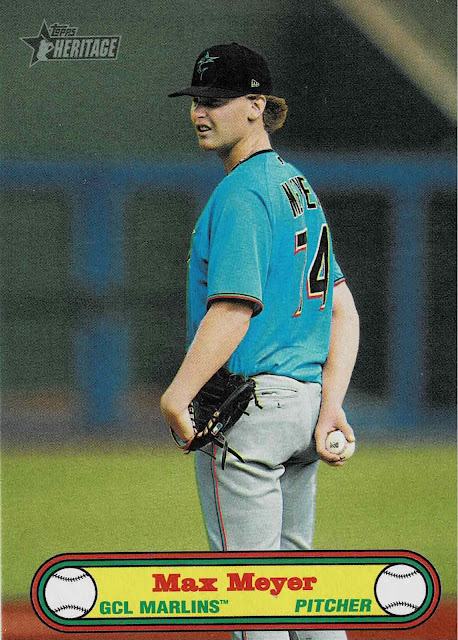 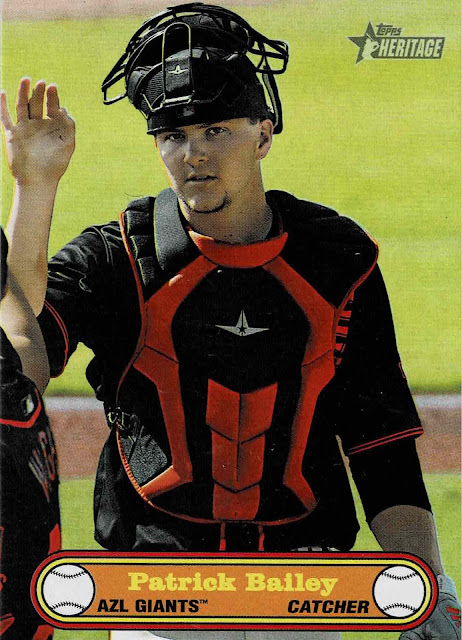 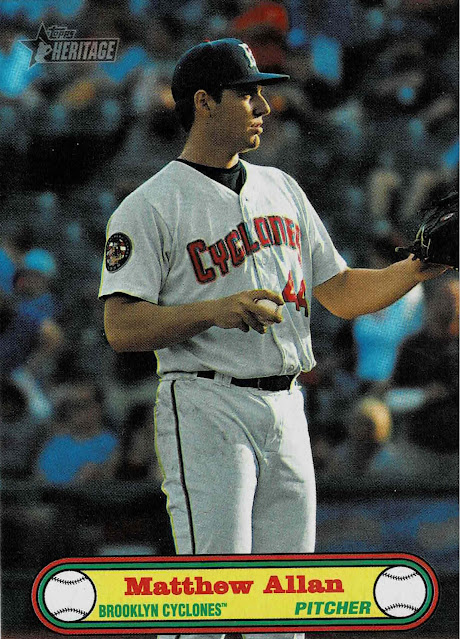 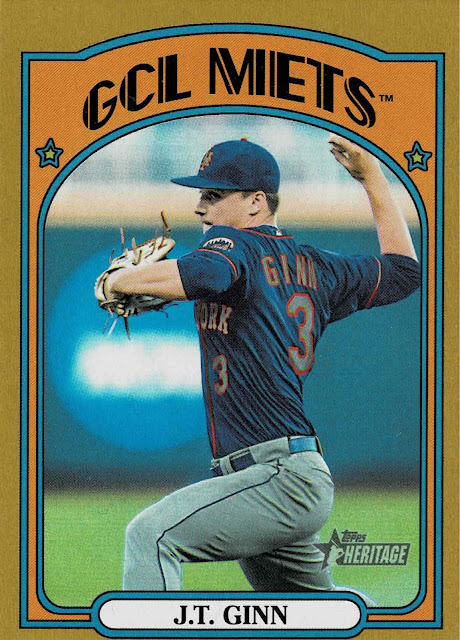 Then there are these inserts that are meant to mimic the 1972 Topps Pack Cover. There are 22 of these to grab if you're so inclined. 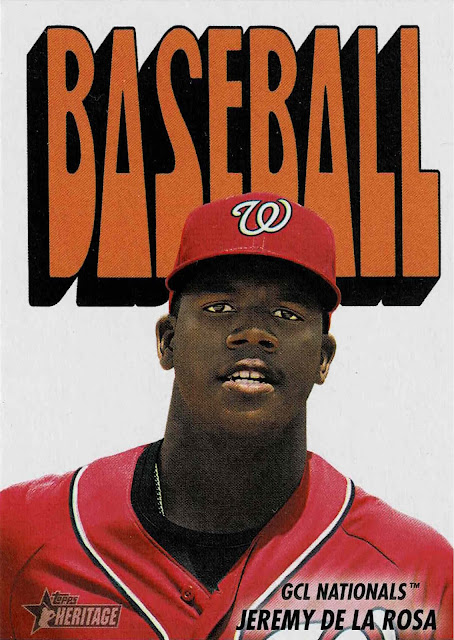 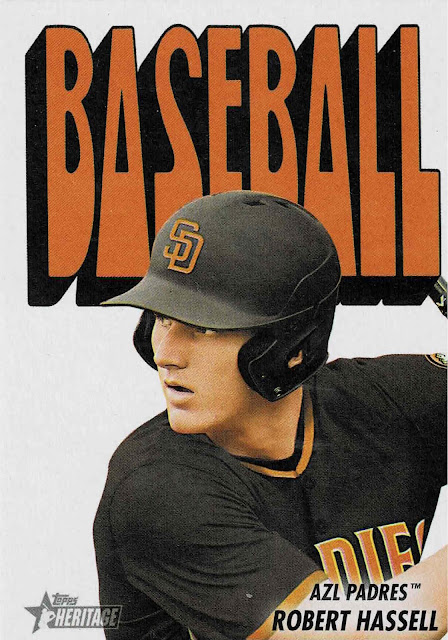 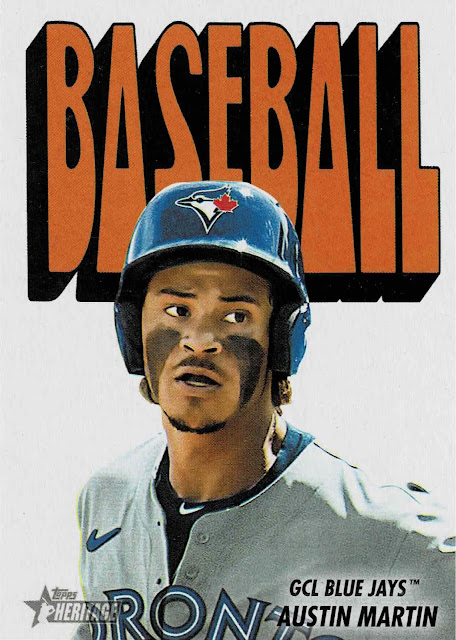 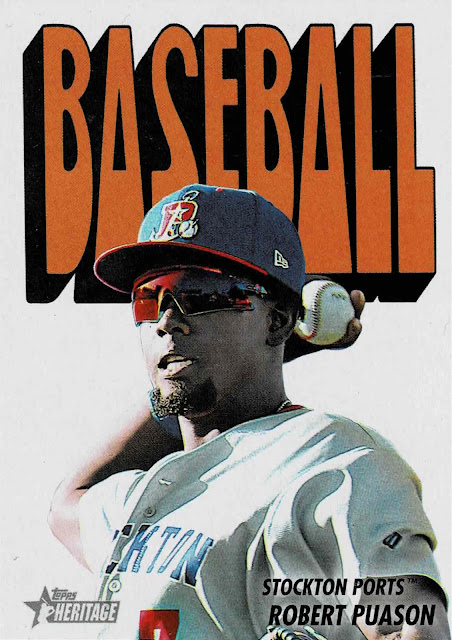 Finally, there are minis. I don't like minis. If anyone has some of the other cool inserts I am looking for from this set, and you wanna trade them for any of these 'lil cards, let me know! 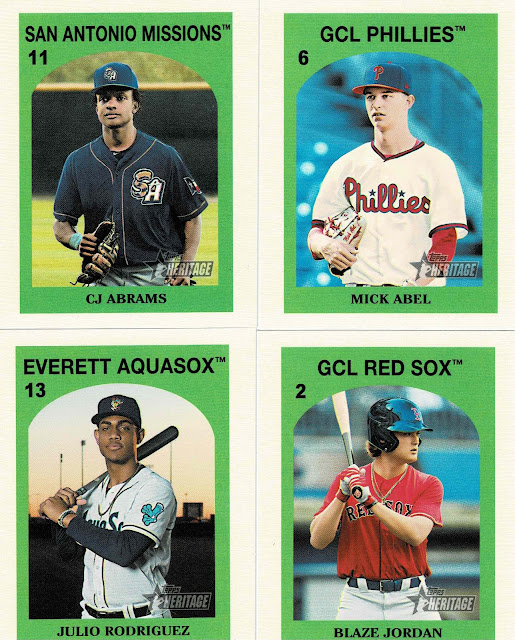