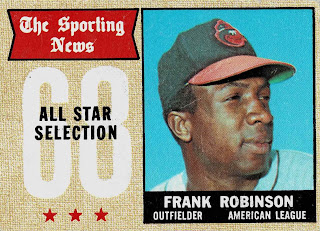 Talked last week a bit about my very recent trip to Lefty's Sports Cards in Burlingame, CA. I didn't just pick up 1963 San Francisco Giants cards. No, I made my way through as much as they'd allow me to, and found some stuff that I thought might look better in my collection than it did just sitting in their store. Generally, that's how I feel about most cards.

Frank Robinson is a player I collect. It's nice to see that his cards can be had for not too much $$. It's weird - I'm not really collecting Willie Mays, except as someone whose 1960s cards I need to eventually get to complete my SF Giants team sets, but the price differential between a Mays 60s card and a Frank Robinson 60s card is like 30:1. Every time I put a $15 bid, say, on a Mays 1969 card, it ends up selling on eBay for $80 or $90. I think this Robinson here was $3; the 1972 Topps was probably $4. I daresay that Willie was not thirty times the player Frank was. 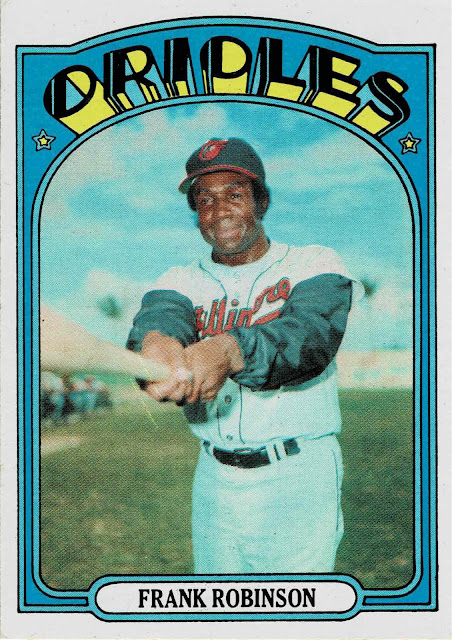 I have found myself overly excited by young players who are excelling in the minors or in their early majors seasons, and when I see their cards available at prices I like, I tend to strike. Here are a few guys I picked up who definitely fit that category: 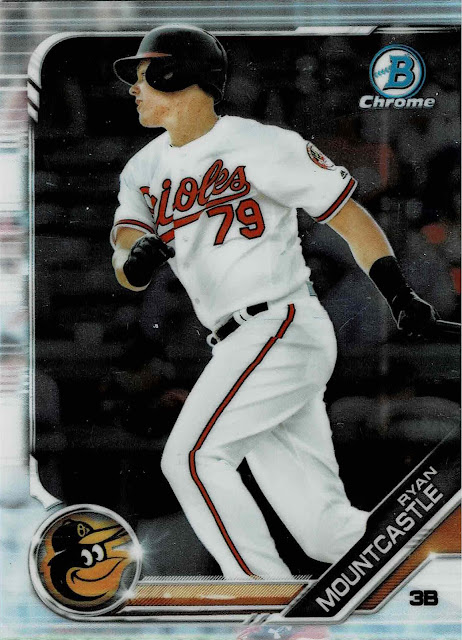 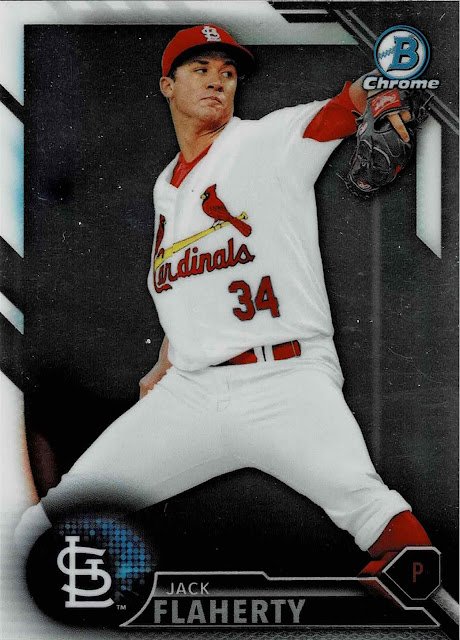 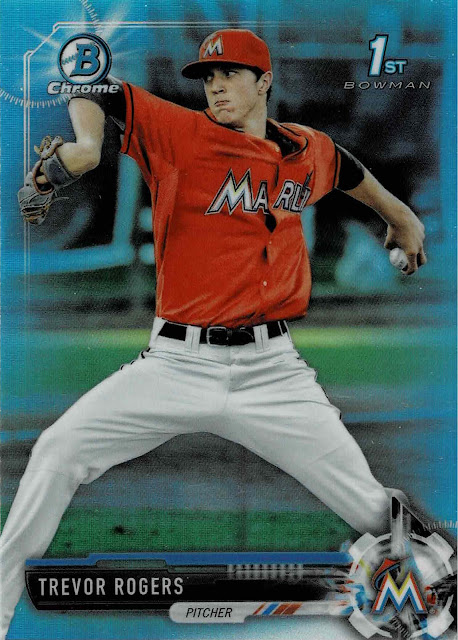 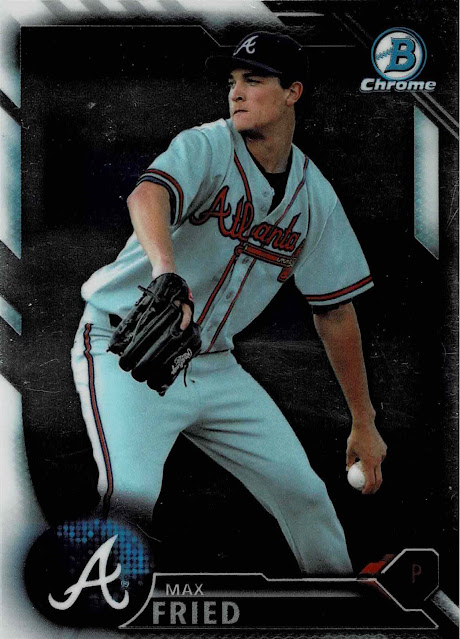 Fried, as I'm sure I've mentioned, is a player I collect. I did some serious damage to my Fried needs in a recent CardBarrel order, so other than relics and numbered cards and such, I'm already more than halfway there with this guy.
Here are two Orlando Cepeda cards that I knew would also be important to have in my collection: 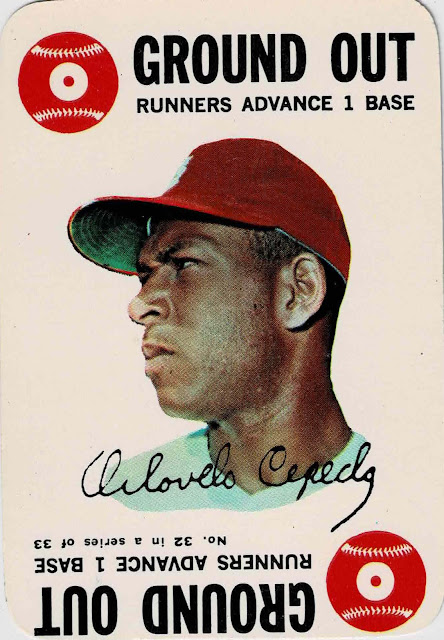 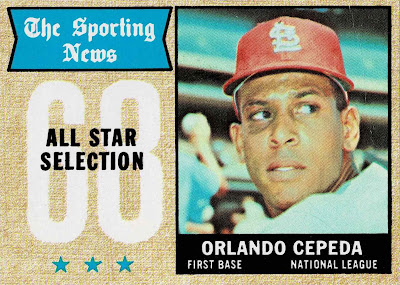 How about these two young fellas? I had to get a card of #1 pick Mark Appel, the pride of Stanford and one of baseball's great draft washouts, in my collection: 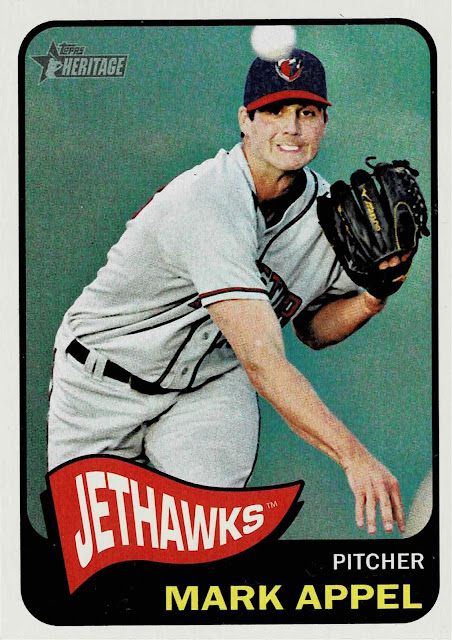 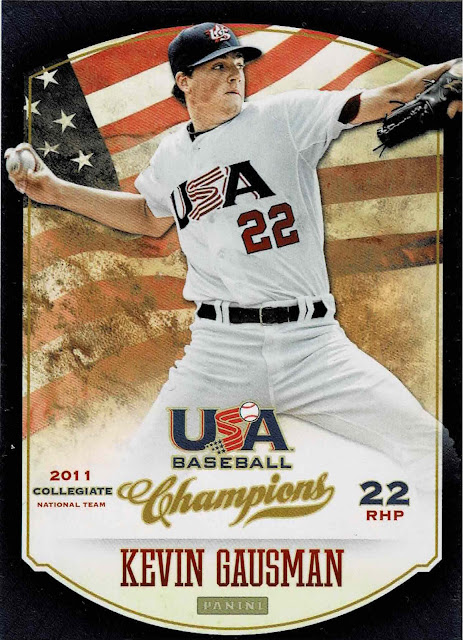 I know we're jumping all over the place here, but did you know that Jack Sanford was 24-7 for the 1962 San Francisco Giants - the NL champs - and finished second in the Cy Young voting that year? 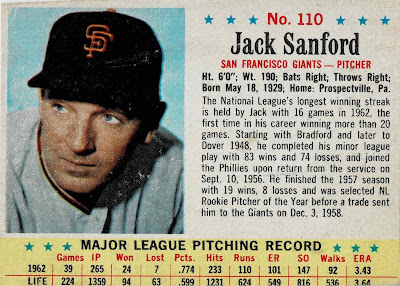 Finally, a card from 1970 Topps that felt like a good one to add to that slowly-accumulating group of 1970 Topps cards I'm putting together. Until next time! 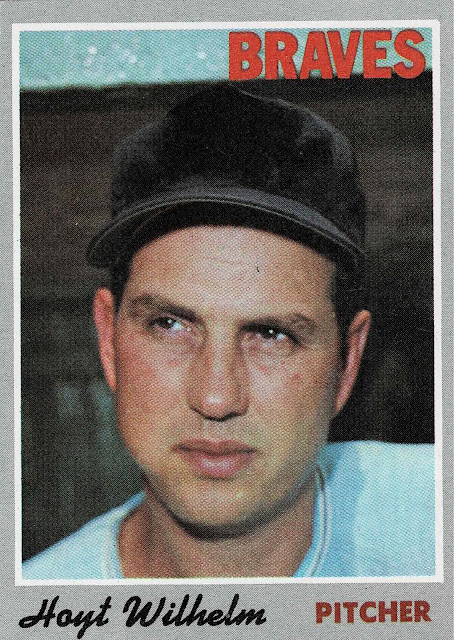