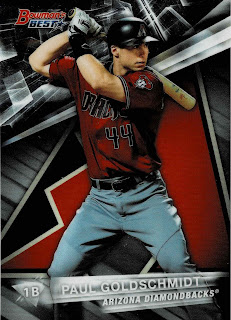 After a few months of focusing on pulling together a Paul Goldschmidt player collection, I've already gotten to the point where I have more cards from Goldy than any other player not named Pablo Sandoval or Tim Lincecum. This is likely due to an age in which a given player, especially a star, is going to have 30+ different cards come out with his likeness in any given year.

What I like about that is the sheer amount of randomness you'll see in various designs for a given player, and the potential surprises therein. Note that for Goldschmidt cards, there are very few surprises - he's almost always shown batting, in a cut-out, looking like a Sultan of Swat who's just parked one over the wall, probably just hit off a pitch from Lincecum, as he was so fond of doing early in his career.

I still have hundreds of Goldschmidt cards to go before I'd ever get anywhere near a "complete" player collection, but here are 10 very colorful ones from his Diamondbacks days that I thought you'd probably want to check out. 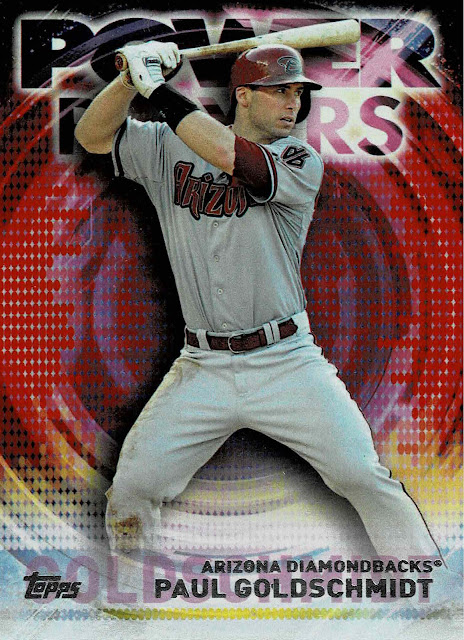 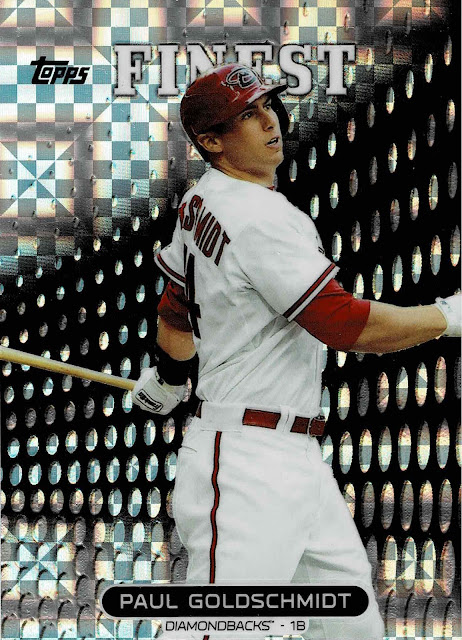 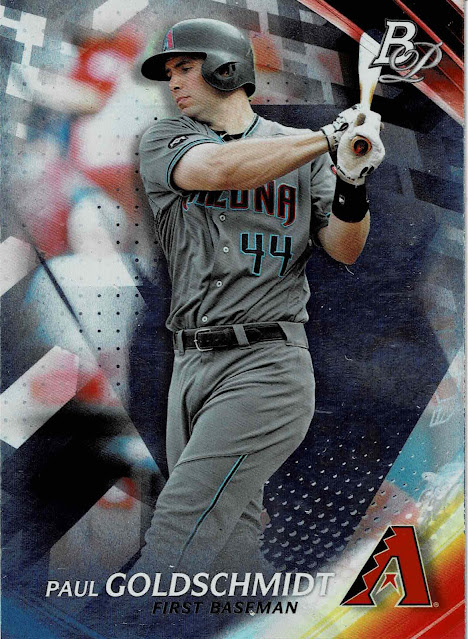 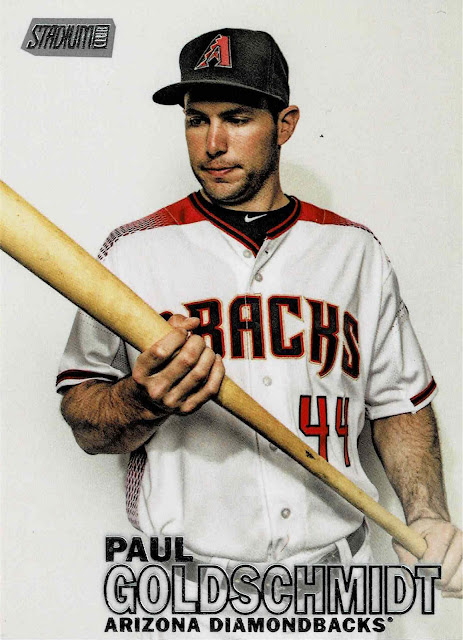 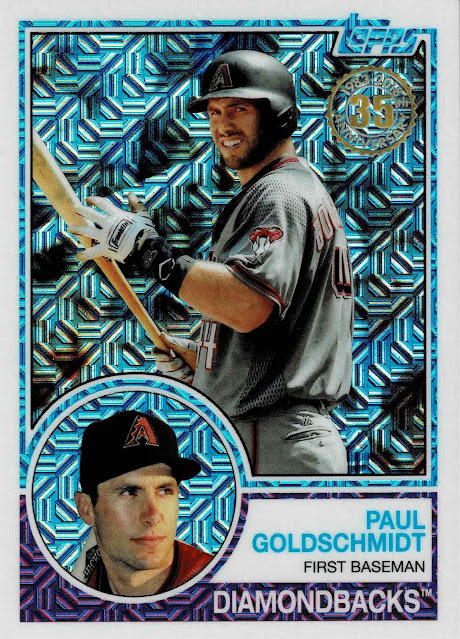 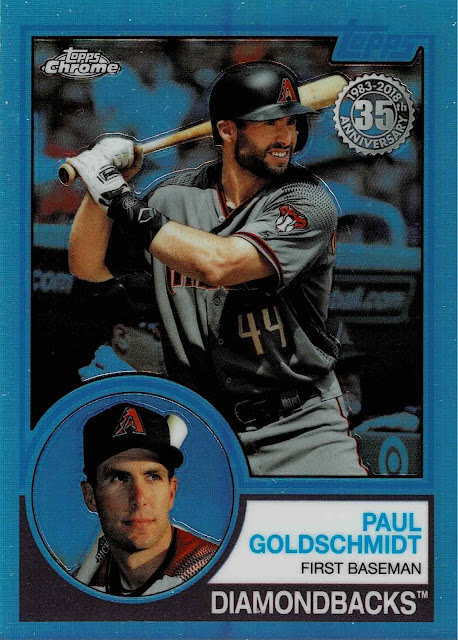 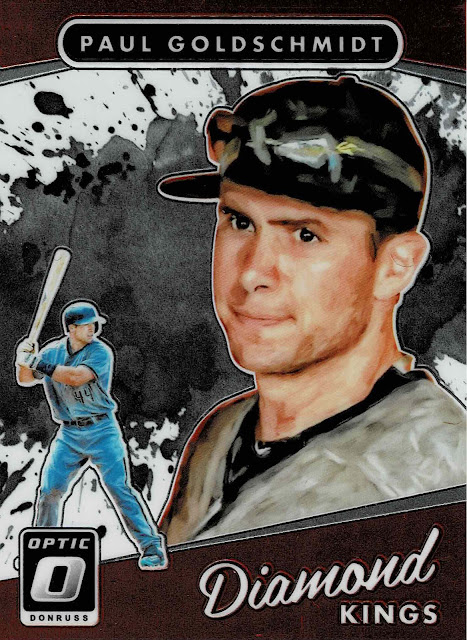 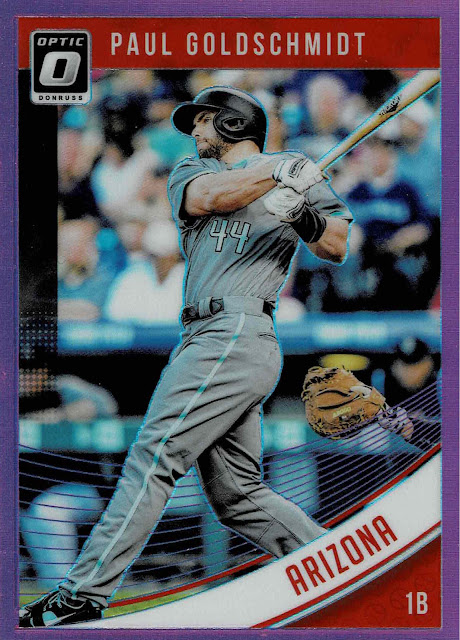