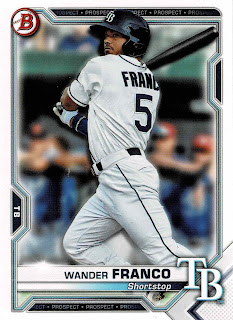 I was able to cherry-pick the cards I wanted out of the newly-released 2021 Bowmans the other day, and thought I might share a few of them with you here today. I was able to get the guys in my personal collections, both in regular and Chrome versions, along with a few others I thought I might wanna have around. Today we'll look at the regulars, and I'll scan some Chromes so we can look at them together at some time in the near future.

Let us start with the hallowed Wander Franco, he of the Tampa Bay Rays organization and the purported #1 prospect in all of baseball. I believe this player has caused an awful lot of money to change hands amongst card collectors and speculators that past several years. He has yet to play a minute of baseball in the big leagues. Knowing the Rays organization, he's bound to be fantastic.

Note that all of the 2021 Bowman prospect cards are in their own set, numbered BP-xx, and say "prospect" along the top and the bottom. The regular Bowman series is numbered numerically, and each card says either "Rookie" or "Veteran" along the top and bottom. Weird to see Shohei Otani labeled as a veteran, as I feel we're really just getting to know him, but I suppose it's technically correct.

I was able to get my PC guys, some Giants prospects, and a few others just for fun. Here's what they look like. 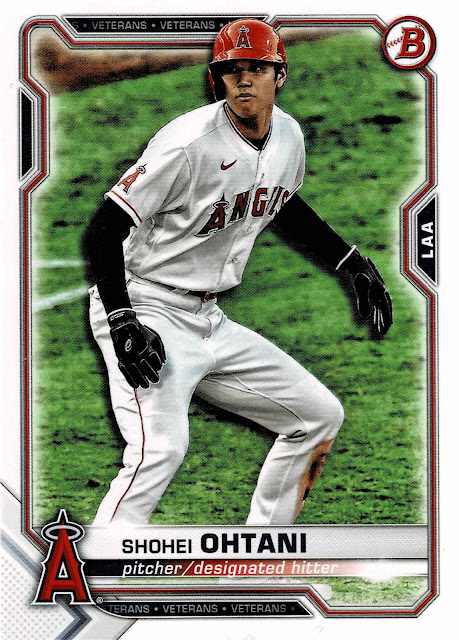 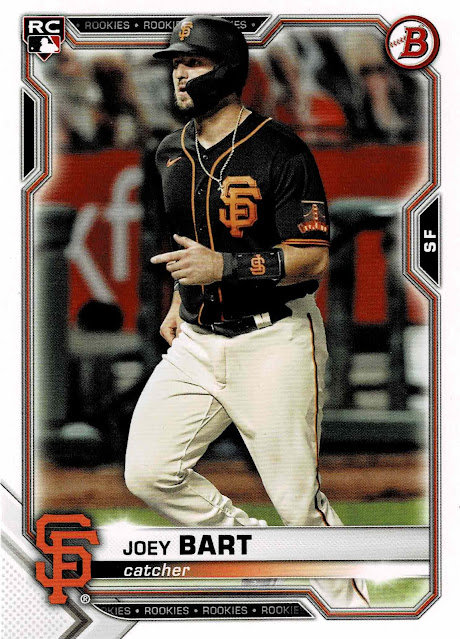 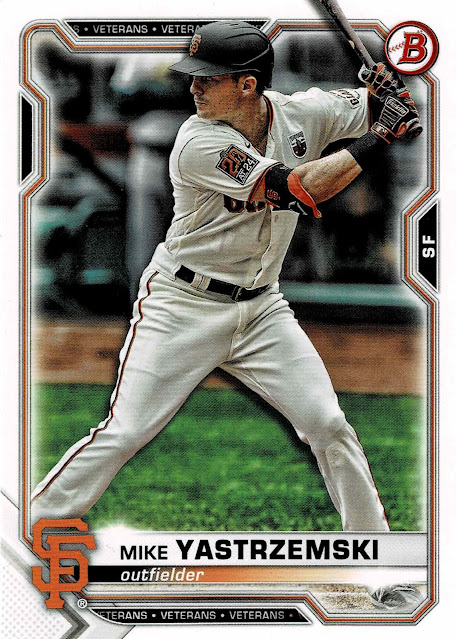 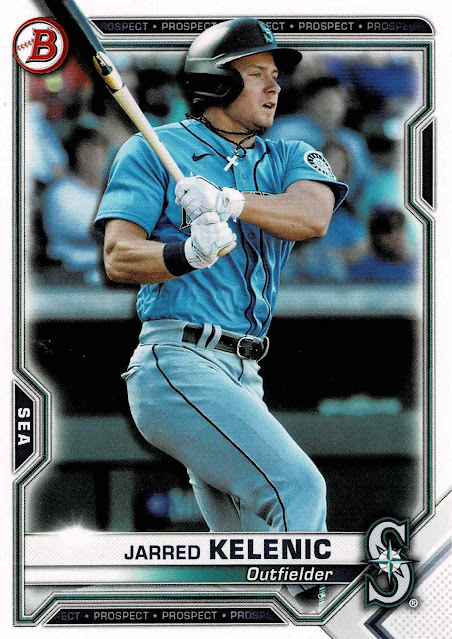 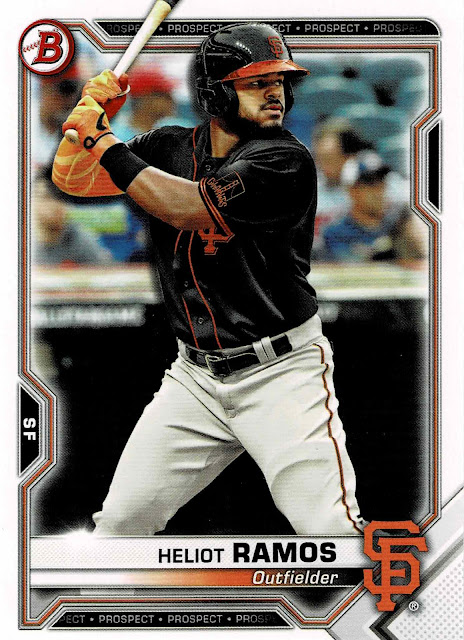 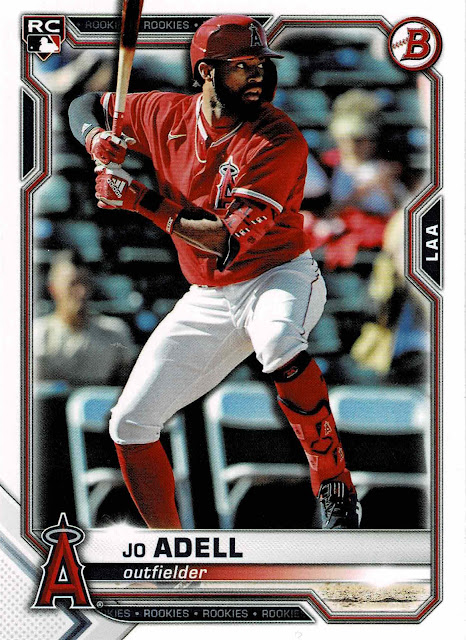 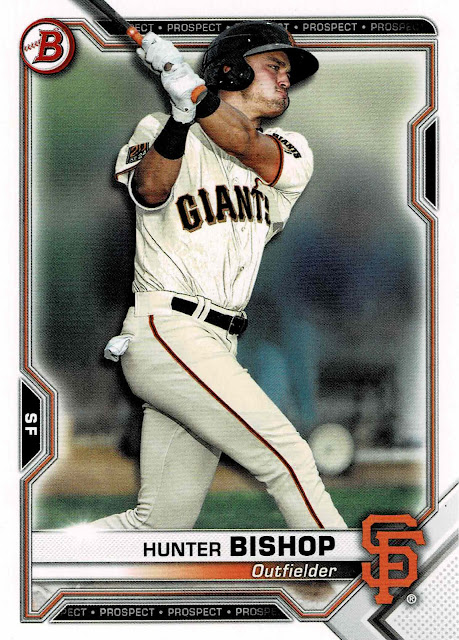 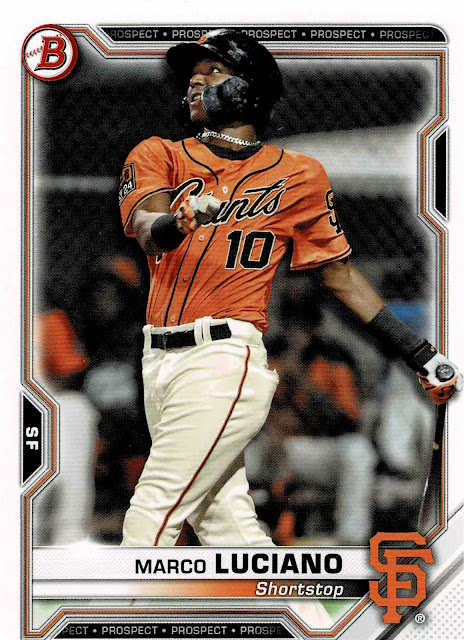 Email ThisBlogThis!Share to TwitterShare to FacebookShare to Pinterest
Labels: 2021 Bowman