Pablo Sandoval as a Red Sock 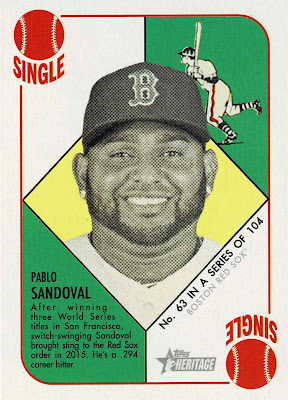 Recently I decided to get off my duff and really up my game when it came to my Pablo Sandoval player collection. I may never collect all 2,343 of the unique cards of this man, but I reckon that I'll do my best to at least grab everything I can that's grabable, within reason.

I started my first binder for a player, and organized all my Sandoval cards by year. That was fun, and it didn't take as long as I thought it would - less than an hour - but I did need a magnifying glass in order to differentiate between a 2013 and a 2014 and so on. So now my strategy is to work backward from 2021, and go by year to buy any and all cards of Sandoval's by year that I can find - and that aren't 1/1s and selling for $375/each on eBay.

2021 was easy - there's one card, and it's one that I talked about in Monday's post. 2018-2019 was pretty easy too. Sandoval was a role player for the Giants, and one that some thought might be somewhat washed up. I then went big on 2015, 2016 and 2017 - the years Sandoval toiled for the Boston Red Sox, in a contract that is thought to be one of the worst in Sox history. He was basically injured all of 2016, and played poorly in 2015 and 2017, so much so he was mercifully released back to the Giants during 2017 - where he started thriving again, albeit in a lesser role.

As you might have gathered, dude is my favorite baseball player of the 21st century. If you've seen him play - especially as a Giants - you know why. Here are some cards that represent the lean years of the man's career, all recent acquisitions of mine. 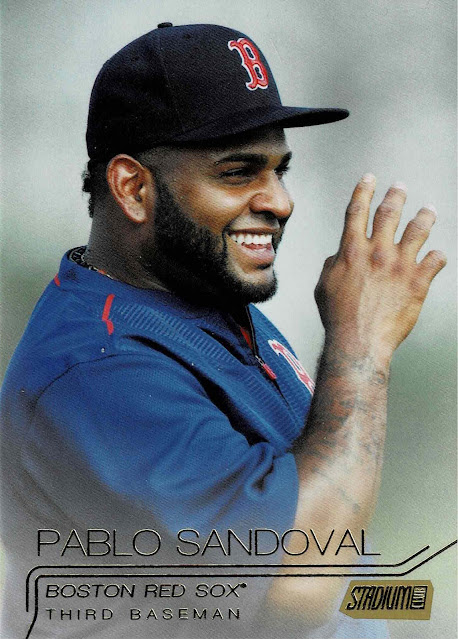 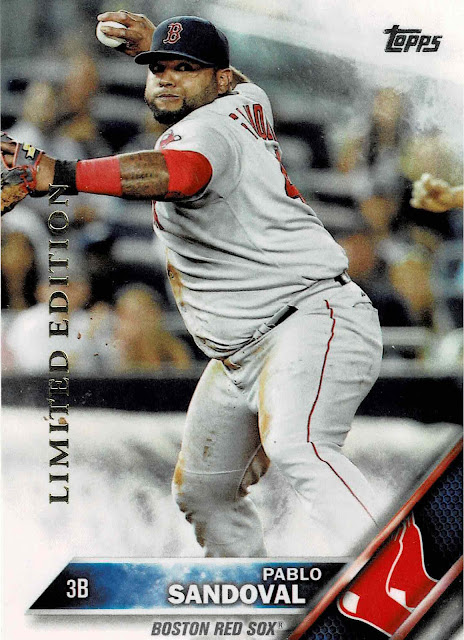 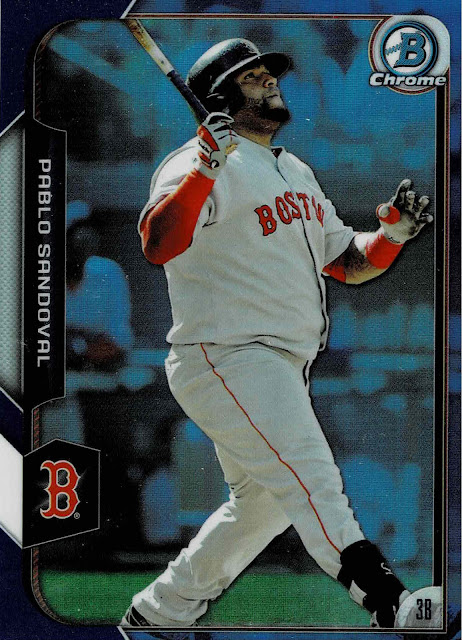 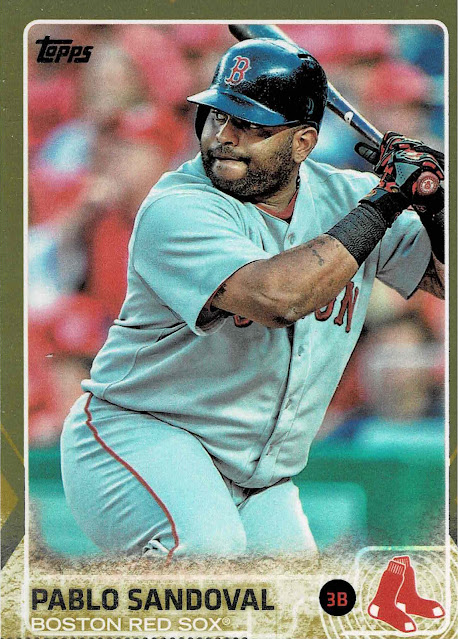 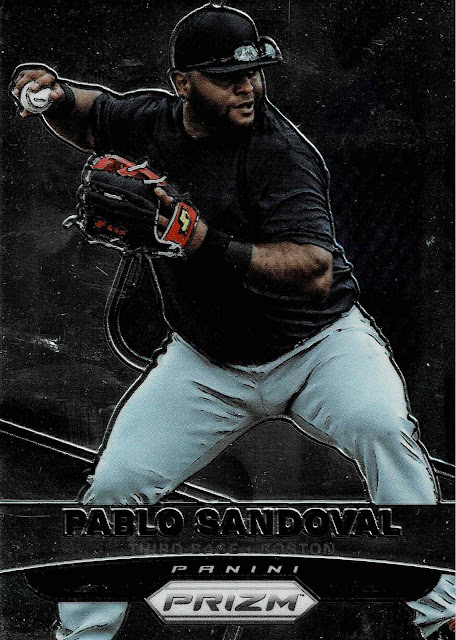 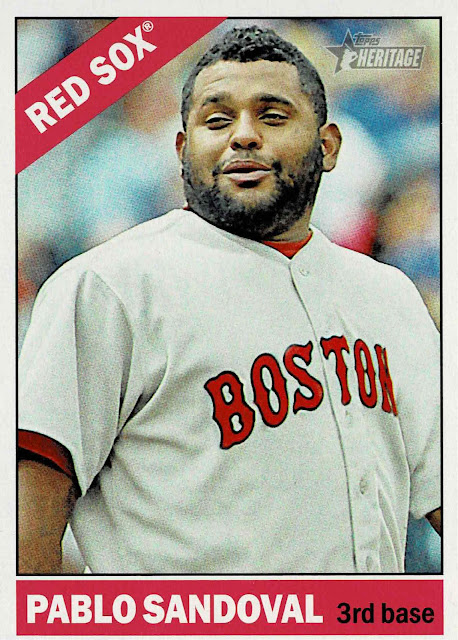 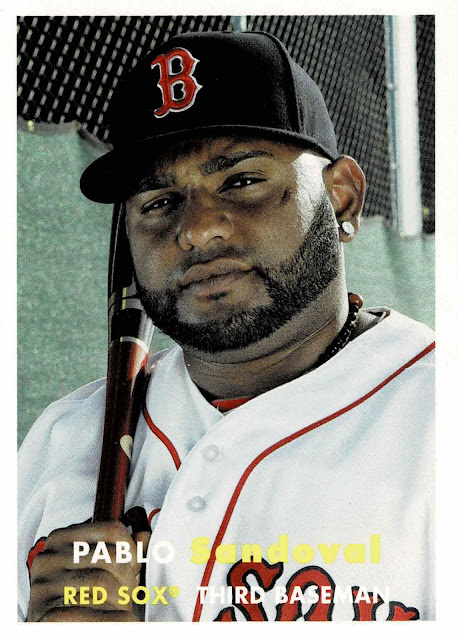