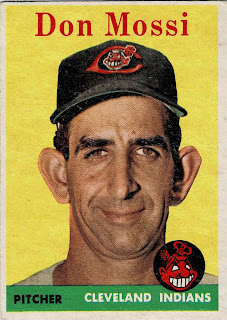 During my long, long hiatus from card collecting, I became aware of the baseball cards of one Don Mossi, a successful pitcher for a number of organizations in the 1950s and 60s. Mossi was, as is quite clear, blessed with a splendid set of ears, and he showed them off proudly on his many cards.

When I returned to the realm of the collector, I decided that it was important that I build a small collection of Don Mossi cards, and that I have done. There are several others I have yet to accumulate - but in time, in time. Mossi was a reliever-turned starter who pitched in the 1954 World Series; went 15-7 with a 2.96 ERA for Detroit in 1961; and who blessed the glorious Kansas City A's card you see below with one of the all-time great looks.

Here, for your viewing pleasure, is my Don Mossi card collection - including several post-career cards made in the 70s, 80s and 90s. 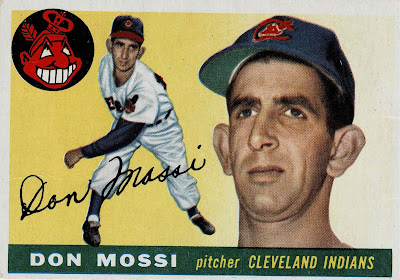 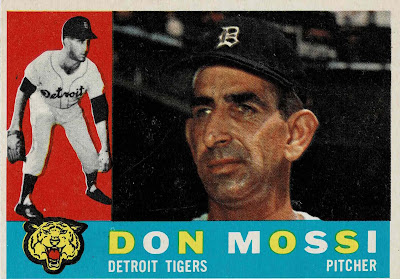 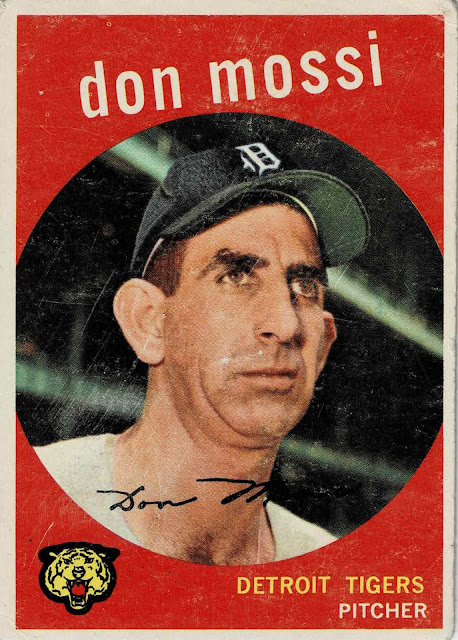 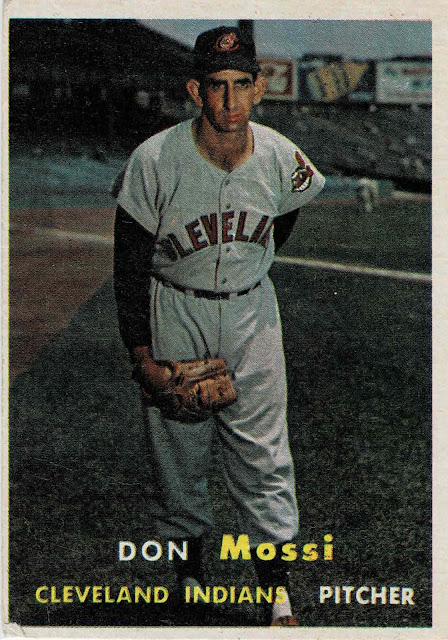 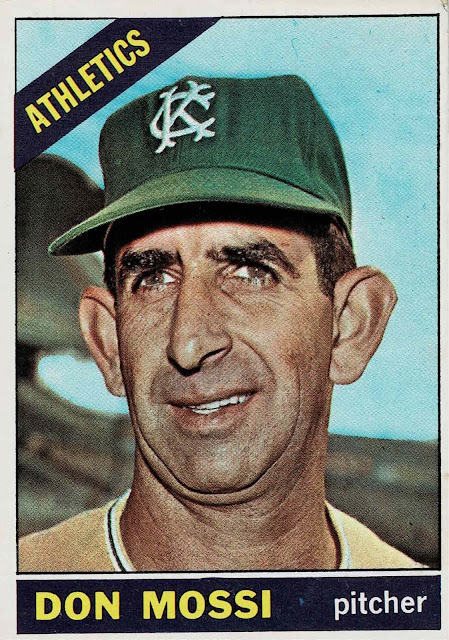 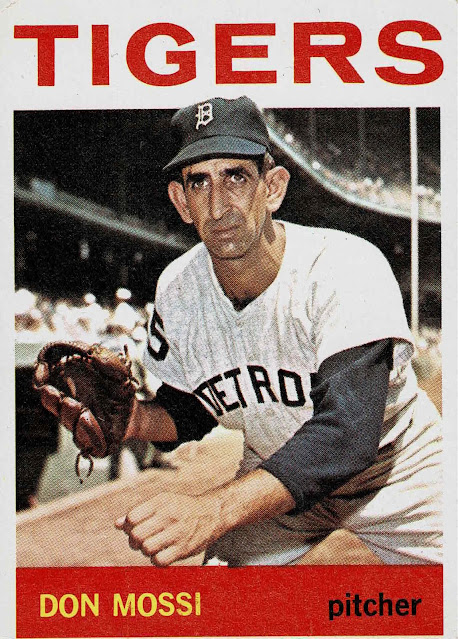 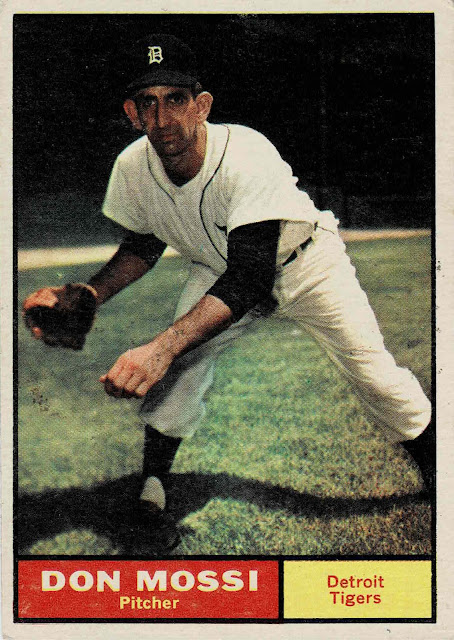 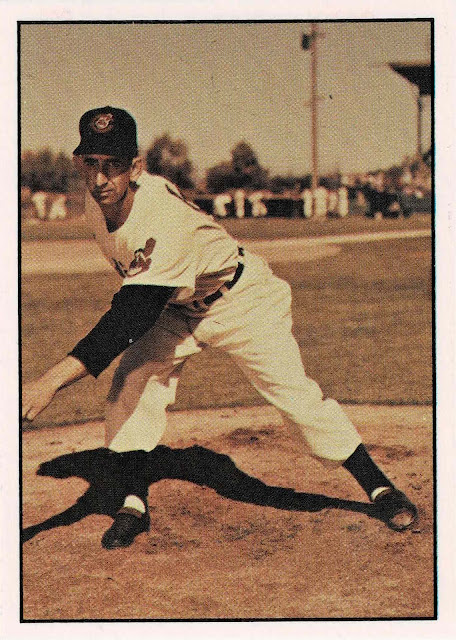 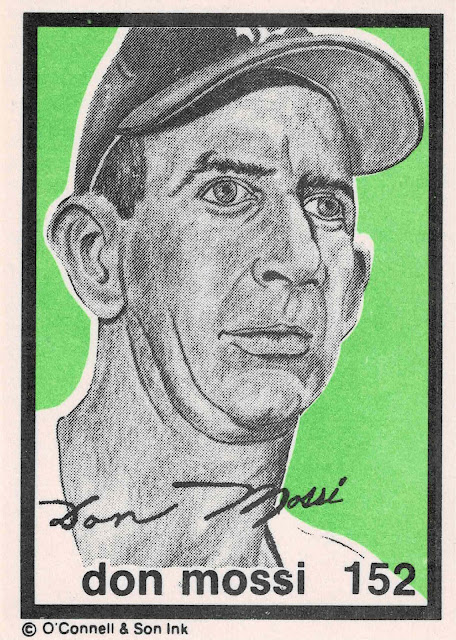 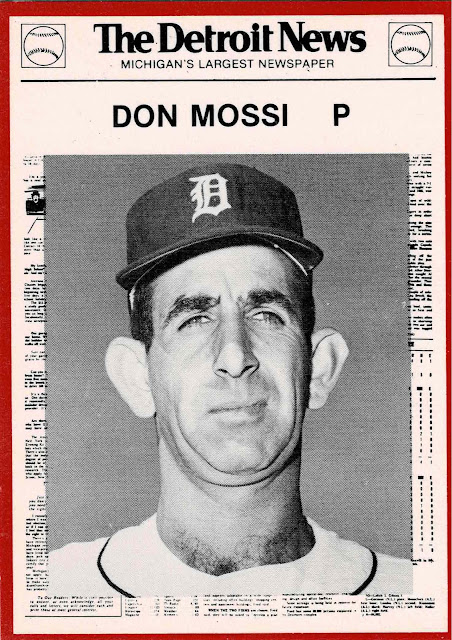 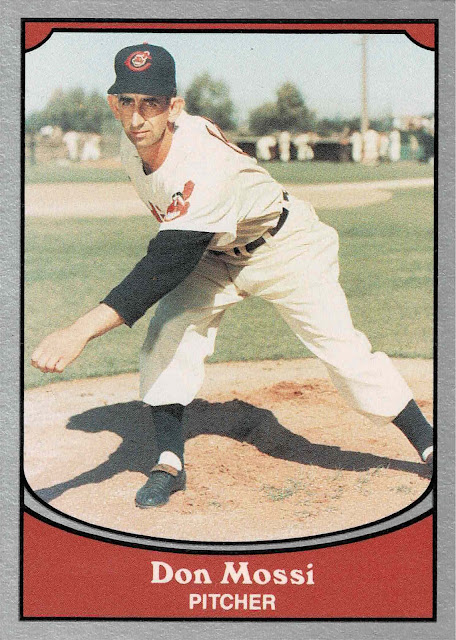