2020 Bowman Draft Prospects, or, Guys I Hope To See in the Majors in Three Years 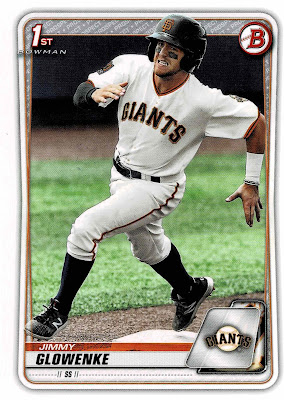 Was putting the finishing touches on a 'lil Card Barrel order the other day and saw that they had just gotten in several shiny new boxes of 2020 Bowman Draft Prospects. Those Bowman prospect sets are kinda fun, aren't they? Unlike the newest Topps Heritage 2020 Minor Leagues - a set that I actually completed (!), and that I totally love - I'm just thinking that it's the SF Giants prospects I want to grab out of this Bowman set.

I always pay a little attention to the MLB draft each year, so I'm familiar at least with the names of these guys. Look at the hustle on Jimmy Glowenke! Big Jimmy had a .967 OPS in college last year, albeit in only 51 at-bats. Some of these other guys are rated prospects for the Giants, like the hurt-and-out-for-one-year Alexander Canario; Heliot Ramos, who we might see in the bigs as early as next year; plus Hunter Bishop and Marco Luciano, who are both MLB Top 100 prospects as well.

I couldn't resist getting them, to be honest. Then Card Barrel announced they had the 2020 Bowman Chrome Draft Prospects just in stock, and I dropped all the Giants in my shopping card before going....."what the hell am I doing?". Every dollar spent here is a dollar that takes me away from completing my 1972 Topps set or my other bigtime goals. So we'll just with these fellas and call it a day on the Bowman 2020 front. 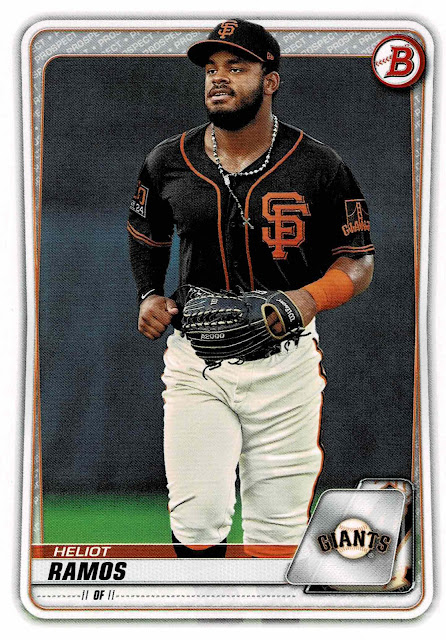 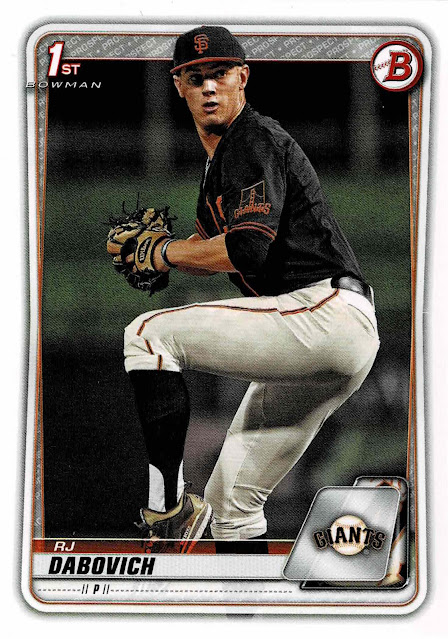 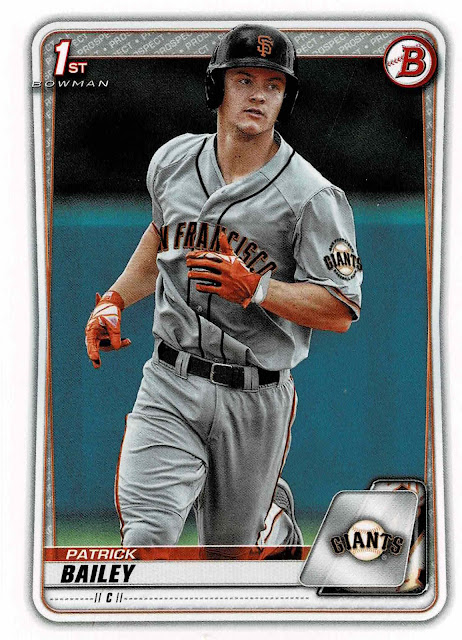 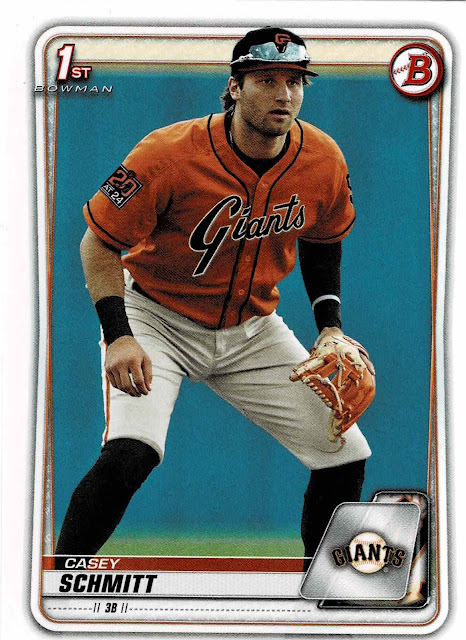 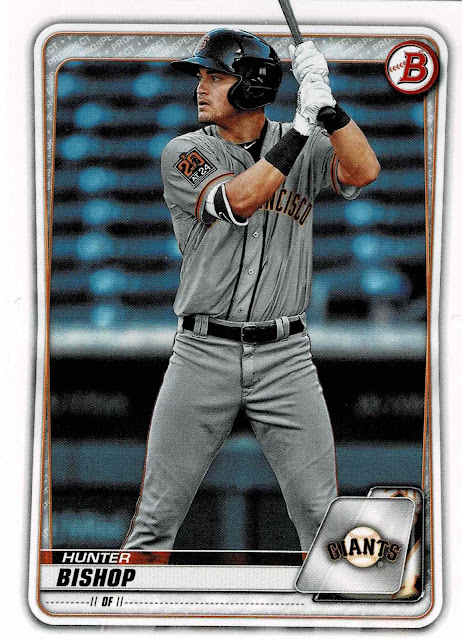 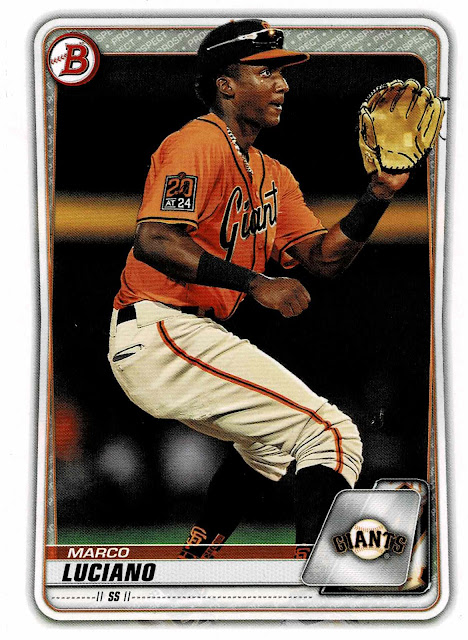 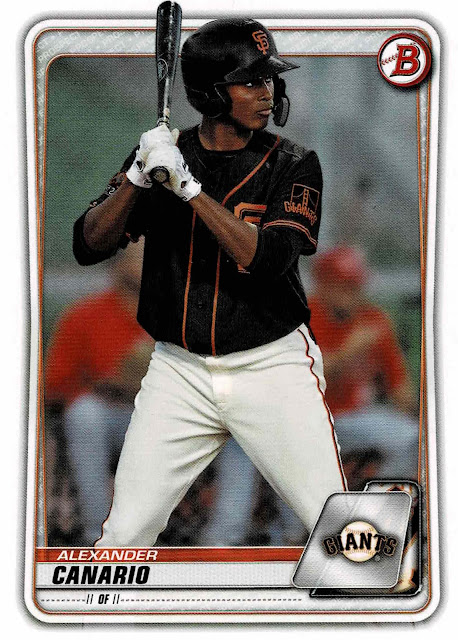