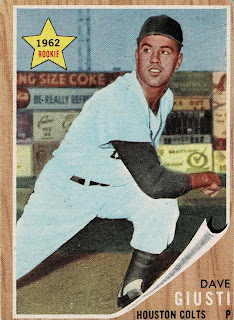 I'll tell ya, I have a thing for the expansion teams and the teams that aren't with us any longer. It's why when I returned to collecting I made the Seattle Pilots my non-Giants team of choice. By and large, I've completed that project. So now it's onto something else - the Houston Colts, or as they were actually known in 1962, 1963 and 1964, the Houston Colt .45s. You may know (and loathe) them as the Astros today.

Turned out some fella was selling a bunch of 1962 Topps Colts cards online, for not much money at all, and I was just the sucker to grab them. 20 cards in all, which means I was able to acquire 20/27ths of the entire team run. The ones I didn't get are mostly high numbers. I'll grab them someday - of this I am certain.

So these guys ended up finishing 8th that year, behind the NL Champion San Francisco Giants, as it turned out. This expansion team did better than the Chicago Cubs that year, and, of course, better than the infamous '62 New York Mets, who went 40-120. Not a ton of names on the Colts that I know all that well, beside Giusti here, and Joe Amalfitano, who is better known for being a Dodger coach for many, many years. 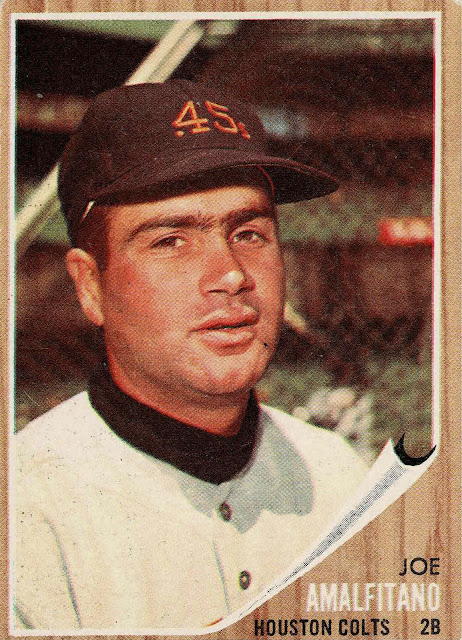 Such a nice Italian boy, that Joey!! Anyway, I reckoned you might want to take a look at my Colts cards and see what a real live expansion team looked like in 1962. More as they come to me! 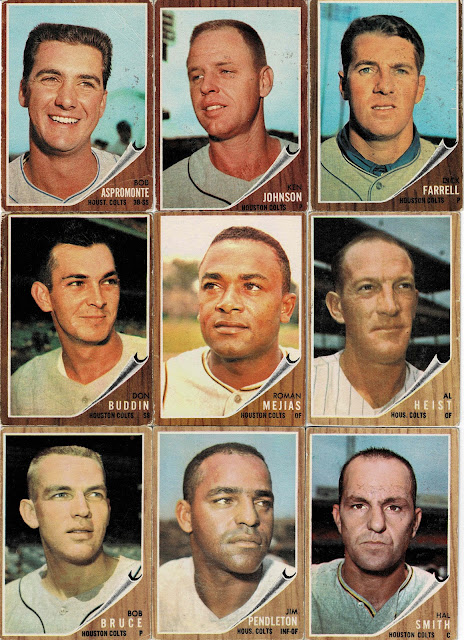 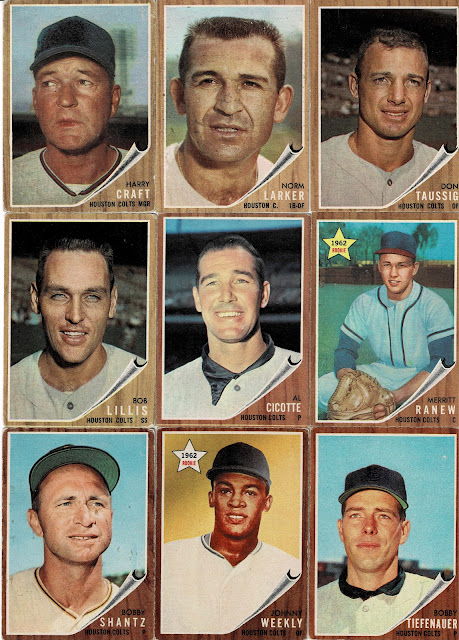