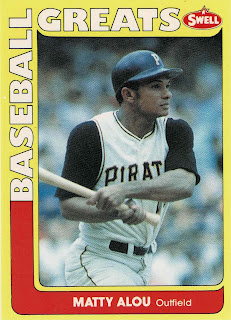 I was at Walgreen's the other day and sauntered by the "toy" aisle. Happened to see one of those 80-card repack things I blogged about here. I had $5.99 burning a hole in my pocket, and figured I'd give it another go. Turns out this was my favorite yet - I mean, I got a bunch of dumb 2019 Topps Series 1 nobodies and some Donruss and Score cards from the 90s, but I got four cards from a series I only vaguely knew about: 1991 Swell Baseball Greats.

I'm digging these. I was psyched to pull Matty Alou first, and what's more, there are 150 cards in all - so maybe having 146 left to grab of a very inexpensive set will make for a pretty fun chase...? Of those 150, there are about half hall of famers, and half guys you know for something else. Then there are guys like one of the 4 I pulled - Ken Reitz - and you're like, hunh? Reitz, a .260 lifetime hitter over 11 seasons, won a single Gold Glove, and was thought of as an excellent fielder in general. That's kind of it for Reitz. I mean - that's better than anything I've done in the major leagues, let me tell ya, but is it enough to be a "Baseball Great"? I think it is!

There are two series of Swell Baseball Greats before this, too, in 1989 and 1990 respectively. Cards were flooding out in great biblical waves at this time, and generally, it's an era I totally avoid because I don't like most of the designs and - well - it's not like I'll have any problem tracking these down if I change my mind, right? I do really like these, though. So I'm going to see what I can do about cobbling together this 1991 set and see what other oddballs like Reitz come up. Here are my other three from the repack: 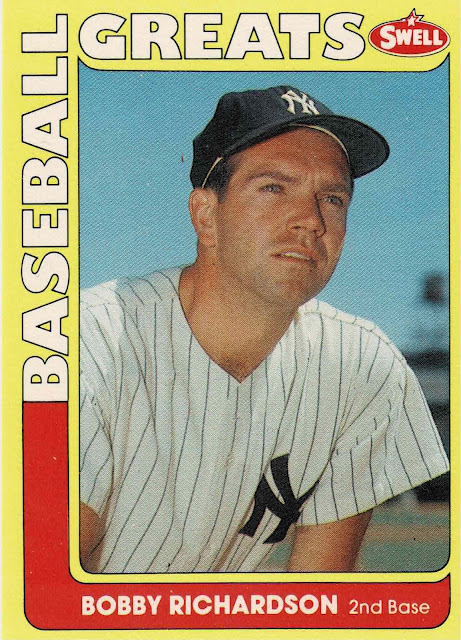 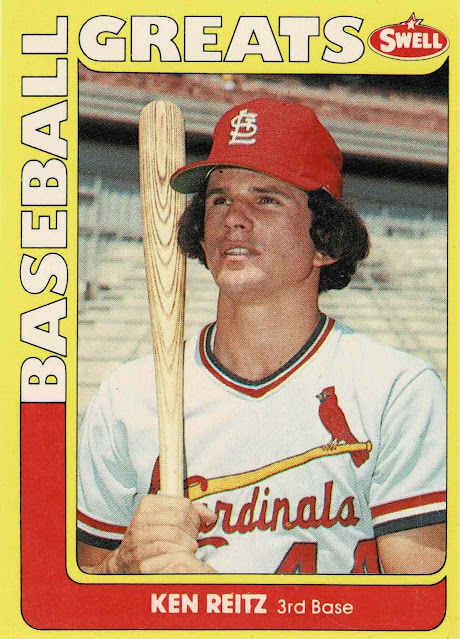 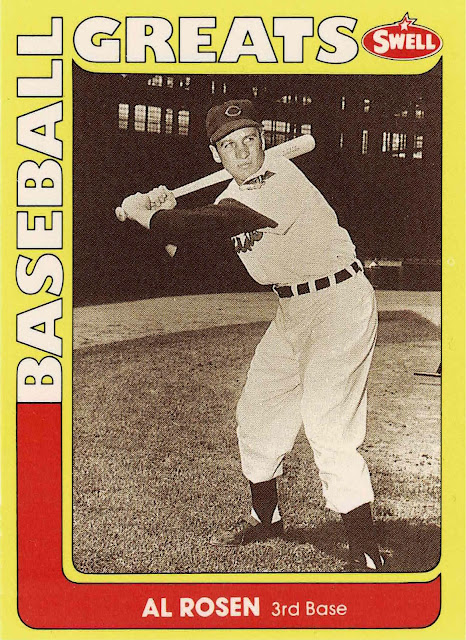