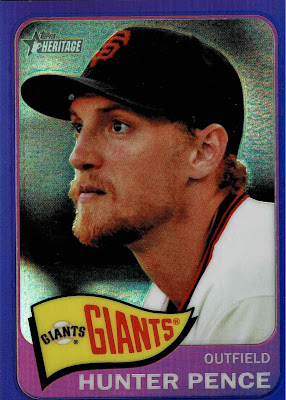 I think the card-collecting project I'm having the most fun with currently is trying to assemble a San Francisco Giants team set for every year that Topps Heritage has been in existence. In case you were wondering, that would be 2001 through 2020. It's fun because it's achievable, and it's achievable because, well, they made a lot of 'em, and because there aren't that many folks dying to hold onto Travis Ishikawa and Darren Ford and Jeremy Affeldt cards. Plus, they look good in binders, all numbered in order and such. It's the simple things in life, isn't it?

Anyway, I especially like the 2014 Topps Heritage baseball set because it was the year that the Giants won their third World Series this past decade, and more importantly, it's because the cards replicate the look of 1965 Topps - one of the great sets of our time. I'm still missing the basic Bumgarner from this set - card #428 - even though I have the super-special purple chrome edition of it. It's at least $5 everywhere I look, and that just seems to be a bit steep for a basic Bumgarner, you know what I mean?

But those purple chromes are awesome. I knew I needed some more parallels to round out my 2014 Topps Heritage Giants set. So I ordered some. This is what they look like. 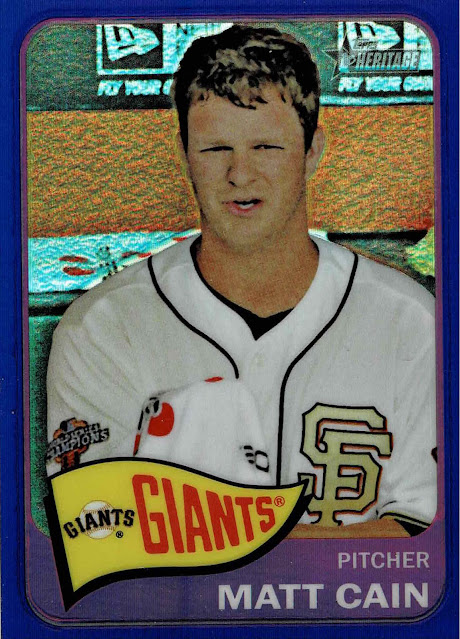 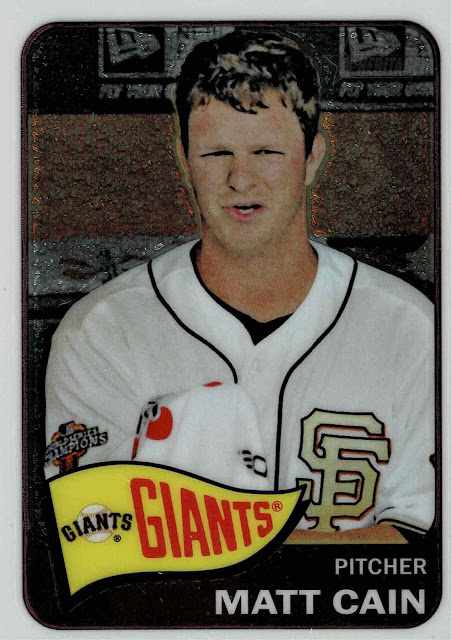 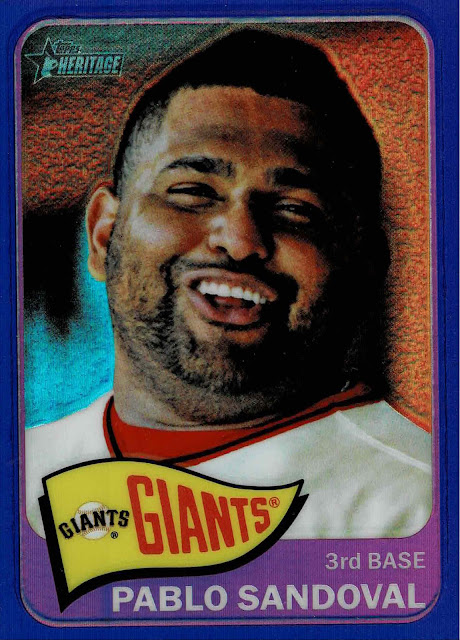