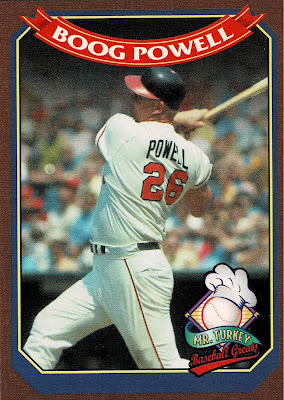 I've put the call out on my wants page that I'm into "food-issued" sets, i.e. cards released by regional or national food manufacturers. In other words, companies not named Topps, Fleer, Donruss, Score, Upper Deck and so on and so forth. These are really the only 80s and 90s cards I've interested in at all, with a few exceptions.

I did not expect that our hero Daniel from It's Like Having My Own Card Shop would answer the call with a 5-card 1994 set from Mr. Turkey (!), but I'm delighted that he did. The "Baseball Greats" set has, indeed, five greats - though one of them, Boog Powell, was considerably less great than the others but great nonetheless, especially if you were an Orioles fan. (and how many of you older fans immediately thought, "Hey, you're Boog Powell!" when you saw that name? The fiftysomethings understand).

Mr. Turkey themselves were acquired by Sara Lee back in 1987, and I'll be honest, it's not a brand I remember in the least. Mr. Coffee, sure. Mr. Peanut, of course. As it turns out, this isn't the only Mr. Turkey card set, either. I figured you might want to check these five legends out, and of course, thanks to Daniel for sending them my way! (and please make sure to admire Tug McGraw's face at the bottom here) 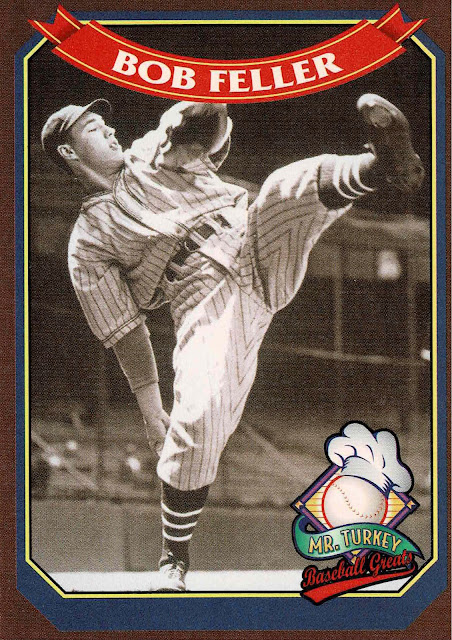 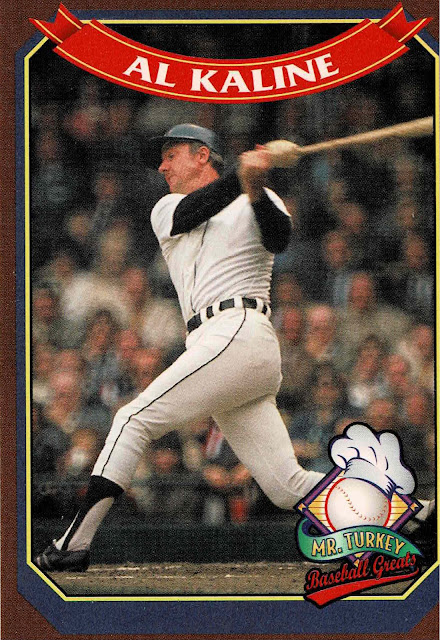 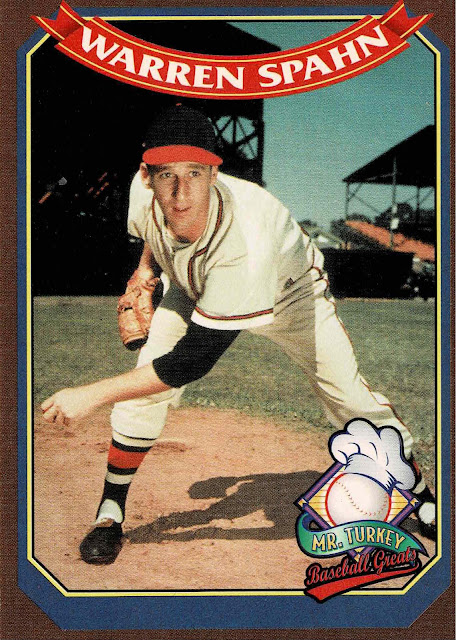