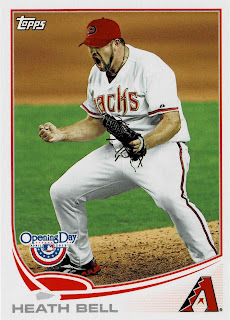 A month or two ago I told you about my admiration for one Heath Bell. In particular, this relief pitcher has two cards that I'm especially fond of. There's the one where he's just come in from the bullpen at the All-Star Game, and he's slid in front of the mound, like a big puppy doofus on the happiest day of his life.

Then there's this 2013 Topps card, which also shows Bell at his most joyous. He wasn't an All-Star any longer, and had just left the Marlins after a single year to join the Diamondbacks. It comes in many flavors and variations, and Daniel at It's Like Having My Own Card Shop was kind enough to send me pretty much all of them. That's why it's still good to fraternize with fans of teams in your team's own division, because things like this sometimes show up in the mail (Daniel is a Diamondbacks fan, as it happens). Anyway, I know you folks probably dig Heath Bell as much as I do, and wanted to see him screaming in triumph in every color and flavor of the rainbow, right? 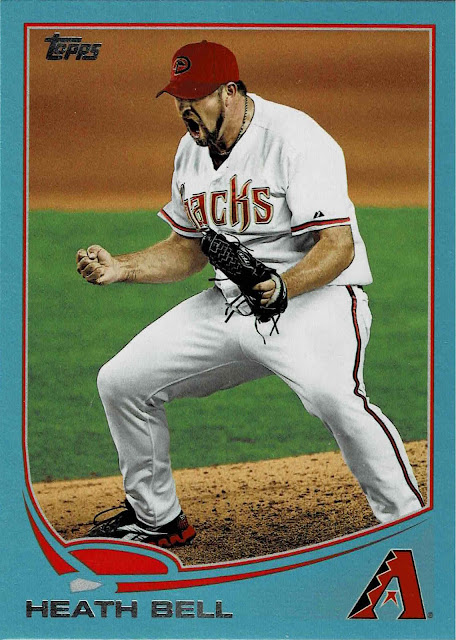 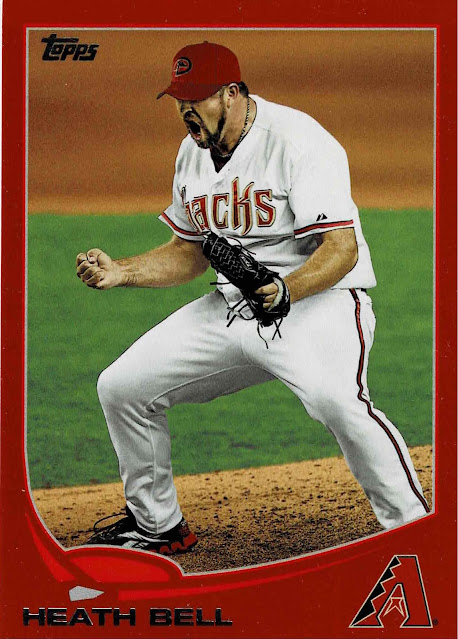 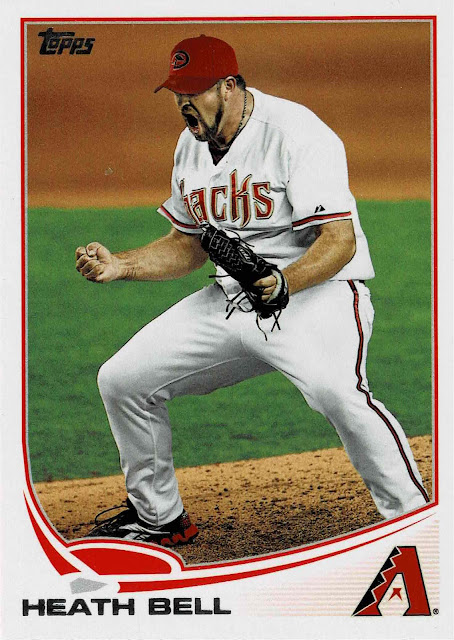 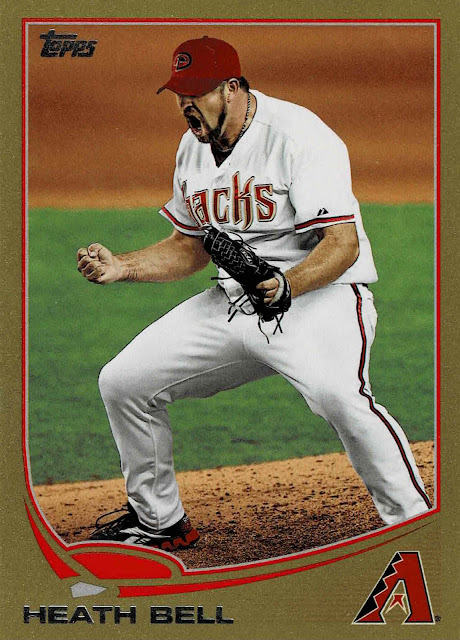 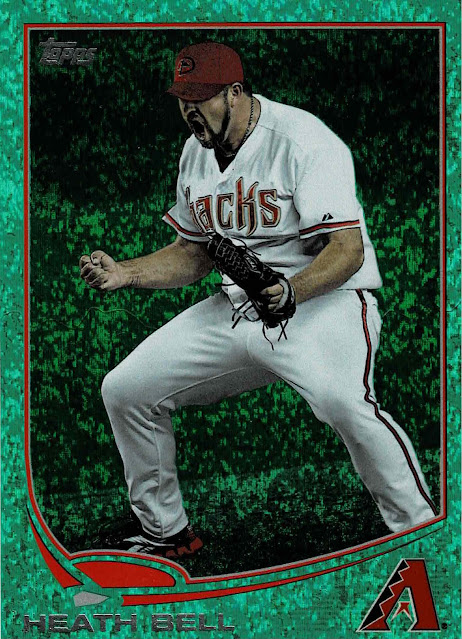