A Portion of My Heath Bell Collection 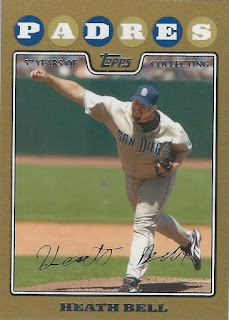 Heath Bell was absolutely one of my favorite players ten years or so ago. A relief pitcher who didn't hit the bigs until age 26, and then didn't start dominating until age 31, Bell was both literally and figuratively an outsized figure. No one who ever saw him at the 2011 All-Star Game representing the Padres will ever forget him running in for his turn, then executing the most joyous and perfect slide right in front of the mound. It was then that he went from "guy I like" to "Top 5 favorite players".

Thing is, Bell really only had those three golden years in San Diego - 2009, 2010 and 2011, with over 40 saves each of those years. He then bounced from Miami to Arizona to Tampa Bay, but never really found the magic touch again. He was 36, after all, by the time it all ended in 2014. He was just such a great personality and such an excellent heir to Trevor Hoffman in San Diego's bullpen that I couldn't help but love the dude.

It's not like his cards are a big-money wallet drain, either. I picked up a few of them recently and thought you might want to take a look at a portion of my Heath Bell collection. 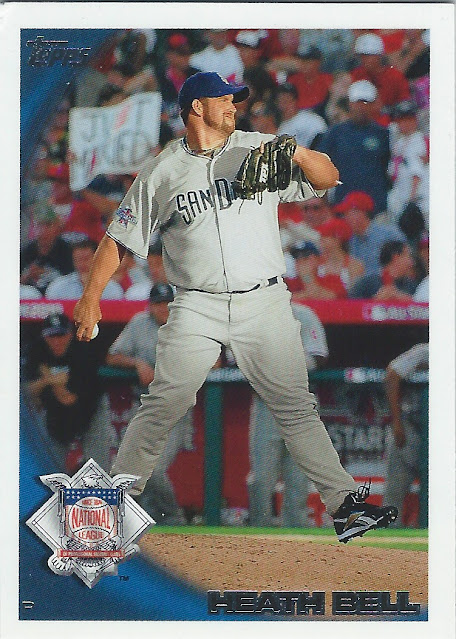 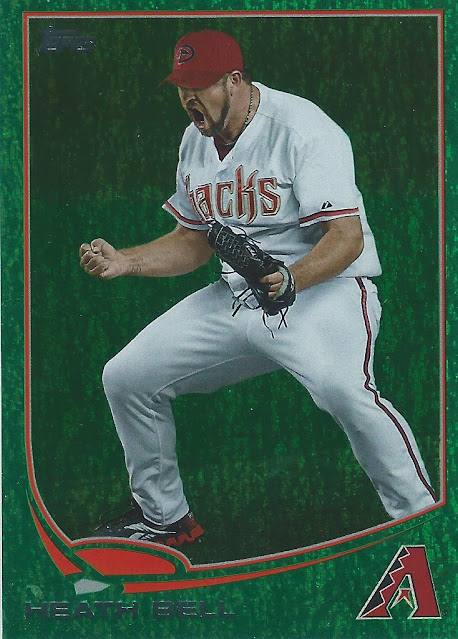 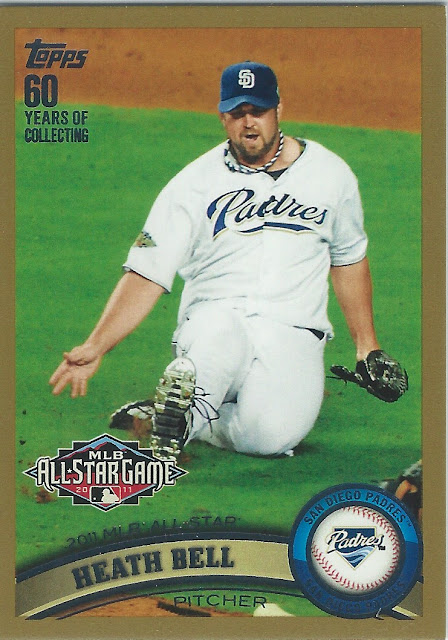 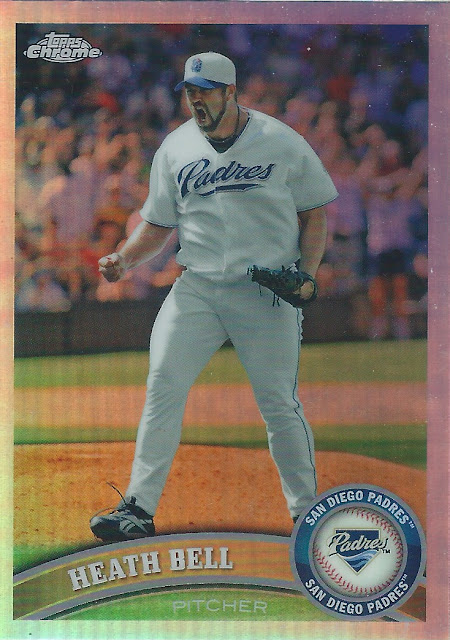 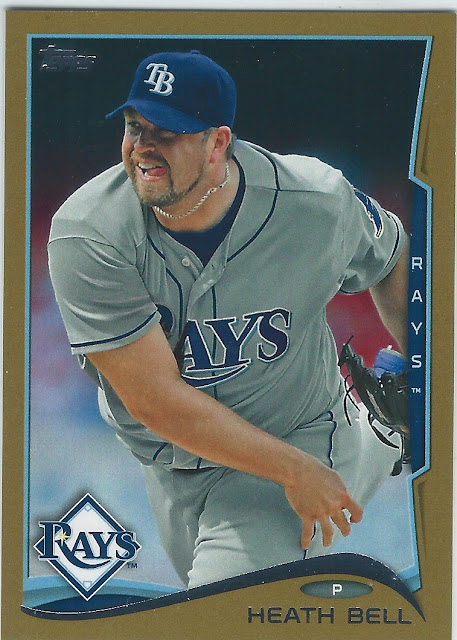 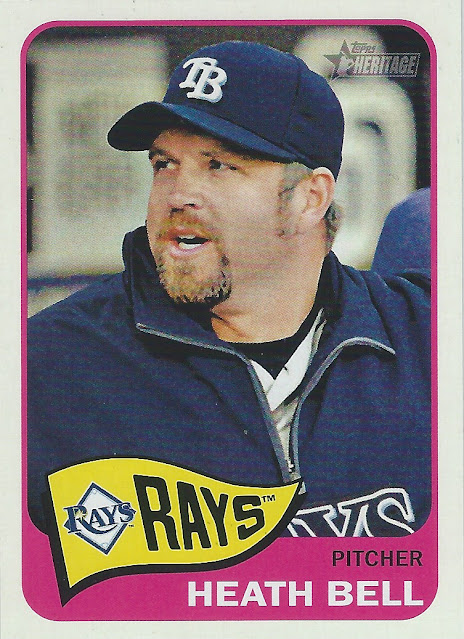 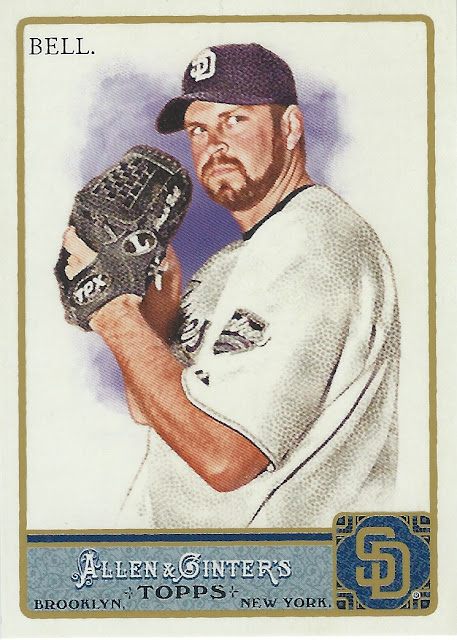