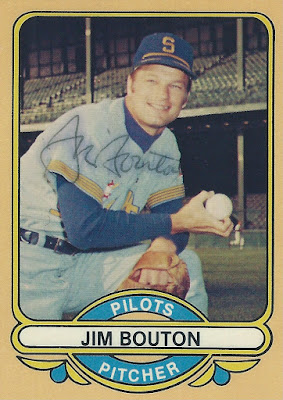 You'd think that'd be the end of it - and that's where you'd be wrong, my friend! There was this late 70s/early 80s outfit run by one Renata Galasso. She sold Topps sets out of her Brooklyn business in complete batches, back when that wasn't really a "thing" - and then moved on to create her own cards as well. Hey, what do I know about all this - I just read about it on the interwebs. Here's a good Shlabotnik Report post about some of her cards.

In 1983 the Renata Galasso organization decided to put out a tribute set to the 1969 Seattle Pilots. In 2020, the Card Hemorrhage blog decided to buy a complete 43-card version of said set on eBay. This is how I finally get to have a card of Jim Bouton in a Seattle Pilots uniform; even though his classic Ball Four book documents his year with the team, he appeared in neither the '69 nor '70 Pilots Topps sets (too late for one, and drummed off of the team in the wake of the controversial tell-all book for the other - or at least that's what I heard on a recent podcast from the author of this Bouton book). 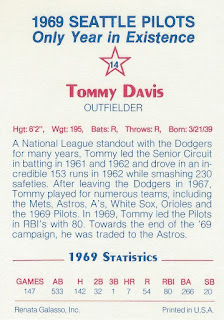 So yeah! This 43-card set contains every player, coach and manager to be a part of that star-crossed, ill-fated 1969 Seattle Pilots team. It's a nice one - and jeez, somehow my set is in perfect condition, no doubt cared for by a fellow card nerd. The backs uniformly have an "Only Year in Existence" sobriquet, along with a bit of overall information about the player or coach's entire career - as you can see here with Tommy Davis - along with their stats on the '69 Pilots.

Let's take a look at the cards in this set, first in a few individual scans of cards, and then a nice sloppy photo of the entire set, laid out on a rug in my sun room. 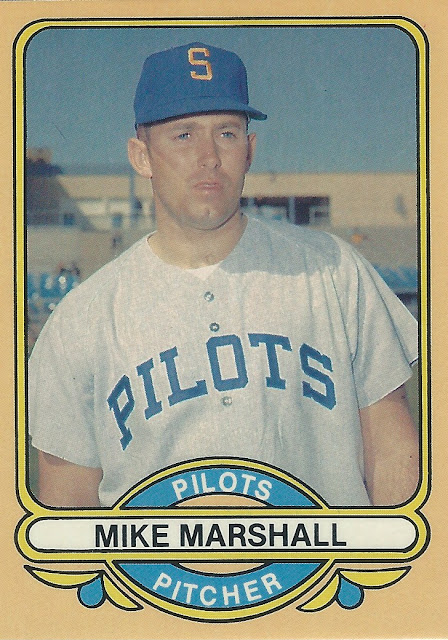 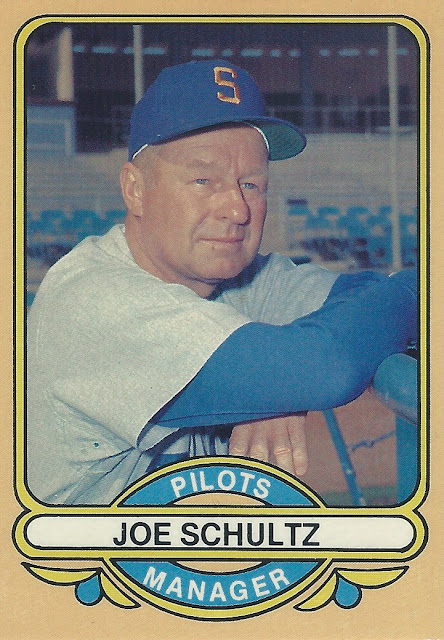 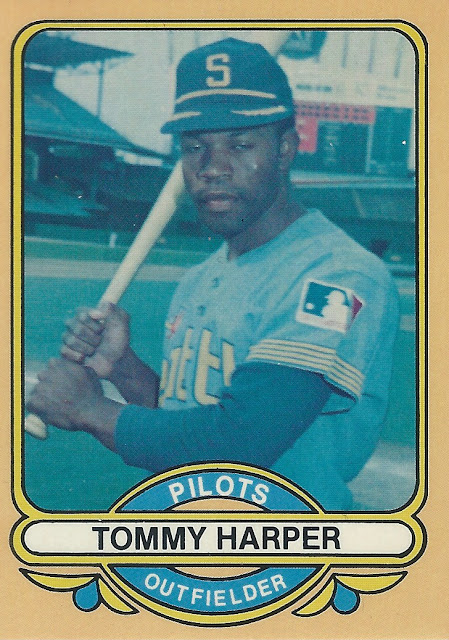 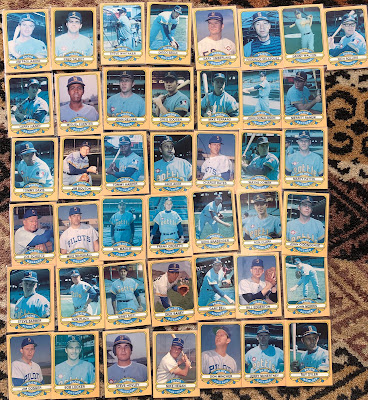