Matt Carasiti is Another Guy I Collect 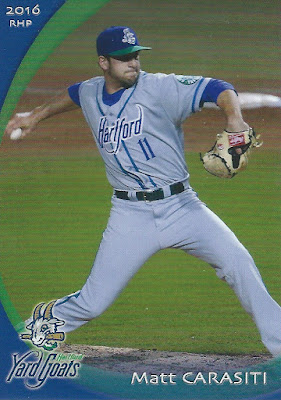 Believe it or not, folks, the 2020 MLB season actually did get off to some sort of start this year.  I can remember it well. In late February, I was listening to my local SF Giants broadcasting station KNBR, and Marty Lurie's afternoon show live from Spring Training during the "pitchers and catchers" portion of the spring. Lurie had as a guest one Matt Carasiti, a guy trying to make that Giants as a reliever and as a spring training, non-roster invitee.

I'd never heard of Carasiti, but I learned during the interview that he'd had the proverbial "cups of coffee" with the Colorado Rockies in 2016, and with the Seattle Mariners just this past year. He'd played in Japan in the interim, as well as for an assortment of minor league teams starting in 2012. His interview with Lurie was great. I instantly warmed to the guy: articulate, funny, interesting and just one of those dudes that you totally root for, and wish nothing but success for. He talked about proposing to his wife in San Francisco, and about how important it was for him to try his best to make the Giants in the spring and get a chance to play big-league ball again in 2020, as well as told some stories about his time in Japan and about the life of a player on the minor/major-league bubble. I vowed on the spot to start pulling together a Matt Carasiti baseball card collection, even though I'd never seen the guy pitch.

And then - maybe a week later? - I read the news that Carasiti blew out his arm in camp, and had to immediately undergo Tommy John surgery. Totally heartbreaking. This was a guy who clearly knew that he might never pitch in the majors again, and then this happens. I redoubled my efforts to ensure that I built up the world's finest Matt Carasiti baseball card collection.

It took me a few months and a bit of internet sleuthing to track down his Hartford Yard Goats card, among other things, but here's what a bit of what I've got from Carasiti. First, if you happen to have a Matt Carasiti card sitting in your own collection, it's probably some variation of this card.....and look at how many of them there are...! 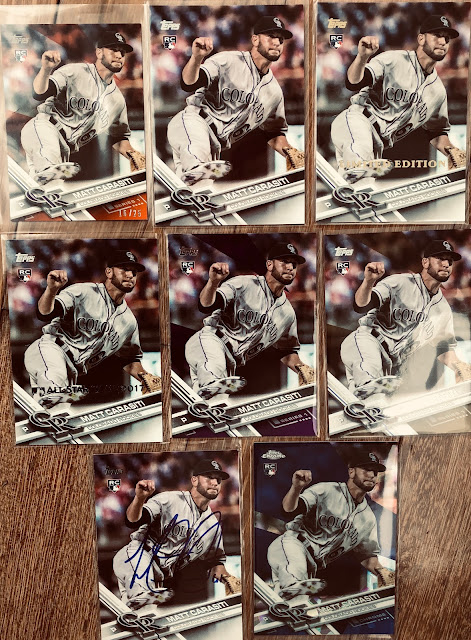 There's a ton of 'em, but I think I have them all - including an autographed version of one of them on the lower left. Here's that card again: 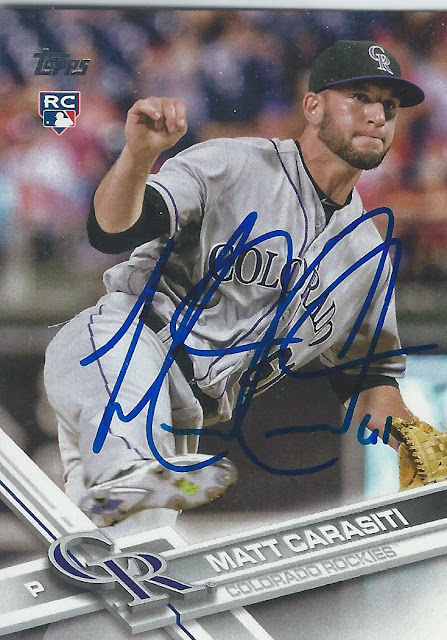 And now to a few other highlights from the Matt Carasiti collection: 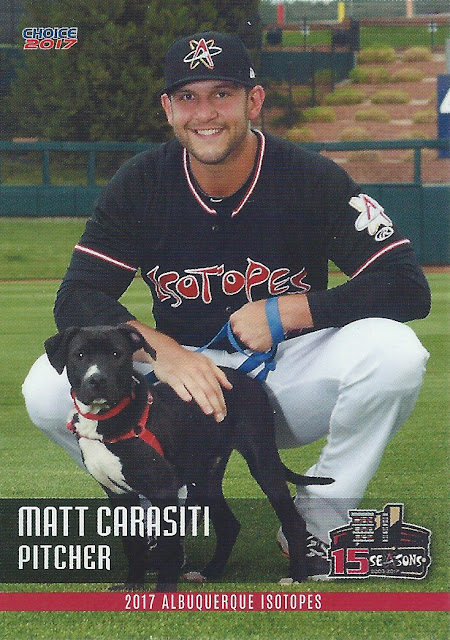 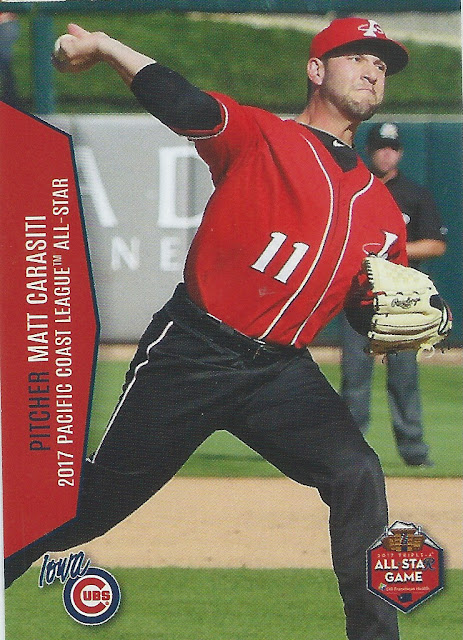 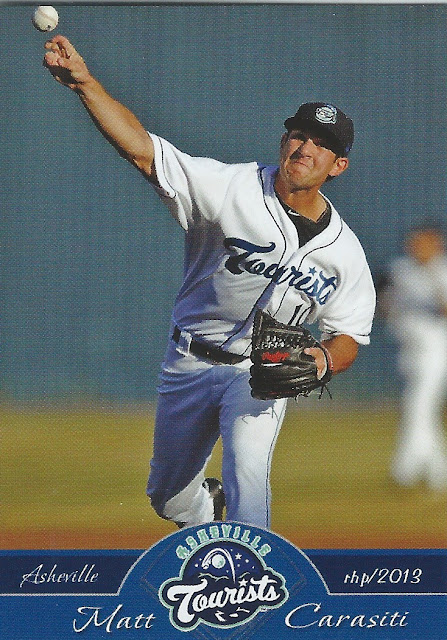 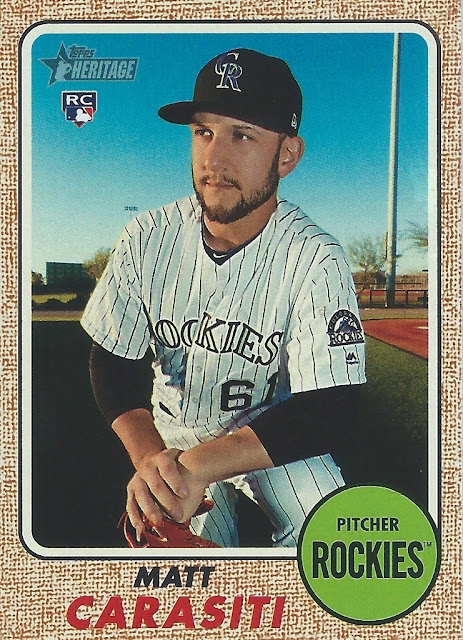 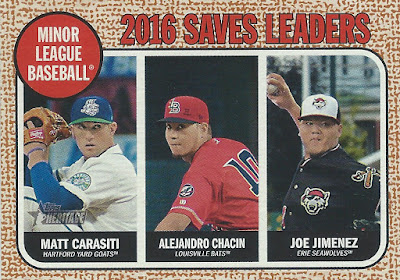 I'm still missing two Carasiti cards to complete the collection, far as I know: this 2014 Asheville Tourists card, and a 2015 Modesto Nuts card. With those, I think I'll be all caught up, at least until the man returns from Tommy John and lights up the National League in 2021 for the Giants as our closer. Anyone got a spare of either of those?
Posted by Jay at 8:37 PM