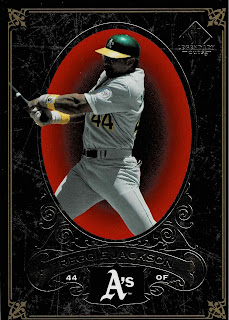 There are more than enough retro, "legends of the game"-type sets of Hall of Famers and past superstars to go around. A cost-conscious collector can stay busy just focusing on these alone, pulling together any number of sets full of Mays, Musial, Gehrig and so forth.

Some, of course, are better than others. Here at Card Hemorrhage, we have a few favorites. There's the 1991 Swell Baseball Greats set. The 1994 Upper Deck All-Time Legends set. There are the 1989 and 1990 "Pacific Legends" sets. And then there's this one, the one we're celebrating today, the black-bordered 2007 Upper Deck SP Legendary Cuts set.

Unusually, this set numbers up to 200 cards, but the first 100 are the normal base cards I've scanned here, and the second 200 are horizontally-oriented "Legendary Lineage" cards, each in an edition of only /550. I don't have any of those, and I shan't be seeking them. The first 100 cards are enough for me, and I've cobbled quite a few of them.

You'll see that they don't scan all that well - much of the gold "fleur de lys" detail on them is lost to the scanner, and everything I scanned came out way too dark - so you'll have to take my word for it if you haven't seen them in person: these cards look great. They have a short summary of the player's career on the back, along with his career stats. The guys start in the early 1900s and go up into the 1980s or so.

Here are a few of the superstar fellas in the first 100 cards of the set. 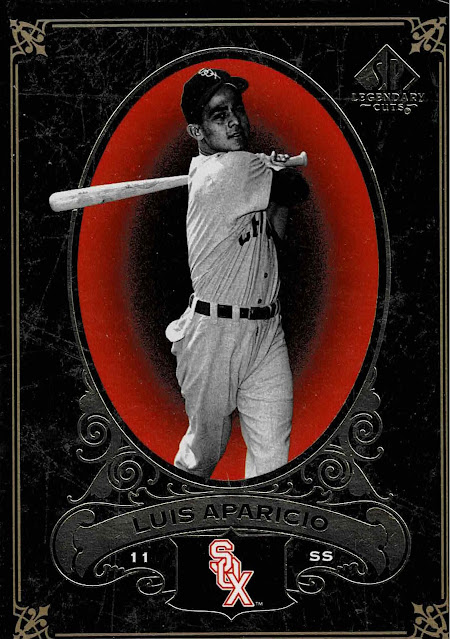 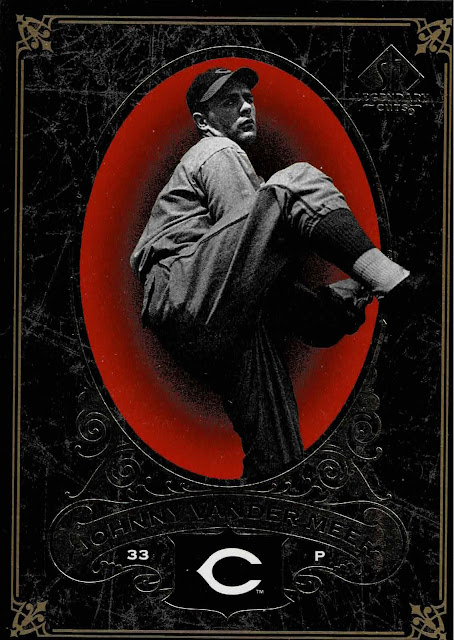 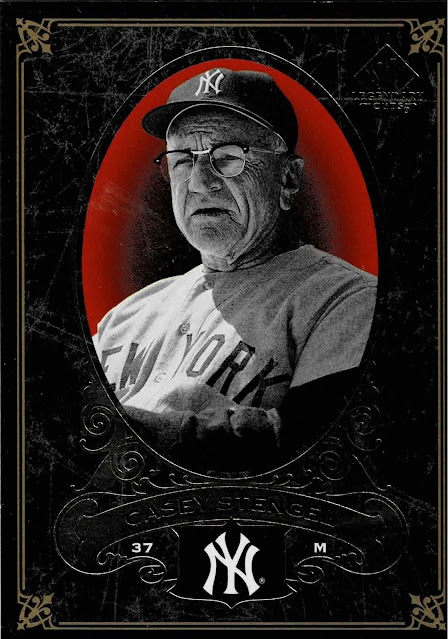 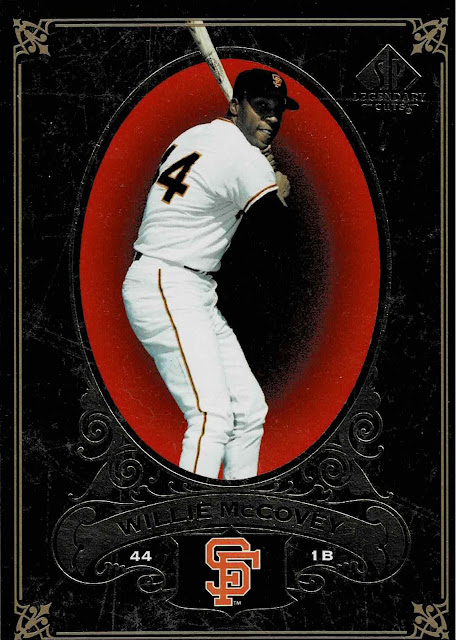 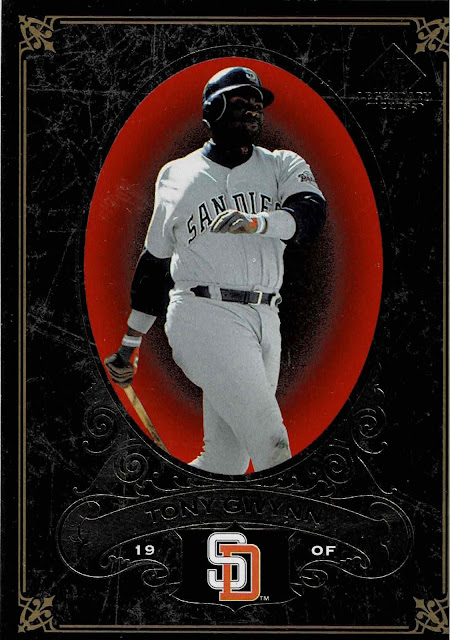 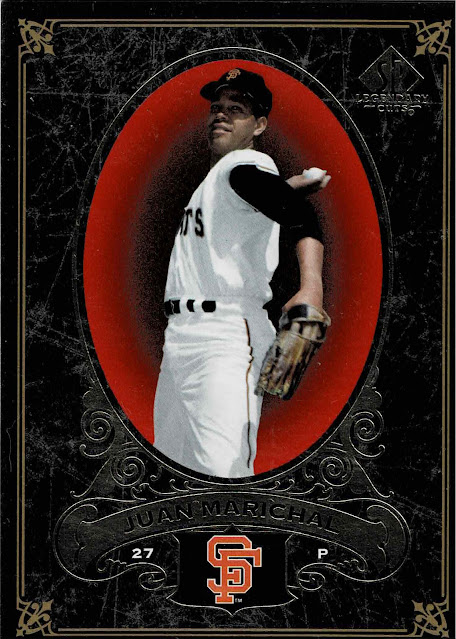 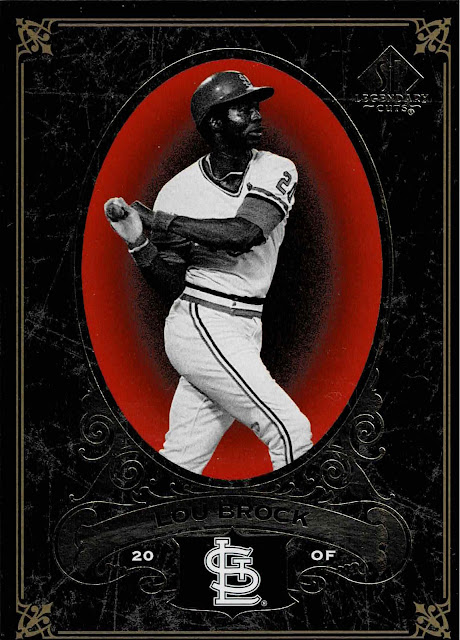 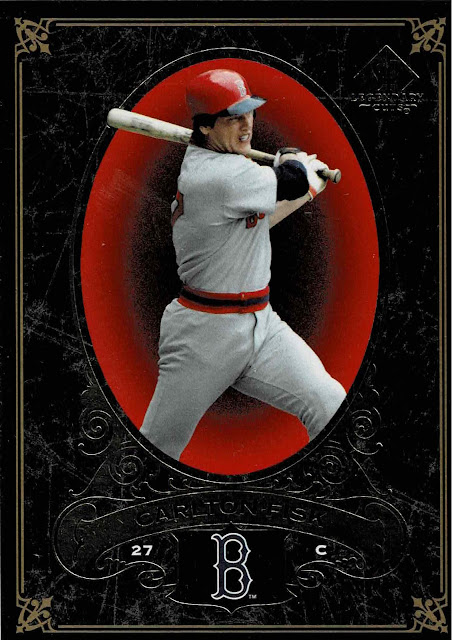