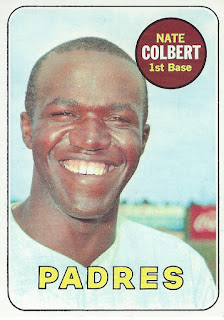 I'm not 100% sure why I started a Nate Colbert personal collection, but I have. I think it has something to do with my connection to him as one of the San Diego Padres' only historical "stars" while I was growing up - though his best years with the club pre-date me being old enough to pay attention. Randy Jones won a Cy Young award; but before Tony Gwynn, it felt pretty barren in San Diego - hence my fascination with Colbert back then, a guy who clubbed 38 homers in 1970 and another 38 in 1972. Or maybe it was him hitting 5 home runs in a doubleheader - see card below.

And no, he wasn't a star per se - he made 3 All-Star teams, and he got some MVP votes in 1972 - but in 1974 he really started to fall off a cliff, hitting .207 that year and then below the Mendoza line in 1975 and 1976. After 5 hitless at-bats as a DH for Oakland in '76, he was out of baseball. Yeah, that's the kind of guy who looms large in my mind but in few others, and hence the perfect guy for me to collect. I just picked up a bunch of his cards this week. This is what they look like. 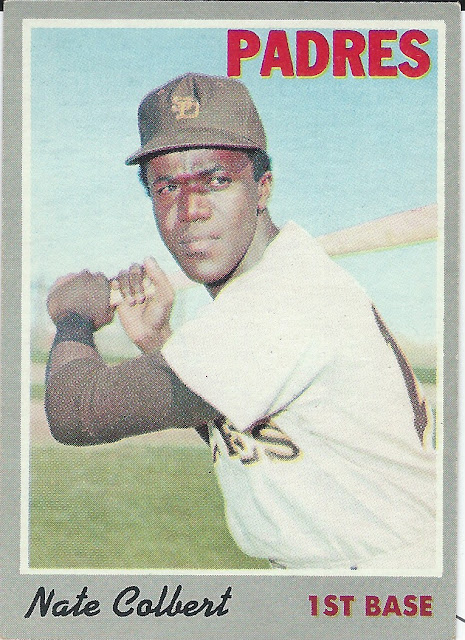 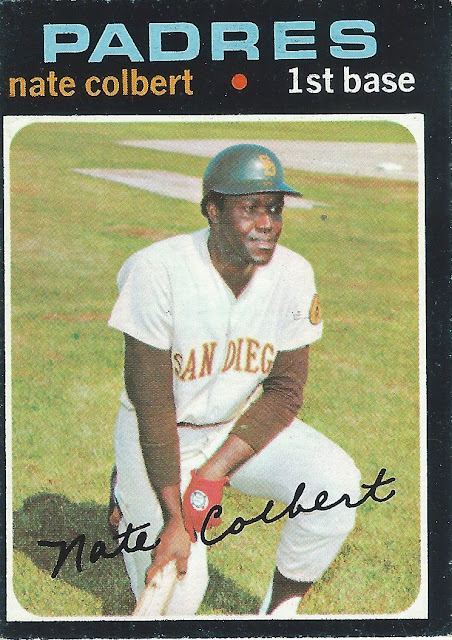 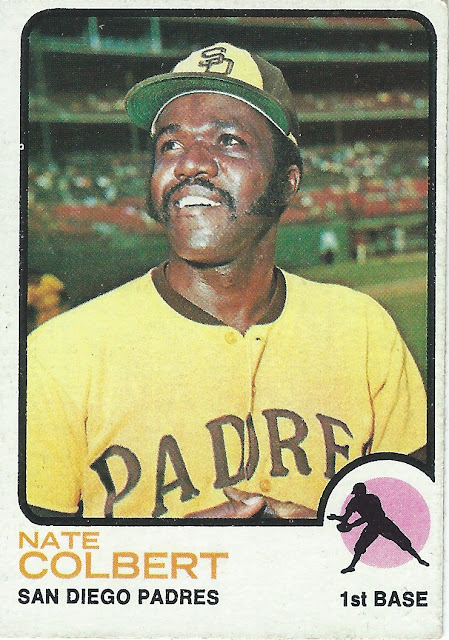 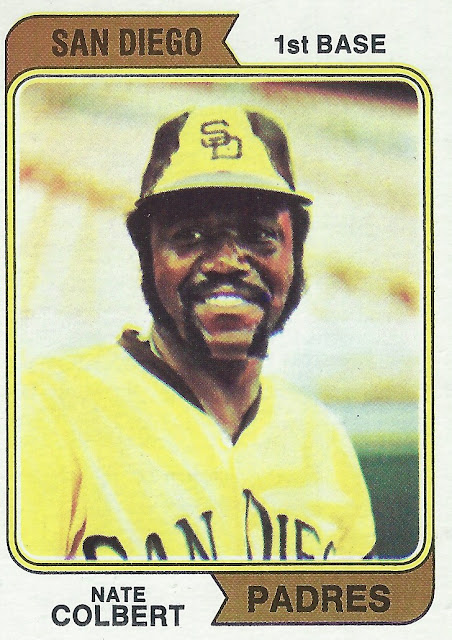 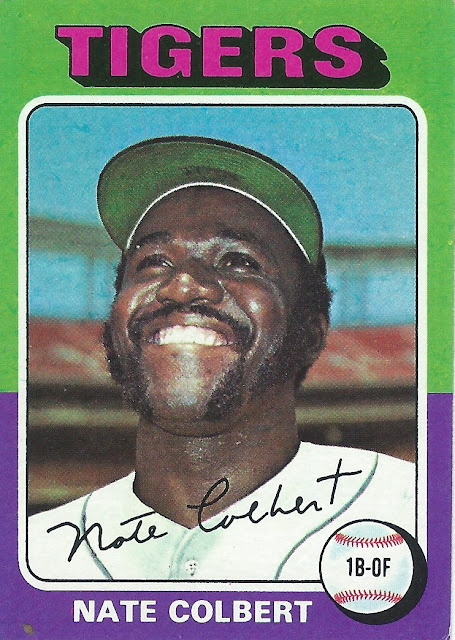 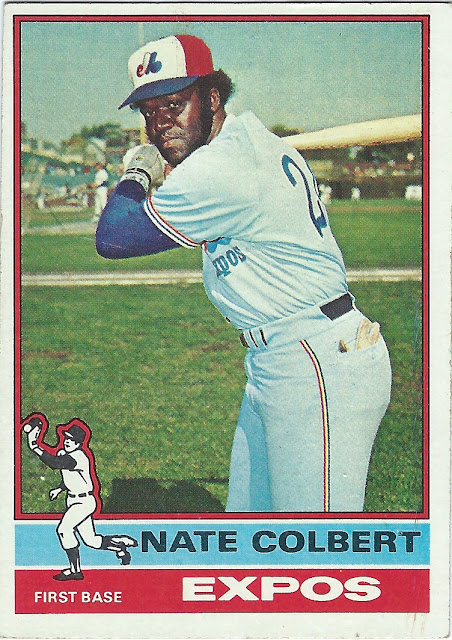 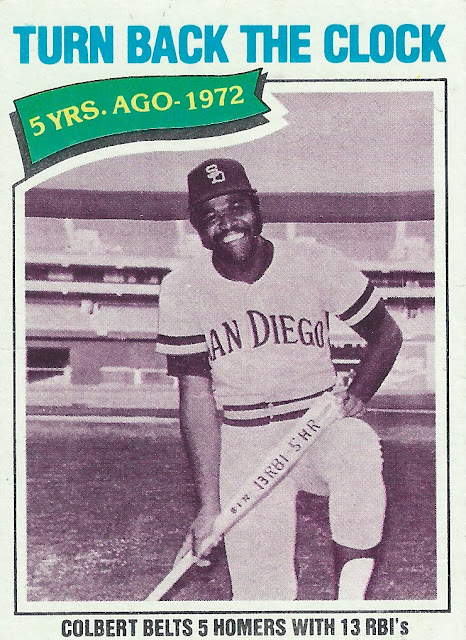 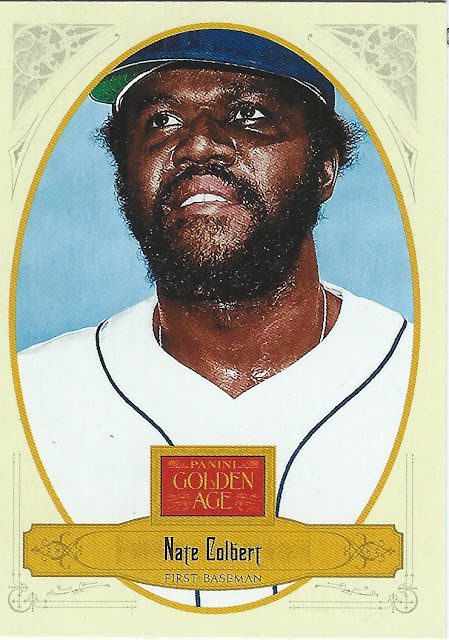