Check Out These KBO Cards 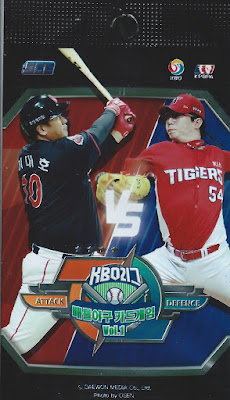 Remember how excited we were that someone, somewhere was playing baseball this year, and how we started watching Korean Baseball Organization games on TV in the middle of the night? (Or in my case, on TiVo after recording them). The KBO had barely registered for me before this year, and while I can't say I instantly became a true fan of it - or that I've kept up watching the games - I will say that I liked it enough to want to collect a few of their baseball cards.
Enter my pal Tim, whom I've known for so long that I've known him for quite a bit longer than I've known my wife of 22 years. Tim and I published underground music fanzines in the 1990s; he played in some very cool San Diego bands; and now he actually works for the Padres (!) and enjoys the same middle-aged card-collectin' pursuit that I've pursued myself.
He sent me a pack of KBO cards that arrived in the mail today, and I was so excited that I just reckoned I'd blog 'em right up for you here, right now. Now don't get me to try and tell you who these guys are, because I don't know them, and I'm not able to read Korean (yet). They remind me of the Match Attax soccer cards my son was collecting a few years ago, where each players gets a rating, and you can use them to play some sort of a "game". Maybe you folks know how it all works? Here, take a look at some KBO cards. 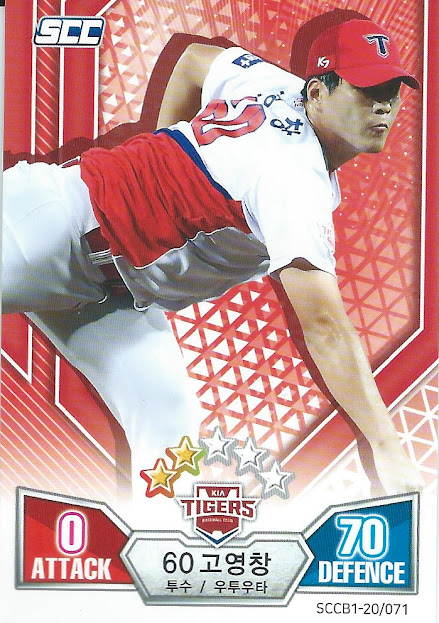 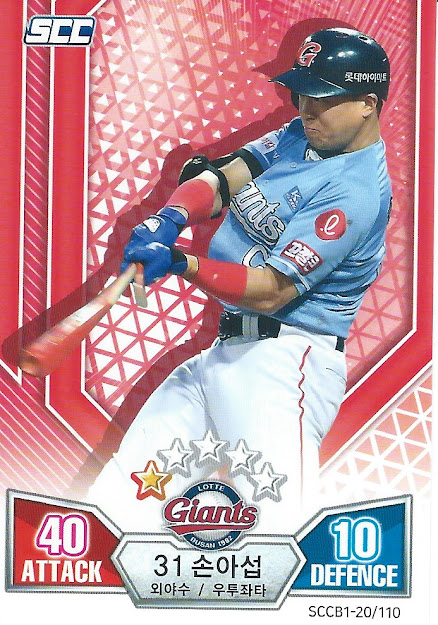 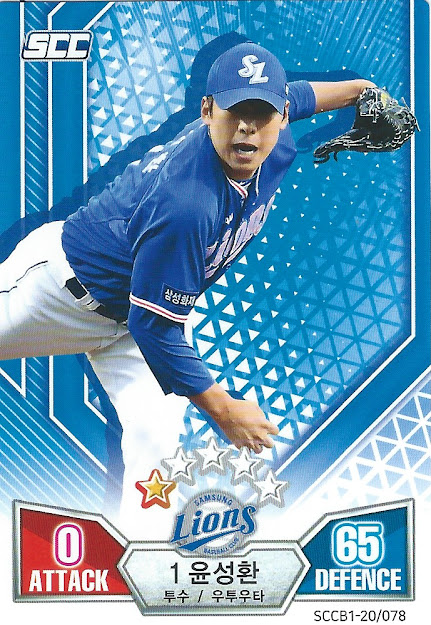 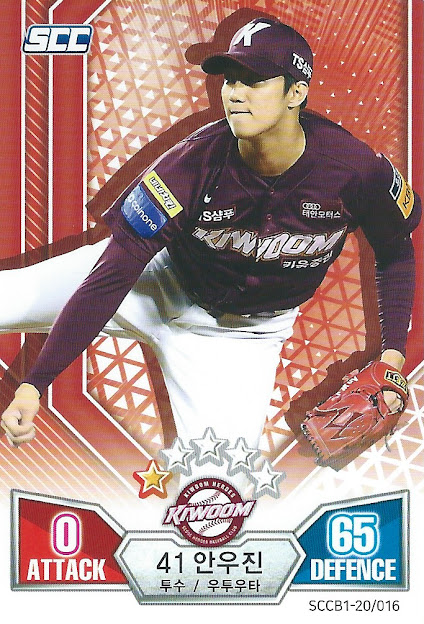 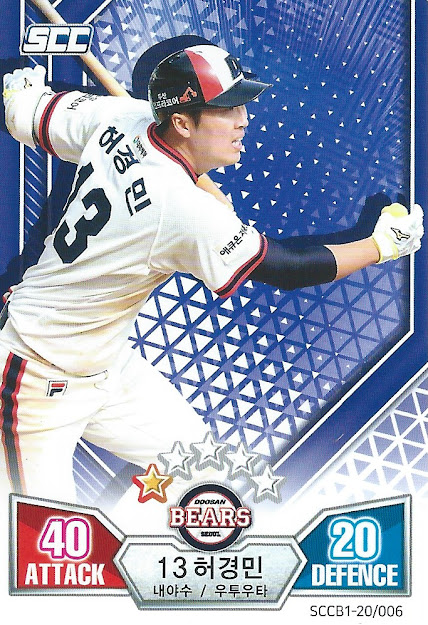 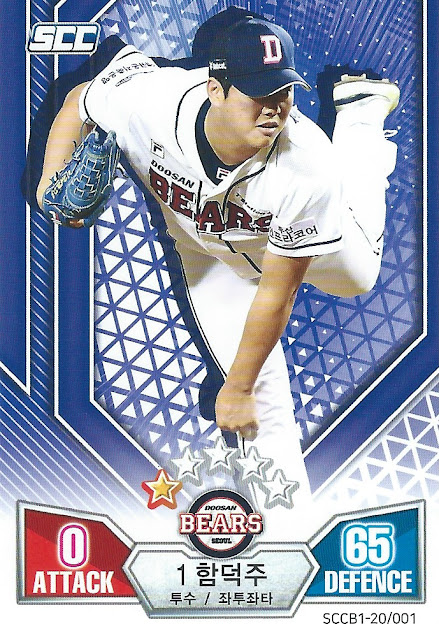