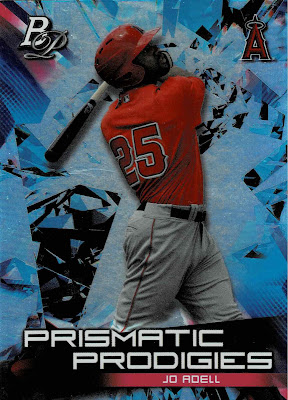 The two prospects that I decided to bet on and collect a year ago were San Francisco's Joey Bart and the Los Angeles Angels' Jo Adell. I liked the swagger of both, and I liked their odds to come up immediately, in 2020, and make a big difference for both teams - both of whom needed another young difference-maker to make up for the haphazard pieces they'd assembled.

2020 was a bit of an odd year for baseball, for sports and for the world, as I'm sure you remember. Both guys did come up, and in a relatively small sample size for each of them, barely contributed a thing. "Inauspicious debuts", you might call them. I'm still bullish on both guys - but then I'd have to be, because I've been collecting their cards all year, haven't I?

Anyway, some new (to me) Adells and Barts have come out recently and have made their way into my clutches. 2019's Bowman Prismatic Prodigies was a line of cards I wasn't familiar with, but I found a lot of them on eBay the other day that included both of my dudes, so I bought it. I like them. Here's what Bart's looks like: 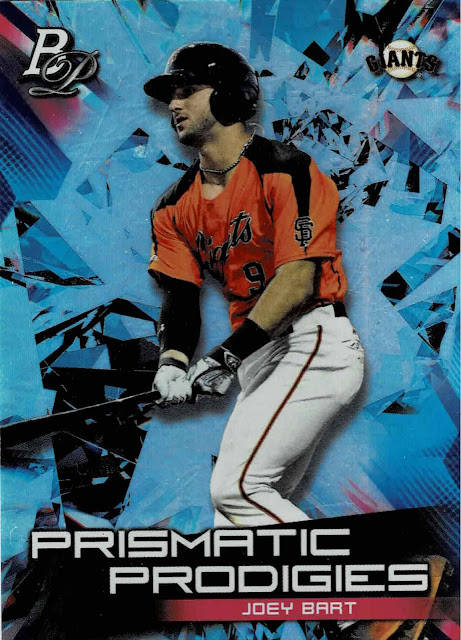 Both guys were also featured in the relics that sparingly came with Topps Heritage Minors 2020, a set that I've completed in full (not all the relics, just the base cards, short prints and a smattering of extras here and there). Looks like Adell's jersey got a bit of a workout on the day they cut it up, and we've got some loose thread action going. 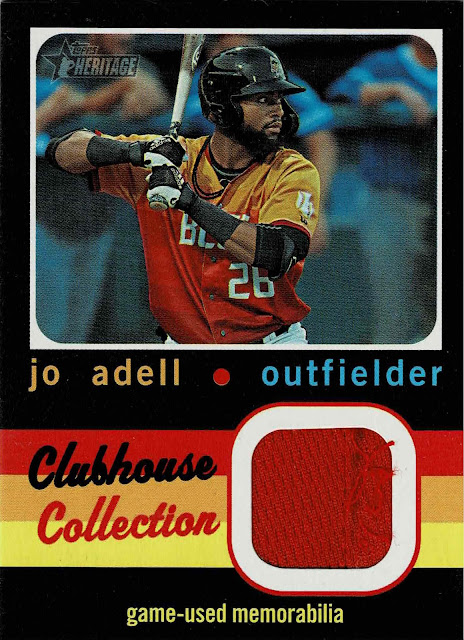 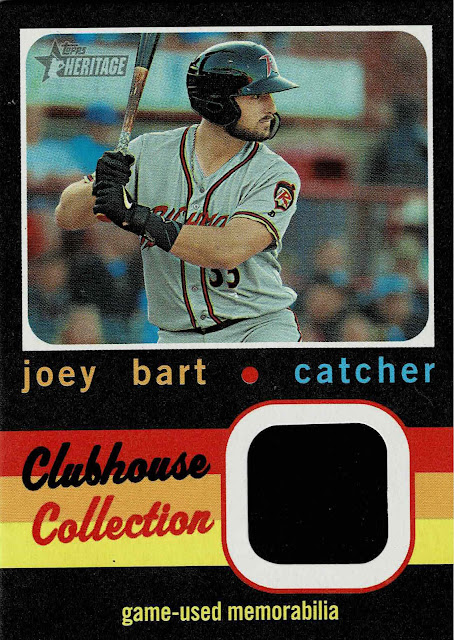 This next Joey Bart comes from a Bowman's Best "Franchise 2020" spin-off that I really don't know much about. This would be an "atomic refractor": 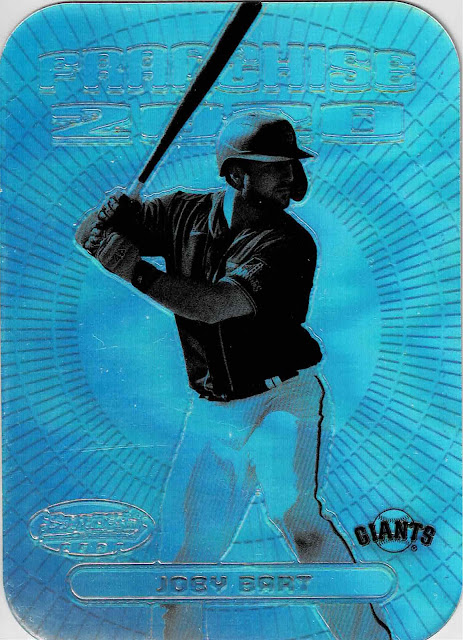 Finally, to close our proceedings today, I have a shiny 2019 Bowman Chrome 1990 throwback card of Mr. Adell, #90B-JA. See you later in the week, 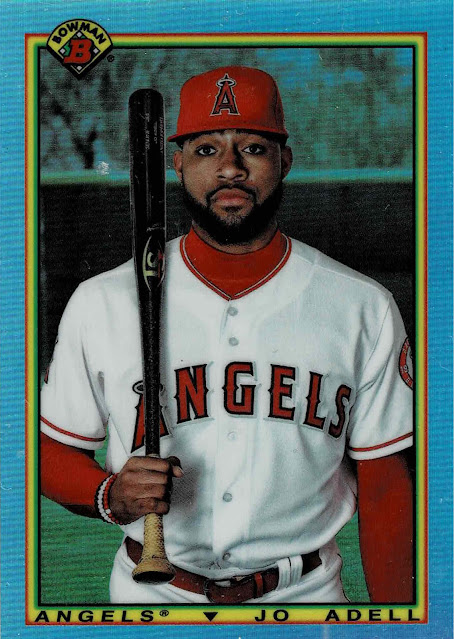