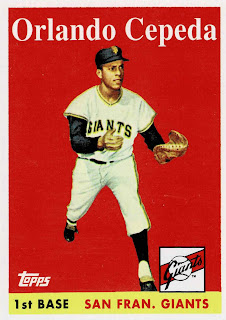 I didn't exactly set out to collect cards of one Orlando Cepeda - "the baby bull", and a San Francisco Giants legend - but it kind of worked out that way anyway. If you collect the Giants, then Cepeda cards will find their way to you - particularly because he's a legend, and therefore part of sets that have come out every year since he stopped playing in 1974.

Most of my Cepeda cards aren't from his actual playing days, but I'll get there eventually. None of these are cards I actually went out and bought, aside from his 1962 Topps and Fleer cards - they came to me in trades, pretty much. He's a fairly affordable guy to collect and had a long and storied career. Here are 10 of the cards of his I have lying around. 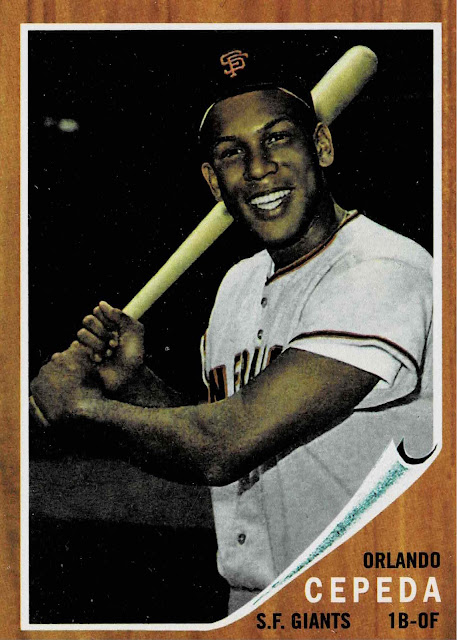 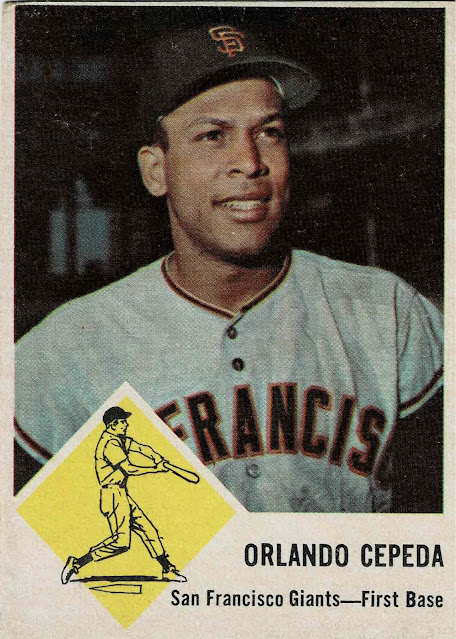 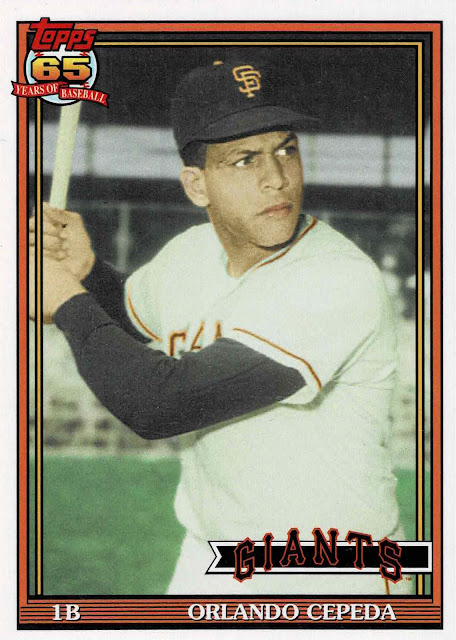 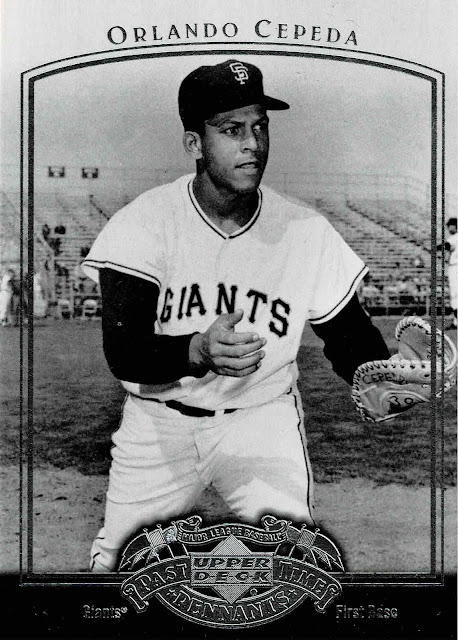 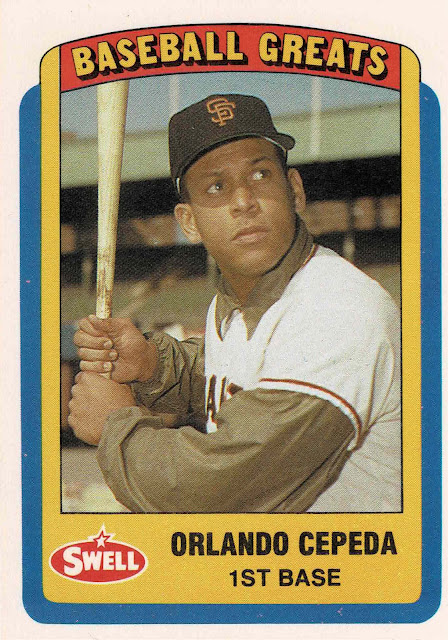 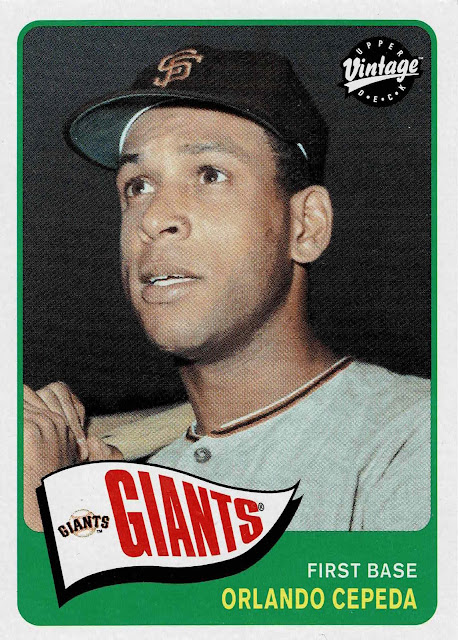 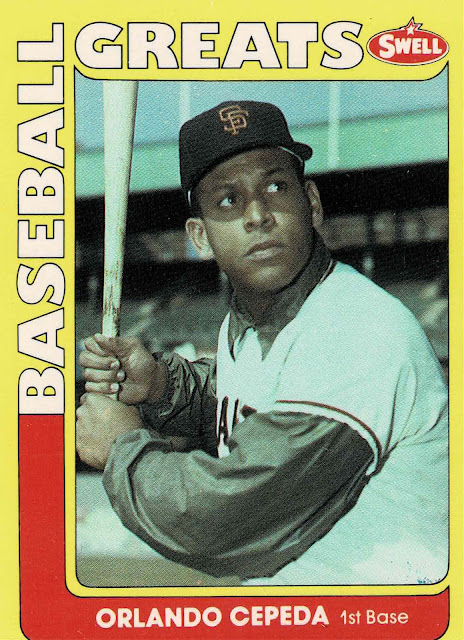 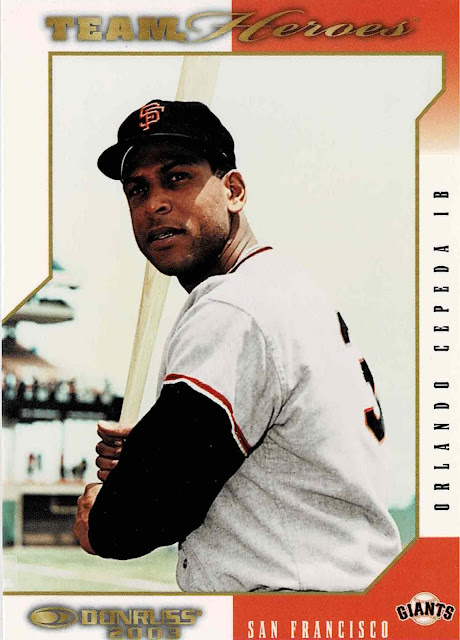 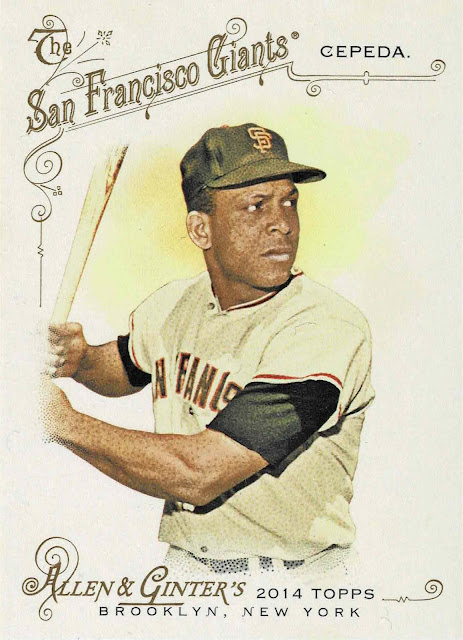 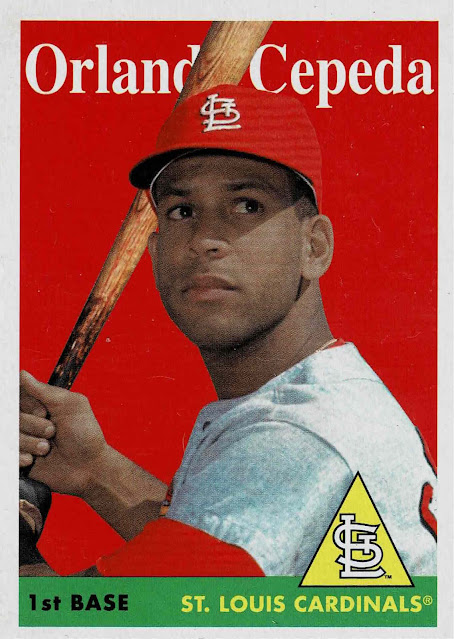 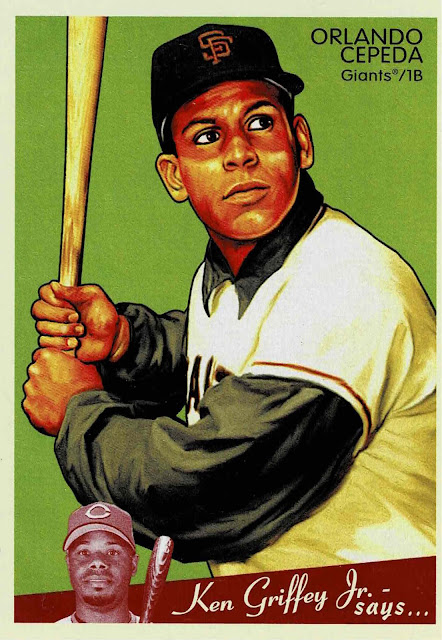