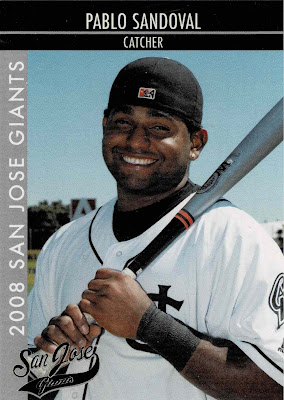 Made two big dents in my Pablo Sandoval player collection needs this past week, and I'm pretty happy about it. Sandoval's is my chief player collection, and it's the one that's furthest along. I'm mostly working on tough-to-find minor league cards, variations/parallels and relics at this point, with a few base needs that I need to track down from weird non-Topps brands (I think there are some Leaf or Panini things I don't have of the man's just yet).

When he came up that year, I didn't even know who he was. He hadn't been one of the hyped prospects, so when he started raking and playing the game with such joie de'vivre, he joined the other new guy Tim Lincecum as my two favorite players in baseball.

Now here's another new Sandoval card in my collection from TriStar Authentics. It's from 2007, after Pablo had played a year in Augusta, GA in 2006 and had just joined San Jose. He's listed as a first baseman. Have I ever seen him play that position? I don't recall. I certainly remember his pitching performances, though. 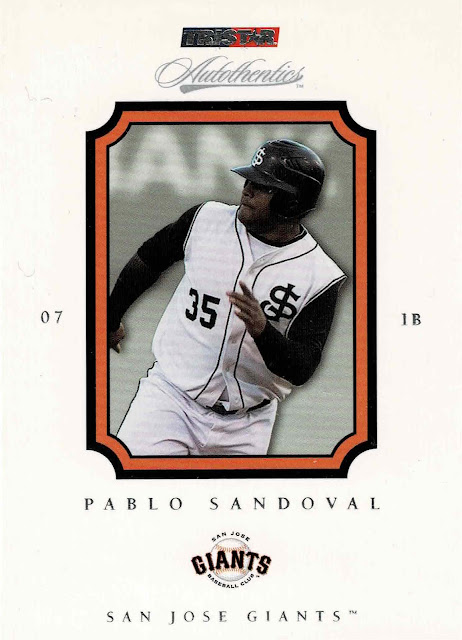