Get Ready for Heliot Ramos 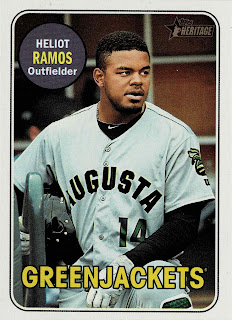 These exciting prospects are a total crapshoot when it comes to collecting. As regular readers know, I've made my bed with Joey Bart (Giants) and Jo Adell (Angels), just because chasing prospects cards are kind of fun, and you never know which one you track down is going to end up being the Mike Trout 2009 Bowman Chrome Superfractor.

Anyway, if any of the guys I'm following in the SF Giants' farm system does end up becoming a Posey, a Linecum, a Bumgarner, what have you, I guess I'd like to pay next-to-nothing for their early cards while I can. That said, the word is definitely out on outfielder Heliot Ramos. Though he's only at AA right now, he's doing just fine - better than fine - for the Richmond Flying Squirrels, and I think it's a matter of days/weeks before he's playing in Sacramento (AAA), with a potential September call-up to San Francisco in the making.

Last year, both Bart and Adell struggled for their respective teams, and both are in the minors now. I, of course, have a ton of cards on each of the fellas. If they end up being cup-of-coffee players, ah well. It is what it is. Right now the new prospect thrill in my world is Mr. Heliot Ramos, and I'm doing a little bit of the legwork to track some of his cards down. Here are the 11 I've got going so far. 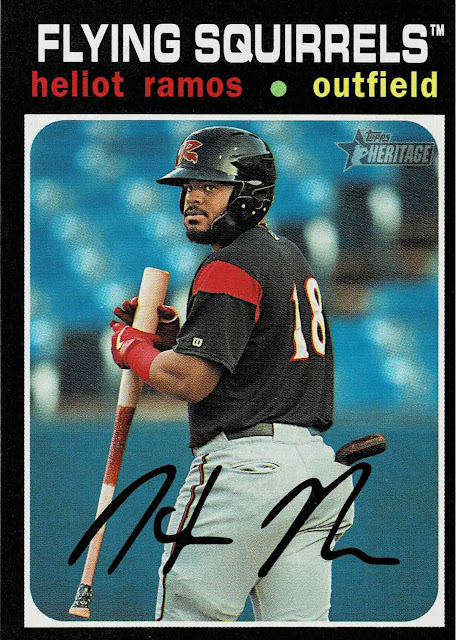 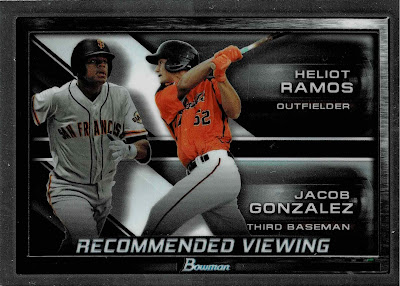 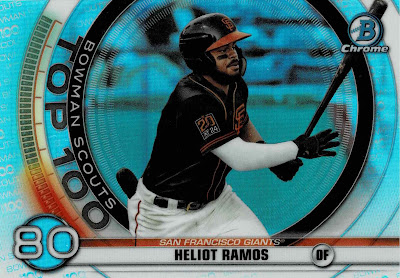 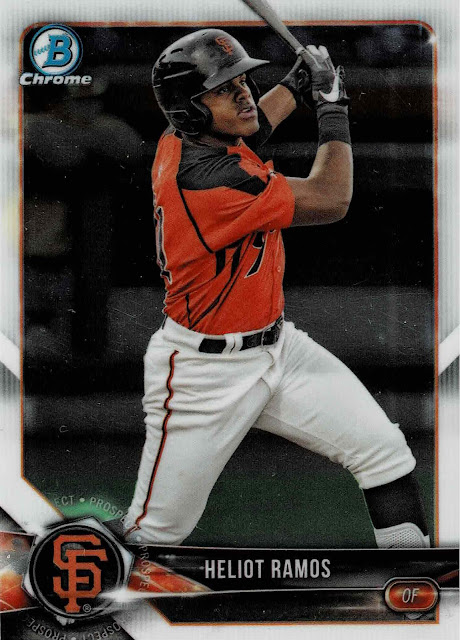 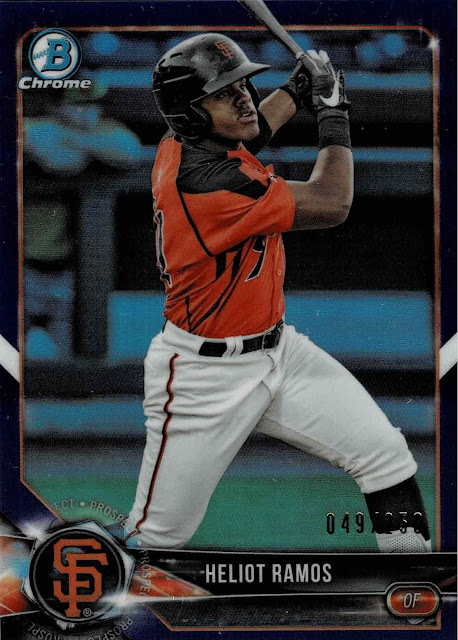 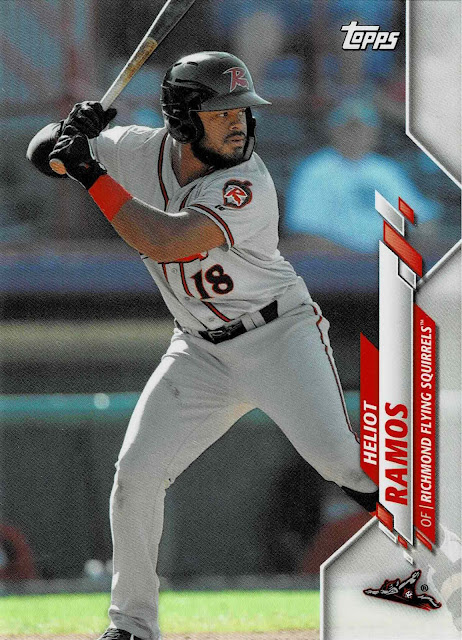 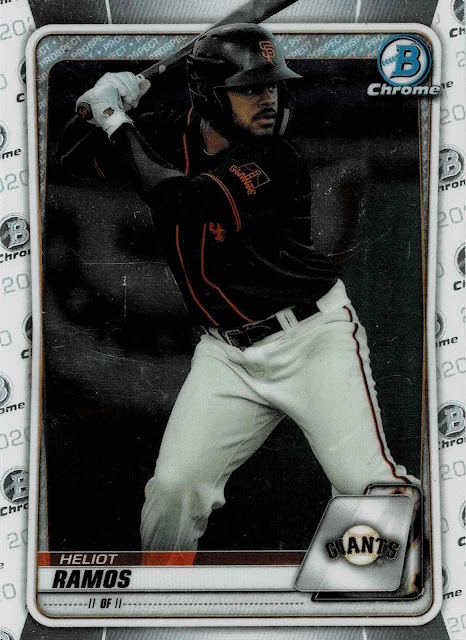 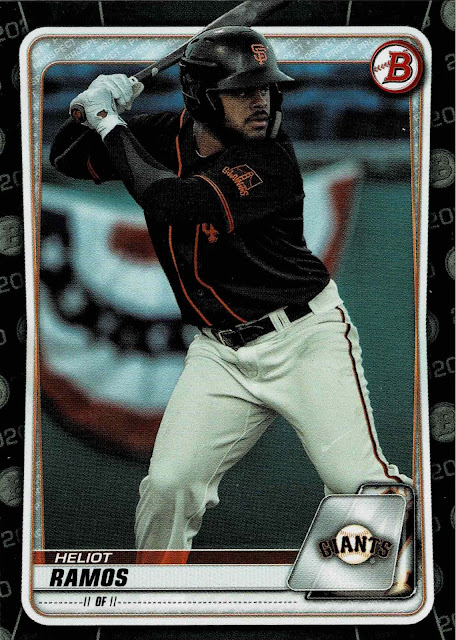 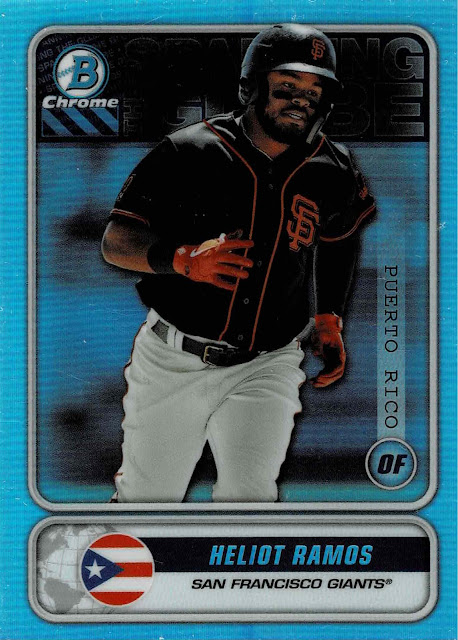 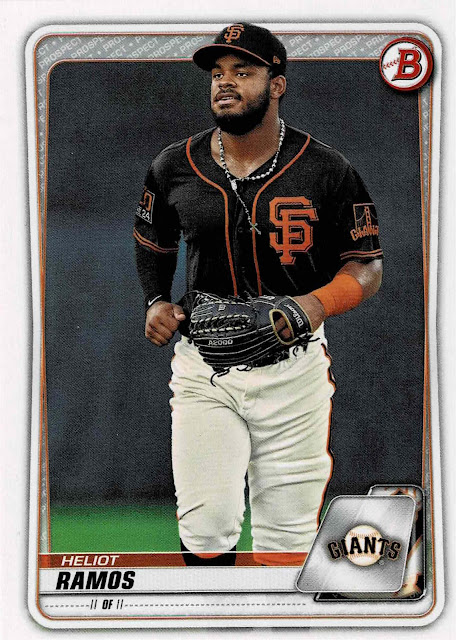